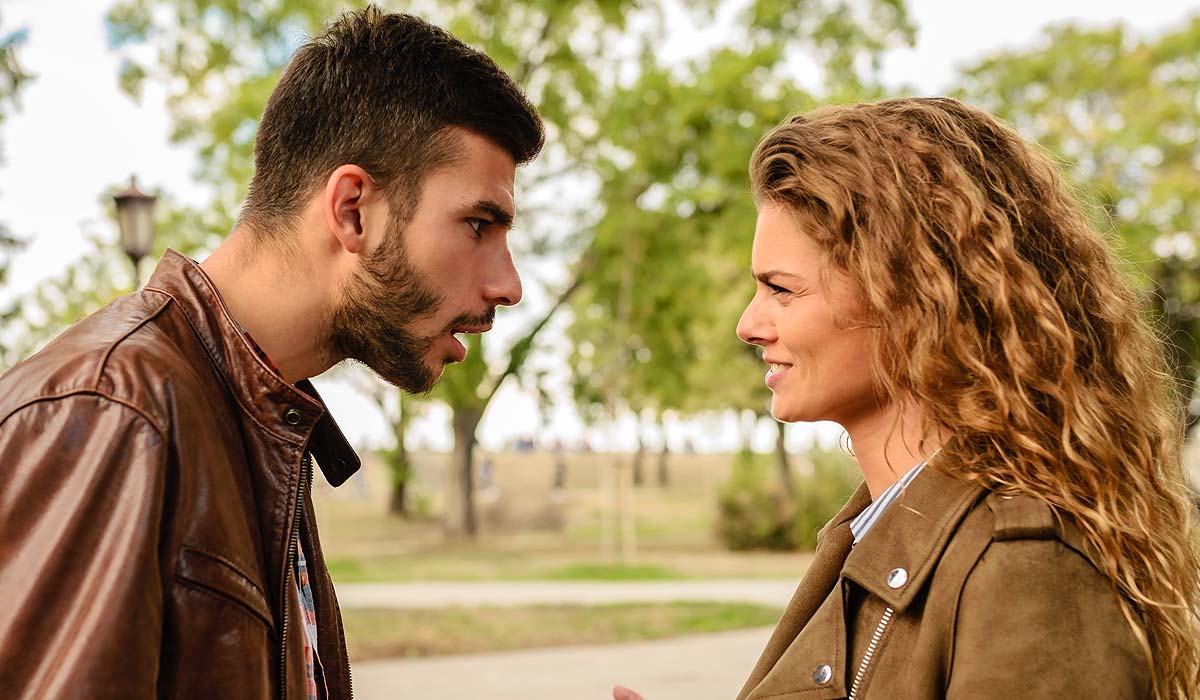 Every word we say, every action we take — others around us observe them.

Then interpreted for meaning.

But careful: How we communicate and understand the world is bigger than a pure transactional concept: “You give me fact A”, then I respond with any of a few possible options.

To be sure, when 2 guys talk, it may seem like they’re just swapping a few facts and then call good. If asked, that may be all they admit to.

But there’s much more going on as we go through the day and interact with others.

Because that thing I did gets interpreted in very different ways by different observers.

“If you don’t give people information, they make up something to fill the void”

All for fun or with deep social commentary?

Way back in high school, a couple friends and I made a movie. Clearly inspired by the Monty Python gang, we put our blind friend Bosse into every imaginable crazy situation around the school. Just for kicks. To make a nonsense film.

We featured him ambling down hallways, swinging his white cane, looking for something that wasn’t there. Even crossing a swimming pool (fully clothed, with cane).

It was a series of short scenes, cut together with no intent to form any story or narrative. The ending shots were of our hero falling into a garbage can and then seeing sanitation workers empty garbage cans into a garbage truck.

Come to think of it, even the Monty Python guys might have scratched their heads at this little film.

Not so our literature teacher. He watched the film with our class. And then proceeded to explain the deep significance of this work of art. How it was a symbol of the student struggling within a confusing educational system that didn’t adequately prepare him or her for life. Yada, yada, yada. He went on much longer than the 5 minutes of the film.

We were amazed. No, hadn’t even remotely thought of this film as a commentary on student alienation. Or anything else. Definitely didn’t make it as an allegory or social commentary. And didn’t feel that life was a meaningless struggle.

The lesson I learned then and there is that everything can (and will) be interpreted. And when I create or communicate, I don’t (and can’t) control how it’s interpreted by the receiver.

I can strive to communicate clearly, but hearers will still interpret everything. That’s just part of the communication process.

“Any problem, big or small, within a family, always seems to start with bad communication. Someone isn’t listening.”

This interpretation process can be awesome in storytelling. Because hearers/readers/viewers interpret what they see and fill in the gaps, I don’t have to tell everything.

In fact, really good storytelling purposely leaves out some details. But our minds don’t like gaps. So we’ll jump in and fill in missing details. Because of that investment, I’m now connected more deeply with the story.

That’s why a book or oral story may be more engaging than a movie. After all, in the movie I see everything. No gaps to fill in. Especially if the movie maker spells everything out for us.

The author might simply write: “Caroline entered the room to find herself face-to-face with Bridget.” On the movie screen, we see Caroline enter a room. We see Bridget. But we also see exactly what the room looks like. How bright or dark it is. Lots of details that help us understand more about what’s going on in the scene. And what to expect. Fewer gaps to fill in.

Of course, really good storytelling in film knows that and so filmmakers choose to leave out detail. Or segments of the story.

To continue with the above scene. Caroline walks over to Bridget and says, quite dramatically: “We have to talk!” Closeup of Bridget’s face. Then cut to the next scene in a different location.

Wait, our mind already imagines the serious conversation the Caroline and Bridget had. And when we next see them walking along together, we are relieved. Because obviously that conversation we didn’t hear cleared the air and settled the issue. At least for now.

The story moved along, thanks to us, the viewers, accepting taking on being part of the storytelling by filling in missing information.

On the other hand, if the film maker shows us every word and leaves nothing to fill in, we’re probably not engaging very deeply with our minds. Once the final credits roll, we’re ready to move on to the next flick.

So far, how we interpret communication and fill in the gaps has been a good thing in that it engages us more. And connects us more deeply.

“A work survives its readers; after a hundred or two hundred years, it is read by new readers who impose on it new modes of reading and interpretation. The work survives because of these interpretations, which are, in fact, resurrections: without them, there would be no work.”

There’s another way that gaps in communication and our inevitable interpretation thereof are used.

Let’s say a speaker says A. Hearing that, the audience interprets that to also include B and then acts on it. The speaker can of course point to the fact that he never said B.

It’s the classic exchange in every mob movie: The Godfather doesn’t actually tell anyone to kill the leader of the competing family.

He merely suggests that the rival needs to be taken care of.

The henchmen interpret what he said and conclude this is their clear order to go waste the rival kingpin.

Ultimately, everybody knows what really happened and why. It’s just, the Feds won’t be able to prove that The Godfather gave the order to kill his rival.

After all, he was nowhere near where the arch-rival met his demise.

At the same time, should one of The Godfather’s henchmen have not acted on the unspoken order, he would have found himself demised. Nobody in the circle wondering why. Because the order was plain as day to all involved.

In the end, Al Capone went down for tax evasion. Not for racketeering, murder or any of his other well-known gangster activities.

“The single biggest problem in communication is the illusion that it has taken place.”

Why do I need to worry how others interpret what I say or do?

Okay, I’m not moving in mobster circles, so I don’t really need to worry about this?

Except I do (need to worry about interpretation). Back to the top. Everything I say and do gets interpreted by those around me.

The Godfather scenario in a marriage is more like this: My spouse said something. I heard and interpreted it. Then did something that turned out quite different from what they intended.

If you’ve ever been in a relationship, or friendship, you’ve experienced this. Probably from both ends.

A marriage or friendship can handle the occasional misunderstanding or incorrect interpretation. When it becomes too frequent, things will fall apart. And it may not be possible to put them back together. Because the gap has become too big.

And our interpretation of what the other says or does far overshadows what they’re really trying to say.

The importance of using the right words

It all comes down to clear communication and agreeing on using the right words. Messing up here can have big consequences.

I recently had several conversations with a client about a couple sentences in their brand messaging. You wouldn’t think one paragraph would be such a big deal. Except since there are so few words in the 2 sentences, each one carries all the more significance.

Every words carries cultural baggage that informs how we understand it. Which is why we wanted words in those sentences that will communicate well and be understood as closely as possible to what the client had in mind. Not an easy feat.

But also not something we should give up on. Because if we do, words cease to have much meaning and meld into whatever the person uttering them at the moment wants them to mean.

The classic example is the official name of East Germany which was the German Democratic Republic. True, it was a portion of Germany. It was however not remotely democratic, being a communist dictatorship propped up by Soviet tanks. And it wasn’t really a republic either. Not in the sense that most of us understand a republic. You know, with free elections and competing parties. It was entirely under the control of the communists. Yes, those in power routinely won in any elections and voter turnout was large. But, it’s not like people had a choice and there were negative consequences if you didn’t show up to vote.

Inigo Montoya in The Princess Bride.

There are similar redefinitions of words and institutions much closer to home. Some may be funny at first, but can become very dangerous if allowed to go unchallenged.

Certainly, if my friend and I or spouse and I stop meaning the same or similar things with the words we use, that friendship or marriage won’t last very long.

Everybody believes that their reality is the real real reality”

Recognizing that we all interpret words coming at us, as well as actions, should also cause us to be less quick to judge others. The other person may not at all mean what I think they meant. Or they may have interpreted my message quite differently from what I intended.

So how do we overcome the problem of being mis-interpreted?

In conversations that flow back and forth with both parties contributing, there is less opportunity for mis-interpretation to linger.

If we apply the tips above back and forth, our interaction becomes deeper and likely a lot more enjoyable.

Because now, I’m really learning not just a few facts, but more about the other person. And myself.