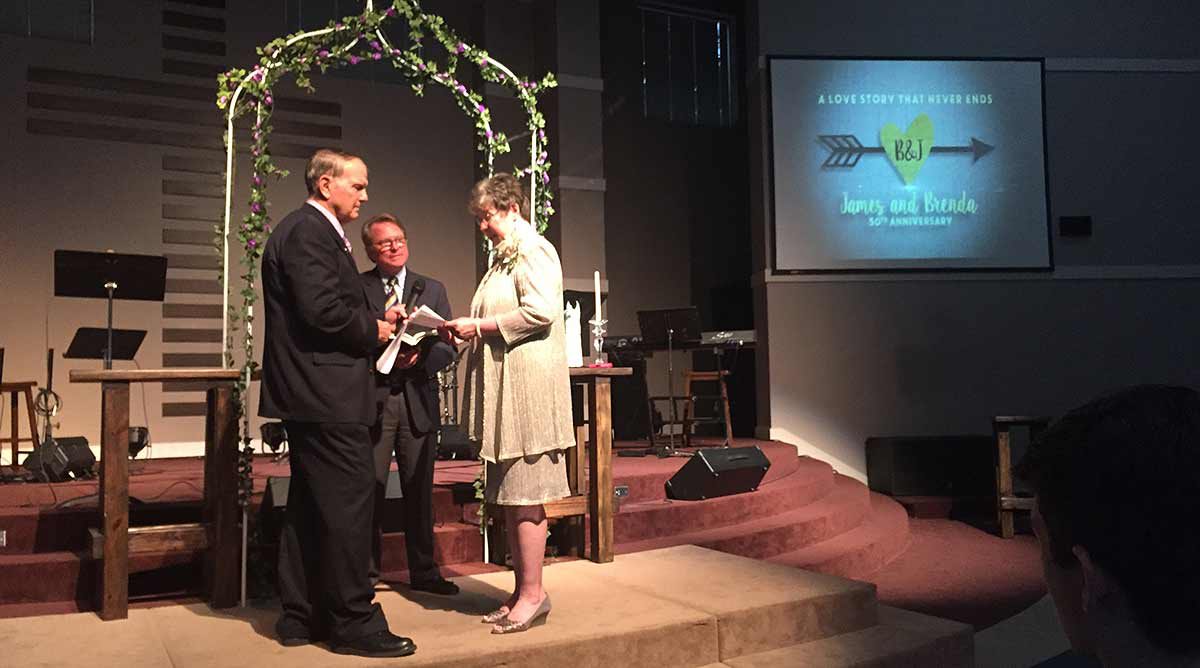 I went to a 50th wedding anniversary celebration last weekend. It was organized by the kids of the couple. Well, kids is a misnomer, since they are adults — married with their own children.

They’d organized an event to celebrate and honor this couple, James and Brenda, who’ve been married for 50 years. That’s a long time. A lot of life passing by. The world is very different now than it was in 1967. That was before man ever set foot on the moon. The cold war was still very cold with no end in sight. And the Viet Nam war was on the nightly news.

The celebration included a renewal of the vows. When you’re young, somewhere around 20, making wedding vows, it’s all about the future, hopes and dreams. Renewing them 50 years later finds us having made it through a lot of changes and life events we never imagined. It also finds us looking into a future that we know nothing about, but possibly we understand what that may hold a little bit better, because we have experienced more of what all of life can throw at us.

Anyway, back to the celebration. The renewal of the vows was followed by a slideshow. Images from that lifetime together, all the way back to the original wedding. Then scenes from life together, kids growing up, doing family, travels and vacations, milestones. Random images to onlookers. Full of meaning and memories for those who lived them.

After the slideshow came video greetings from friends and family who couldn’t make it to the celebration, sharing their memories and encouragements.

Displayed around the room were more pictures and memorabilia from 5 decades. So just being at the event, you got a sense of the magnitude of all that’s happened over the years.

Here are two people who’ve walked down life’s path together, through all the changes. It’s both amazing and encouraging to see that it’s actually possible to make it through all that and come out still liking each other and wanting to spend more years together.

After the celebration I was talking with James and told him “That’s quite an accomplishment. It was great to see the pictures and home movies to get a feeling of all that’s happened in your family over all those years.”

James looked at me and said: “Yeah, I guess we did do a lot.” There was an amount of surprise in his voice.

I realized that like so many of us, in daily living, working and going about what’s here and now, much of what happened in years past had slipped his mind. Not totally forgotten — just not there in front of the mind’s eye. As the saying goes, out of sight, out of mind.

Yet when that happens, we also lose track of how life is really doing, because right here, right now isn’t much of a perspective. It’s well suited to instant gratification, but balance goes out the window and milestones are forgotten. So we may be left feeling like we haven’t accomplished much of anything. Worse yet, like maybe my life wasn’t worth anything.

As humans we are created for relationships. We need other people and we need people who have gone and will go the distance with us.

When I was growing up and we had dinners with the relatives, I always found it funny how the adults would sit around and talk about events that happened years ago. Much later I realized that they used that time of talking and sharing memories to remember and at the same time strengthening their bonds. It was a way of saying “look what we’ve been through together, look what we’ve done together. That’s when I realized that our shared past makes us stronger. They were saying, we’ve always been there for each other and that means we’ll be there for each other tomorrow. 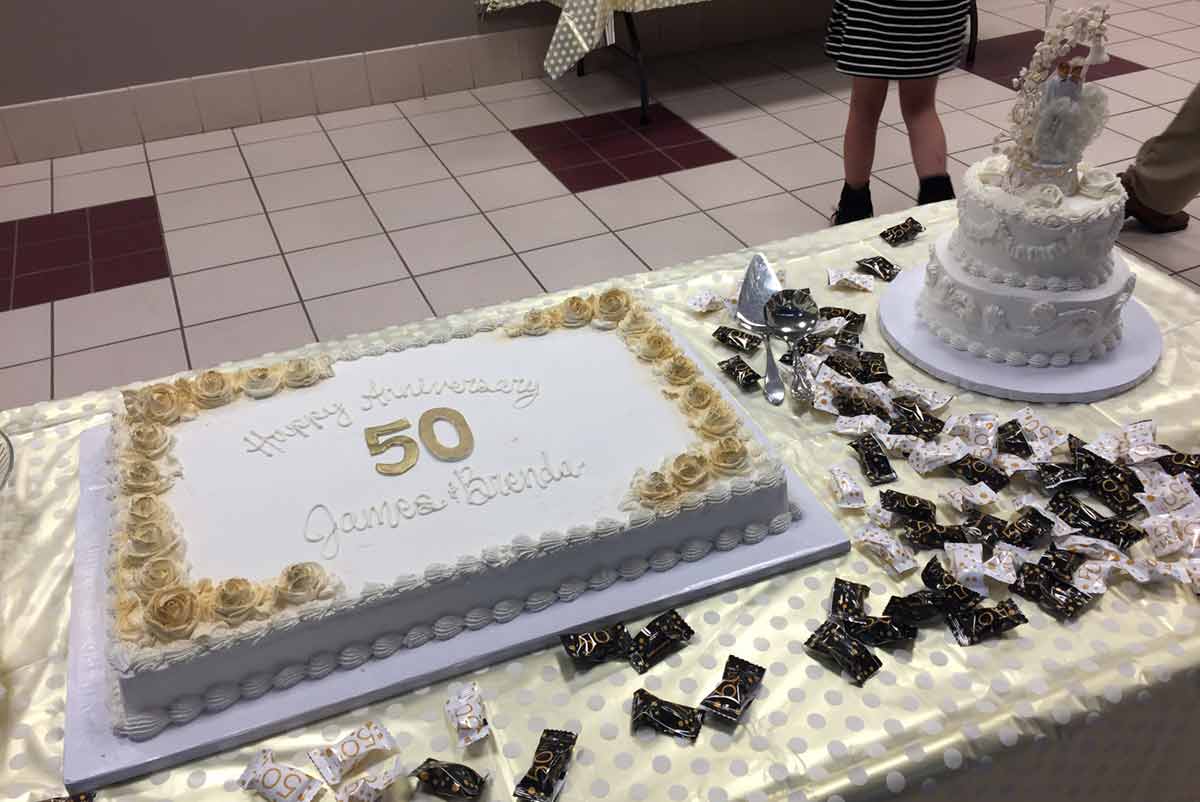 The other night, I saw the same thing in James and Brenda. They’ve shared a lifetime together, through thick and thin and they look forward to more time together, while also giving their children and grandchildren a legacy of doing things together and making relationships endure over time. That’s powerful.

Now retired, James and Brenda are very much involved in their children and grandchildren’s lives, active in church and generally moving forward. Of course nobody knows what the years ahead will bring, but they’re looking at it together and continuing with their relationship. Quite an accomplishment.

Reflection:
Are you in a marriage/friendship/relationship that has endured over many years? What has been involved in making it last? How have you invested in it to keep it going?