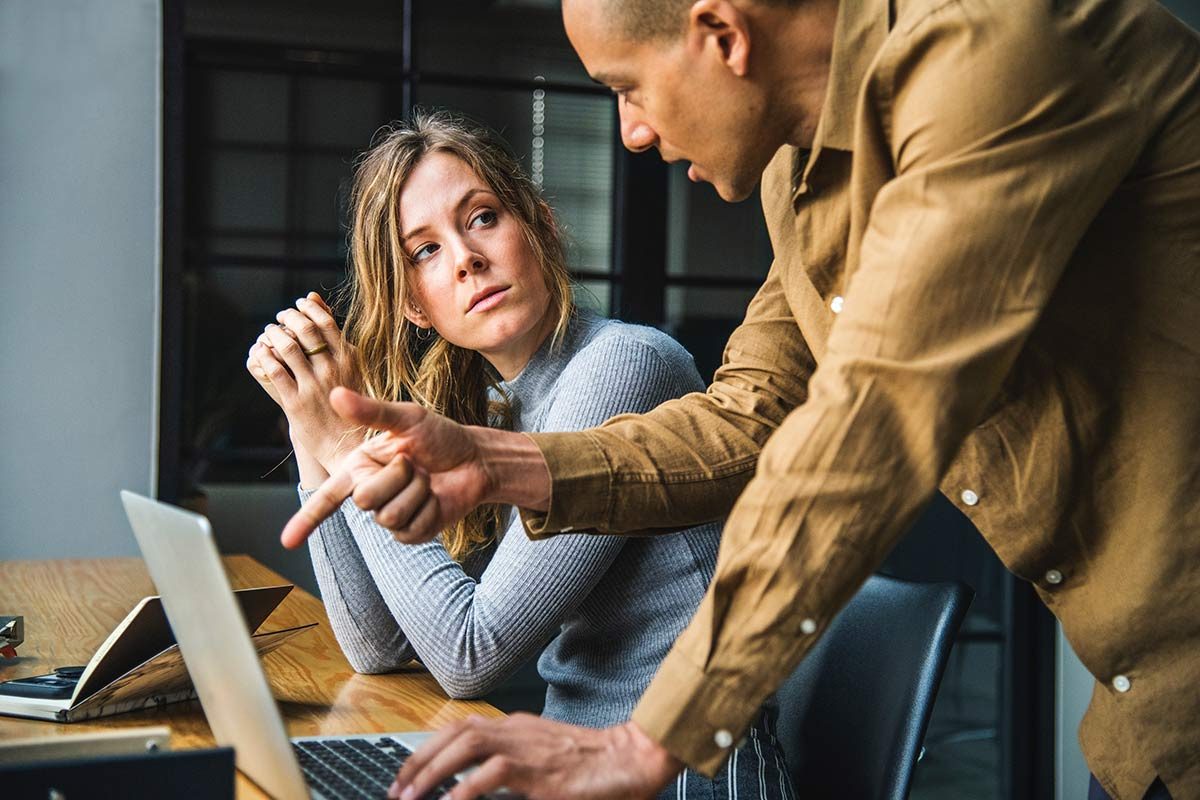 I was discussing details of a project with two team members. One of them asked a question. I suppose it could have been answered with yes or no, but that didn’t quite fit. So I went into explaining circumstances. In a sense a lengthy way to say: “I don’t think it would be a good idea, so ‘No’.”

The team members looked at each other: “Notice how he doesn’t just say ‘No’.”

It’s not just in that conversation. There are so many times that the way we express things piles on a lot of words and in the end leaves the hearer not quite sure about what was actually said or promised.

Sometimes not by intention and sometimes it’s very intentional, when the goal is to create an impression, while not actually committing to a particular course of action. Instead of a clear yes or no, we get a lot of words qualifying the answer.

You’ve probably seen the Bible verse where Jesus speaks about how we use language: “But let your statement be, ‘Yes, yes ‘ or ‘No, no’; anything beyond these is of evil.” (Matthew 5:37)

Back when Jesus spoke these words, people had already figured out double speak. Saying one thing and meaning something else. Redefining words to mean new things. Confusing. Presenting lies as truth.

None of that has changed, except the number of words washing over us in a day. Which has grown exponentially. So it’s much easier to get confused or overwhelmed.

Which is why communication can be difficult even on a good day.

One way to confuse communication is to attach new meaning to common words. Like the official name for East-Germany back in the Cold War: ‘German Democratic Republic’. Okay, I’ll grant it was German. But not remotely democratic. One party and you could vote for their candidates. If you didn’t vote, somebody likely would make a note in your STASI file. Republic? On paper, but again, one party and one leadership that was a dictatorship. So the words were redefined. For the purpose of making something look a lot more appealing than it was.

How about “feature-enhancement”? Sounds good, right? Except when it really means “We took away the stuff that worked and gave you a new, stripped down set of features. You’re welcome.”

Then there’s “right-sizing”. Meaning we just fired half the labor force and cut back our production capacity to increase what our corporate parent can wring out of this company. That instead of actually going after new business to maintain our size or grow.

Sometimes words are used to make a headline grabbing statement that lots of people see. Then a few days later it’s walked back (“clarified”) and what we’re actually left with is much less than what was promised in those gripping headlines. And no new headlines proclaiming the retraction.

Then there are of course outright lies. The big lie concept says that if you tell a lie that is outrageous and big and repeat it often enough, it’s going to get believed, because “nobody would dare lie about something that big.” The concept has been attributed to Nazi propaganda minister Joesph Goebbels. Though he certainly approved of the concept and made use of it, the concept is much older.

And then there’s of course that thing that we know is true, because Sue heard it from Joe who heard it on the best of authority from a guy who knows a guy. All along the way, nobody bothered to actually check the facts. Instead they just repeat what they heard.

There are the times when we end up saying “yes” to a request, even though we really shouldn’t have. Now what to do?

Quite possibly, the best would be to go back, explain the situation and ask to be released from the commitment.

Instead we often start juggling other things to fit the new commitment in, making more or less good excuses to ourselves and others.

Or we tell a lie, pleading some dire circumstances to arouse compassion so the other person will release us from the commitment.

Instead, to let yes be yes and no be no, when faced with a request, we are wise to take a moment to make sure it’s really:

Taking just a little time to check before making commitments will make daily living so much easier. And those around us will appreciate it.

When it really means ‘no’

Then there’s the big ‘maybe”. That often should just be “no”. But we say maybe because “we don’t want to hurt the other person”.

Honestly though, if the final answer is going to be ‘no’ or you’re just going to fade into the sunset without an answer, then I’d rather have a ‘no’ up front than a ‘maybe’ that I will follow up on and we’ll both just get more frustrated with.

There are also those who routinely say ‘no’ at first, but don’t mean it. They simply want to be asked again. We see that a lot in romantic movies. Of course, again may not happen. The opportunity is gone, and doesn’t not come back.

Another consideration when we decide how we speak with others is how it affects our reputation. If my first answer is always ‘no’ and I then have to be convinced to say ‘yes’, people will catch on. I’ll be considered negative and difficult to work with or be around.

Likewise if I always say ‘yes’ but then often don’t follow through. To others that means I’m unreliable. Not someone to count on. So I’m going to miss out on opportunities.

I had a friend who was a great idea guy. The person you definitely wanted to have around for brainstorming meetings. Because he always had ideas. And when he delivered on those ideas, it was with superb flair and style.

Problem was that he was more likely to just disappear in the middle of a project. Never mind the commitments. He was gone.

A few months later he’d reappear and want everything to be as before, with no mention or explanation of why he dropped off the face of the earth.

You probably see why he and I are no longer friends.

Maybe it’s because it so easy to say a bunch of words or because it’s so easy to type words. So we use a lot of them.

However each word, individually and combined, has meaning. To build lasting friendships and work relationships, trust is essential. Words can build that trust and tear it down even faster.

When we do what we say we’re going to do, we build trust and goodwill with others. When we make a habit of saying one thing and doing something else, we tear down whatever trust was there.

It’s a process that happens every time we open our mouths or write something.

Proverbs 17:28 says: “Even fools are thought wise if they keep silent, and discerning if they hold their tongues.”

Or as somebody else put it: “Better to be silent and thought a fool than to open your mouth and remove all doubt.”

Words can be awesome, building up and encouraging. But they can just as easily tear down and confuse. So the question of the day becomes: Are we using words meaningfully or just randomly?

“Words are like eggs dropped from great heights; you can no more call them back than ignore the mess they leave when they fall.”
― Jodi Picoult, Salem Falls

Reflection:
Given the power of words, what kind of words will you speak today?
What’s your process for deciding to say ‘yes’ or ‘no’ to a request? Does it need some tweaking to be more consistent?