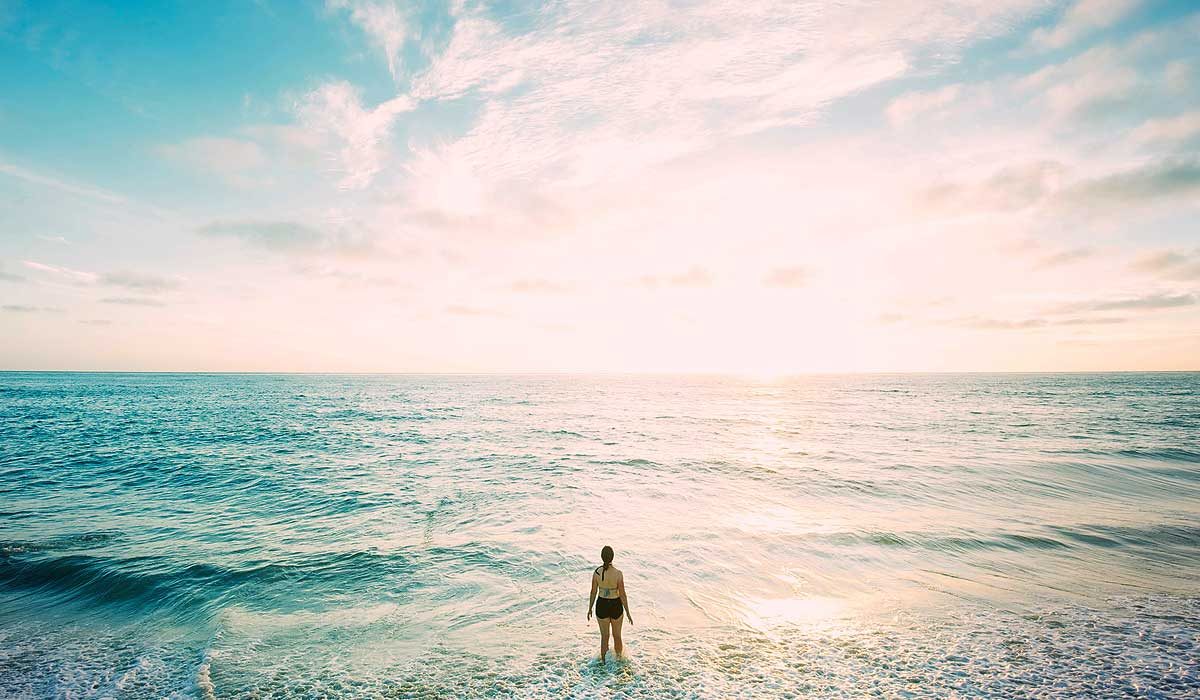 When was the last time you asked yourself What if … ?

It can be about something that already happened and now we’re going back, replaying in our mind, wondering if somehow things could have been different. Maybe because things didn’t turn out so well. Or, I’m amazed that they did actually turn out quite well.

In either case, I probably didn’t see it coming.

Or I may be pondering what to do next or how to resolve a quandry before me. Which leads to asking What if … ? and considering how things could play out.

What if … ? can be both excruciatingly annoying and an amazing tool for making better decisions going forward.

Because it lets us explore alternatives.

That’s frustrating if doing so keeps us from taking any action or gets us stuck on second-guessing things we already did. That like having a 4-wheel drive vehicle and still getting stuck in the mud. In spite of the 4-wheel drive, the more I spin the wheels, the deeper the mud becomes. Been there, done that.

However, in the hands of a driver who knows how to use it, 4-wheel drive lets a vehicle get through seemingly impossible terrain. Likewise, What if … ? can be a fantastic way to explore and learn.

Or sometimes just marvel at how a whole chain of seemingly unrelated things over a (long) period of time worked together to get us to someplace we never thought we’d get.

“I’m always wondering about the what-ifs, about the road not taken.”

Jenny Han, To All the Boys I’ve Loved Before

What if … the past

When we look back at something that has happened, we may be tempted to ask What if … ? How might things have been different if I had done X instead of Y?

To a degree, that’s healthy and helpful. We should review how things went and consider if we could have done things differently. In so doing, we learn and can improve next time.

That said, the past is the past and we can’t time-travel back to change that one action we now regret. So we have to find a way forward.

But that is precisely where What if … ? pops up most powerfully.

What if I had acted differently? “Then I wouldn’t be sitting her alone today. Because the love of my life would still be here. But I chased him/her away by the foolish thing I said.” (Think I have the beginnings of a hit country song there.)

If we’ve been on this earth for some length of time, we have regrets.

Could be a small thing:

When I was 15, I went to visit the little redhead girl and her family on the island in the harbor. Someone decided to go waterskiing. They asked if I wanted to try it.

Sheepishly I mumbled “I don’t know”, because, well, I hadn’t brought my swim trunks. Honestly, I was a bit afraid of getting on those waterskis to be pulled by an accelerating boat out into the harbor. What if I did a massively spectacular face plant? Wasn’t sure I’d be able to stand on those things. (Because contrary to common belief, Swedes are not all born on skis, zooming downhill. And certainly not on waterskis.)

I have a photo I took that day of the little redhead girl doing a face plant into the water. I’m sure we could have solved the issue of no swim trunks. But I hesitated for too long. The opportunity was gone. And I never did go waterskiing.

Obviously my life didn’t end there. So it wasn’t a matter of life or death. Not a huge regret.

But that didn’t stop the mental game. What if I had gone waterskiing that day and after a few face plants got the hang of it? I know I totally would. Just as I mastered downhill skiing later on. Would the little redhead girl have taken a shine to me? That was probably never really in the cards. And that’s okay. If we had started dating, I’m sure we eventually would have broken up. Because even then we were at very different paths in life.

Once that first what if is entertained, there are many others to follow.

The waterskiing incident was a minor thing, on one day, many years ago. And yet it’s still imprinted on my mind. What if I had done things differently that day? How would that affect where I am at today?

Not all What if … ? about the past is silly or futile.

It can be really helpful to review past actions and opportunities. I did learn something from that missed waterskiing opportunity. Later on, when other one-time things came along, I didn’t hesitate too long. That’s how I ultimately mastered downhill skiing. Or eventually crossed the entire US by train, coast to coast.

Because I asked, What would it be like if … ?

What if … the future

Asking What if … ? correctly lets us learn from the past. It can also help us explore options for the future, before they happen. I mentioned crossing the entire US by train, coast to coast. That started as a What if … ?

I had to get from Little Rock to Washington, DC, for a meeting. Check.

I’d done that before. Squeeze onto a plane in Little Rock and land in DC. Or get in the car and drive. For a really long time.

Or what if I’d take the train? Little Rock – Chicago – Washington, DC. And only a few hours longer than if I’d drive and stop overnight about halfway. But I wouldn’t have to drive. And what if I’d make plans to see some friends along the way? That one what if led to others and before I knew it, I was planning a road trip. Which you can read about here.

Asking what if is powerful and useful. It allows us to explore alternatives. Used wisely, it helps us make better decisions. Because we considered our options and picked the best one.

What if … ? is at the heart of a method like 10-10-10, which provides a formalized way to explore the ramifications of making (or not making) a decision by looking at the impact in the present, short-term and long-term future. I explain the 10-10-10 process more here: It’s about time _________

“When you ask “why”, “what if” and “why not” you force yourself to explore what’s possible and not just what is.”

What if can however also be a negative. Asking a few What if’s helps us explore options and in the end make a better decision. However, when we run through too many what if’s, it stifles us. Or brings up all the bad things that could happen. (Probably won’t, but could.)

Faced with an action to take, we stop. Do nothing. Because we start playing What if … ? scenarios. What if I pick up the phone and make that call about a job opening? They’ll say that it’s been filled already. Or any one of a million other things. What if I can’t handle the rejection? Been there: I can’t …

Asking too many or the wrong what if can leave us overwhelmed. Then we don’t choose any. Which is bad. Because we stay stuck.

At that point, the answer is often to do the same thing as me, the kid standing poolside, worried about how cold the water was going to be: Just jump in. The water is fine. Once having taken the plunge, I couldn’t imagine not being in the water.

Asking what if can be helpful. But only if we eventually actually move forward.

“Never let the fear of striking out keep you from playing the game.”

What if there’s no what if?

Can we live without ever having reason to do a What if … ?

I hear talk of living without regrets. The idea being that my actions should be so carefully thought out and so aligned with who I am and what I’m about that there will be no regrets. That sounds good. Ideal. Like a perfect life.

But not very realistic. Because even when we make the best decisions we can, based on the info we have at the time, we can’t account for all things, all variables. Things totally outside our control happen. And then there’s regret. Reason to ask what if.

What if … ? only becomes a problem when we keep replaying events out of the past over and over. Even though there is no way to change any of it now, we create castles in the air of what could have been. And then live as if that dream were true.

At that point there is one more What if to ask: What if I keep sitting here, rehashing what was and what could have been? While life goes on by and I miss out.

How about I instead decide to face the future and move forward? Which might turn out to be a great thing. The best thing I ever did.

“Keep your eyes on the stars and your feet on the ground.”

One thought on “What if — if what”

I guess we did a lot