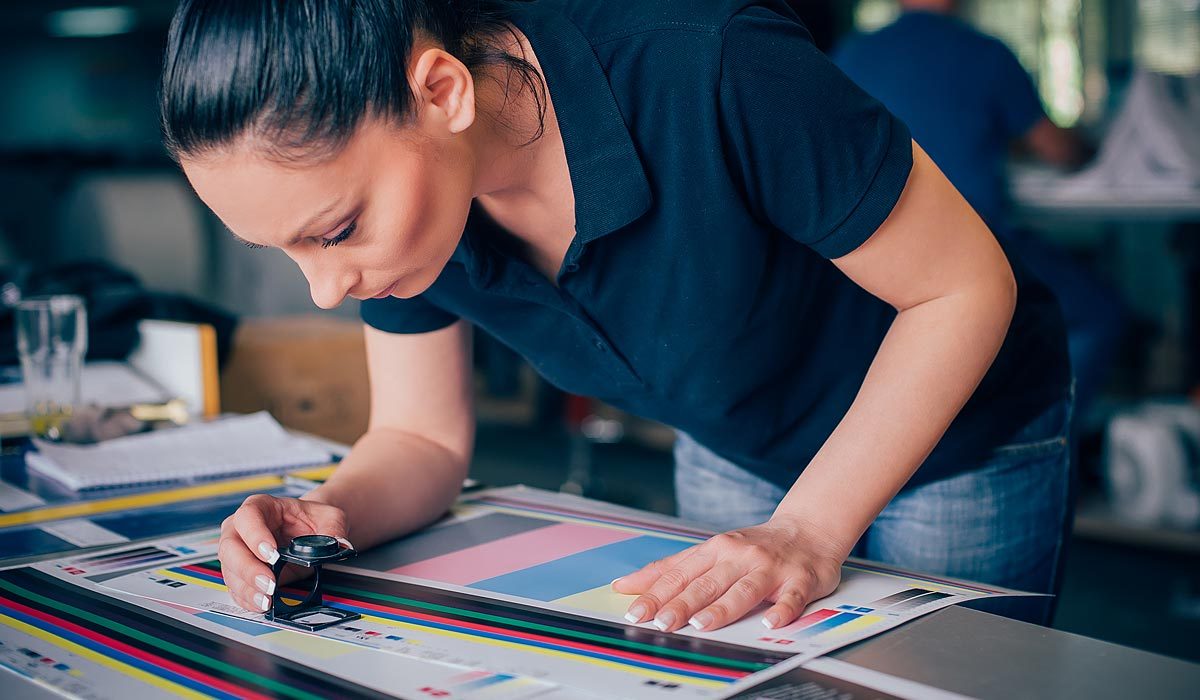 Have you ever made a really big mistake at work? One that could get you fired?

Once upon a time, I was a designer in an in-house design team. The youngest member of our team was Lisa, who joined as an assistant while still working on her graphic design degree. After graduating, she became our junior designer.

One of her first own projects was to update a conference brochure. The design was all set. The files all in archive. Just load them up on the computer, make several hundred updates to reflect this year’s conference schedule. Nothing to it.

Lisa was careful, paid attention and (unlike some more senior designers) made sure to get all the requisite client reviews signed off on. Of course there was a tight deadline, so she had to push to get things done.

Finally the big day came. The brochure had received final approval. Ready to go to print. Lisa carefully collected and loaded up all the necessary files and sent them off to the printing company.

When the call from the printing company came, Lisa and I happened to be the only ones in the office. The printing people let her know that the brochure was now on the press and ready to go.

They just needed someone to come over for the press check.

In printing, the press check is when the designer actually goes to the printing plant and examines the very first sheets of paper, hot off the press. This is the final opportunity to verify quality and make any adjustments. So you show up, no matter what time of day. And review everything very carefully.

If that was my project, I’d just drive over to the printing plant on the other side of town. Been there, done that.

But she was fresh out of college. This was her first press check. So she wasn’t sure how to handle it.

If someone didn’t show up for that press check right quick, we’d be holding up a big printing press. With other jobs scheduled after ours. $$ at stake.

I told Lisa I’d go with her.

Walking into a printing plant can be intimidating. Printing presses are big machines. With lots of moving parts. Noisy when running. Paper sheets fly through really, really fast.

We met the press operator who handed us a few sheets he’d just run. There was a proofing table nearby. Those are set up with the right color temperature lighting, so you can ensure colors are printed right. I’d brought my loupe to check registration (all colors aligned properly) and other fine detail.

Lisa did a good job checking everything for her first time. I double checked everything. We requested a few minor tweaks. The press operators made changes and ran more sheets through.

Again, Lisa and I carefully checked the sheets of paper.

Not too dark or too light? Check.

Everything in registration? Check.

I could tell Lisa was nervous. Because it’s a really final call to tell the press operator to go ahead. Once the press is spitting out paper, it’s too late to change your mind. The job is running. 64,000 brochures to be exact.

Sometimes it would end in a conversation with the press operator where we’d conclude that this was as good as it was going to get. Not 100% of what my designer eye envisioned, but given everything involved, the best we could do.

Because there’s always a limit to the tweaking. We’re so close, maybe a couple more tweaks. But how long will running more test sheets take? And at what point have I so frustrated the press operator in my quest for perfection that they’ll refuse to make more tweaks? What’s the cost to holding up the big press?

Didn’t want to go there on this day. Not that it was going to be necessary. Everything looked good.

Lisa nervously made that final call. With my encouragement.

Houston, we have a problem

The next day Lisa got a call from the printing plant.

By now they had printed all 64,000 brochures and sent them into the bindery. That’s where the brochures would get trimmed to correct size, folded and packaged in bundles for delivery to us.

Apparently the staff in the bindery had a question about the brochure. Lisa listened and got really white in her face.

Soon enough we had an actual copy of the freshly printed brochure in hand to see for ourselves. Colors were great. Everything sharp. All the conference information was exactly right, which, given a list of nearly 100 locations, is somewhat of a feat in itself.

Just one thing was off: Right on the cover, it showed last year. Not this year. One measly digit off.

Because Lisa started with last year’s brochure and updated it for this year. Yet somehow, the year showing on the front never got updated. Everything inside was meticulously updated with the latest information.

Just not the front cover. So all 64,000 brochures were unusable.

What to do now?

We still needed new conference brochures in hand in a matter of days.

Lisa was ready to melt into a pool of tears on the floor. I didn’t feel any much better. Such a simple, stupid mistake.

I should have caught that during the press check. But didn’t. Clearly Lisa (and I) had signed off that the job was ready to print. So couldn’t blame this on the press operators.

First thing, before even sorting out how this all could have happened, was for Lisa to update the year on the brochure and then a couple people on our team proofread the entire brochure. Just to be on the safe side.

The brochure went back on the press. Someone else from our team did that press check. Final, correct brochures were printed and delivered so our conference team could start promoting the upcoming conference season.

How did this happen?

Sometimes we just see what we want to see. Because everything looked right, apparently nobody questioned the year on the cover. I think everyone focused so much on checking (and double-checking) the inside, where all those conferences were listed. That part had been meticulously proofed, marked up and corrected. In the effort to get that part right, the front was overlooked.

I’ve also learned that even when clients are asked to read the entire proof carefully, to make sure everything is right, I can’t rely on them. I’m the designer. I have to review even more carefully.

Even though I’ve spent hours looking at this design, I now must review everything with fresh eyes and mark up anything that is questionable. Then all over again at press check. Because that’s the truly last time to catch any error.

When the dust had finally settled, Lisa and I talked it all over. I told her that the fact that we both missed the incorrect year at the press check wasn’t that surprising, in some strange way. Because in our minds, we were not there to check content — that was already done and final — we were there to check print quality. So that was our entire focus. Silly us.

It still amazes me that in the entire design process, nobody noticed that the brochure cover still had the old year. Somebody should have caught that. But nobody did.

Lisa definitely learned her lesson that day. Several places I’ve worked, that kind of costly mess-up would automatically have ended her career with that employer. Except she wasn’t fired.

While Lisa was the responsible designer on the job, it wasn’t entirely her fault. Everyone proofing the brochure should have caught that it was the wrong year on the front.

Our traffic manager (the person who handles the communication with the actual project clients), pulled out all the approval slips signed along the way of this project. Everyone involved had signed off, not just once, but multiple times, certifying that everything was approved and no changes were needed. Even after repeatedly seeing the wrong year on the cover.

Our design team leadership had faith and gave Lisa grace that day. Not fired. She went on to do many more projects and press checks. She was and is a good designer.

Because our team leadership had faith and gave her grace that day. Not fired.

At the press check, my focus was all on the print quality. Yes, I probably should have caught the incorrect year on the front. But I didn’t. As a senior designer, I had enough track record I was able to live it down.

But the whole episode was etched in my mind. A solid reminder that I can’t rely on somebody. As a designer, I have to check for myself.

That doesn’t just apply to design projects. There are lots of other areas in life where passing the buck or relying on somebody else to catch anything wrong will have consequences. Maybe not right now, but eventually.

Main takeaway from the day of the press check is that what carpenters always say is totally true: Measure twice, cut once.

We often feel silly for double (or triple) checking things. But there are good reasons to do so.

And we can all use a bit of grace in life.