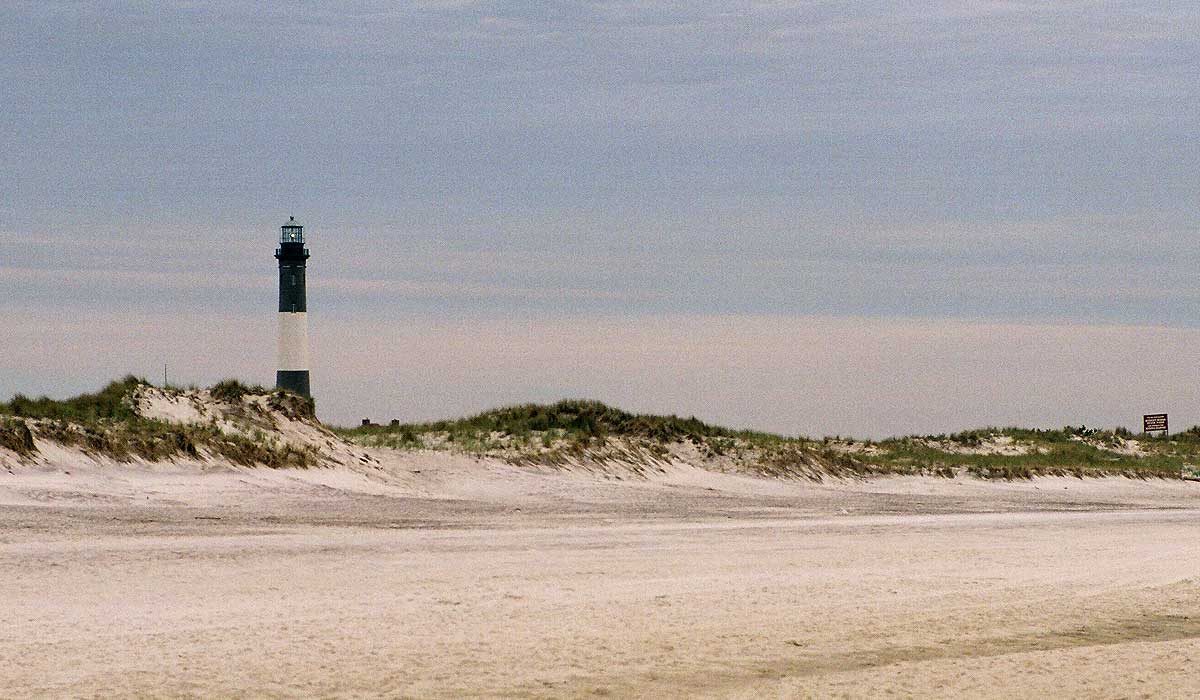 This is a short story I wrote while exploring the backstory of the novel I’m working on. The novel (working title: Summer of ’76) is about a college student, Carensa Holt, discovering Europe in the summer of 1976. Along the way learning much more about who she really is.

She did what thousands of other college age kids from the US and other countries did in the ’70s: Found a cheap flight to Europe, got a rail pass that let you hop on almost any train without advance planning and just go. Where the spirit led.

Some of those young people did indeed just wake up one day and decide to go to Europe for the summer. But for many more, this was an adventure that had been brewing for a long time.

In the short story we meet a much younger Carensa, who dreams of someday going to that magical land called Europe.

Carensa Holt was born in Lancaster County, Pennsylvania, in 1955. Several generations of her family had farmed this land she was now growing up on. Gentle rolling hills, farm fields and meadows that stretched as far as the eye could see. It was home. It was her world.

By the time she turned 6 and was about to start school in fall, her world was expanding. Her aunt Sarah and uncle Joe had just moved to a place called Bohemia. On Long Island. And invited the Holt family to come visit for two weeks. So off they went.

At first, Carensa was disappointed. “Bohemia” sounded so deliciously foreign. But the town looked pretty much like the town back home. Neat rows of houses. Tree lined streets. She was disappointed that you couldn’t see the sea from her aunt’s and uncle’s house. But the big backyard made up for some of that disappointment.

And then they went to the beach. A place called Fire Island. Except there was no fire. Just lots and lots of sandy beach. Behind the beach, small dunes where sharp grass tried to subdue the sand and hold it in place. And a lighthouse. The first one she’d ever seen in real life.

One day, her father took her to the top of the lighthouse. They stood on the small platform that encircled the big light, looking out over the Long Island below, and ahead a vast expanse of sea, stretching all the way to the horizon. The end of the world. Because to a 6-year-old girl it seemed impossible that there could be anything at all far over there.

“See that over there?”

Carensa squinted and tried her best to see where “there” was.

Dad pointed to the horizon.

“Far over there… So far you can’t see it, is Ireland. And the continent of Europe. Our family came from there.”

“But we’ve always lived on our farm,” Carensa protested.

Dad smiled. “Yes, we have. I grew up on it too. And my dad before me. But your great-grandfather’s parents came here from over there. From Ireland. And some others in our family came from Germany.”

Carensa stared at the far-away line where sky and sea met. It seemed impossible. There was nothing there.

“We should ask your uncle Joe about the Old Country,” Dad said. “He was over there during the War.”

“He was?!” All of a sudden, uncle Joe became an entirely different, much more interesting person to Carensa. He’d been over beyond the end of the world.

That night Dad asked Joe to tell about his time in Europe. Carensa listened, completely spellbound. She heard of how Joe went back to where their Irish relatives were originally from. About him being in Germany. She didn’t understand everything he said. But really soaked in hearing about a river with castles at every bend and fairy-tale cities. It sounded perfectly wonderful. He talked about how nice people were over there. Definitely a place she would go. Some day.

Later she lay in bed, still wide awake. “I’m going to Europe,” she repeated to herself. Again and again. “I’m going to Eur…” Even her dreams were about Europe that night. She was on a boat going down a majestic river. With a castle at every bend. Of course with knights in shining armor. And fair maidens. A place where life was happy all the time.

Next day was another trip to the beach. Her brother Jim was a couple years younger and all about building sandcastles. Digging and scooping as fast as he could, while the ever rolling waves came in and reclaimed his architectural masterpieces. Because the best sand, just the right kind of wet, was at the point almost beyond the reach of the waves.

Dawn, her little sister, was nearly one and constantly in her mother’s company, figuring out how to walk in the shifting sand.

Carensa played some in the sand too. But her heart wasn’t in building sandcastles today. Not when she knew there were real castles, with princes and princesses over there. Beyond the horizon. She stared out towards it until her eyes ached from squinting for too long. She was just sure that if she looked hard enough, long enough, she’d be able to see the coast line of Ireland. And Europe was right beyond that.

It was a great time on vacation.

One day, Carensa was playing catch with her brother in the big backyard. Jim was little, but fast and caught every ball she threw. Until she really put all her strength into it and pitched a ball that sailed higher and faster than any she’d thrown before. Right through the kitchen window. And not the open one.

Carensa found herself sent off to bed. In the middle of the afternoon, with a promise of no dinner. That settled it. Because in her mind, this was most unfair. Hadn’t Jim taunted her that she threw like a girl and he could catch anything she could possibly throw? At the very least, he should have been sent to bed without dinner too.

But just wait and see. They’d be sorry. She would get back at them. With all the determination of a 6-year-old, she decided to run away from home. That would show them.

Where would she go? She didn’t know her way around Bohemia or Long Island at all. Then it came to her: She would go to the land of Europe, where the sun always shines and people are friendly all the time. Where the castles and princes and princesses are.

It didn’t happen that day. For one thing, she wasn’t sure how to get to Europe. The beach was a good drive from the house. But she started planning.

Real action came a few days later. The family was out on Fire Island, enjoying another lazy afternoon on the beach. Carensa did more roaming than usual. She had figured out that to get across the sea, you need a boat. And on this day, she found one. Just sitting there, right at water’s edge.

It took maybe a minute for her to get into the little boat. As she was tromping around in it, figuring out how this boat-thing worked, the rocking of waves and her moving around loosened it. Water pulling back from the shore did the rest. She didn’t even notice until she was already some distance from shore.

Fortunately, uncle Joe had taken her out in the harbor in a small row boat one of the first days of their vacation. She knew she needed to row. How hard could that be? It looked so easy when uncle Joe did it. The boat went wherever he wanted it to. As she struggled to get the oars pulled out from the bottom of the boat and into position, she realized this was much harder than it looked.

But she was determined. Europe was where she was going.

Somehow the oars ended up in place. She started rowing. Or trying to. Keeping a straight course on a sea full of waves and current was another thing. The shore was farther away now. Even the lighthouse there seemed small now. And the people on the beach were just little ants scurrying back and forth.

Yet when she looked the other way, to the horizon, there was still nothing there, but sky and sea. Sea and sky. She’d been so sure that if she just started rowing, ever so soon she’d see Ireland and Europe and be there. She wasn’t even any closer to the horizon.

It hadn’t entered her comprehension in the least that she really couldn’t row all the way to Europe in this little nutshell of a boat.

Fortunately, a coast guard cutter came along before she got too far out to sea. They spotted her, caught in a current going along the beach about a mile off shore. The men promptly rescued the now quite tired little girl and took her aboard, bringing her to the safety of a harbor, in spite of her weary protests.

It was early evening as Carensa was brought back home by a coast guard officer. They walked into the living room at her uncle and aunt’s house, where the entire Holt family was gathered waiting for news, any news, about their missing girl. By now, Carensa was both happy to be coming home and dreading it. Surely she’d be sent to bed for the rest of the summer after this. With no dinner. Probably no breakfast or lunch either.

But none of what she expected happened.

The TV was on over in the corner and when the news came on, everyone turned to watch. A grave newscaster broke the news that the East-German government, supported by Russian troops, had built fences in Berlin, dividing the city as of this morning. No one could cross. The whole family and the coast guard officer heard the news in silence. On the TV screen were images of barbed wire, concrete blocks and American soldiers on their tanks, waiting.

“Will there be war?” Mom asked.

“I think I’d better get back to my unit at once,” the coast guard officer said.

Carensa stood there, looking at the TV screen. No castles. No princes and princesses. Just ugly soldiers and unhappy faces. Some place called Berlin. In Germany. Which was in Europe.

On the floor, Jim went on playing with his toy trucks and Dawn was happily cooing with her doll over on the couch.

Carensa walked to the room she was staying in and hid in the darkness under the blanket on her bed.

Her mother came in a little later, sat down next to her and gently asked how her girl was. The girl stuttered, between heavy sobs:

Does Carensa’s experience ring a bell with you? Was there some place you always dreamed of going? But then you either got there or learned more about it and realized it wasn’t at all like you expected?

Eventually, in the novel, Carensa does go to Europe. Years later. Somewhere along the way from 6 to 21, she changed her mind.

Have you had that experience with a place or something else? Where the first impression wasn’t that positive, but over time you came to appreciate it? Even like it?

The man who would be top dog, pitched a fit too many and fired himself