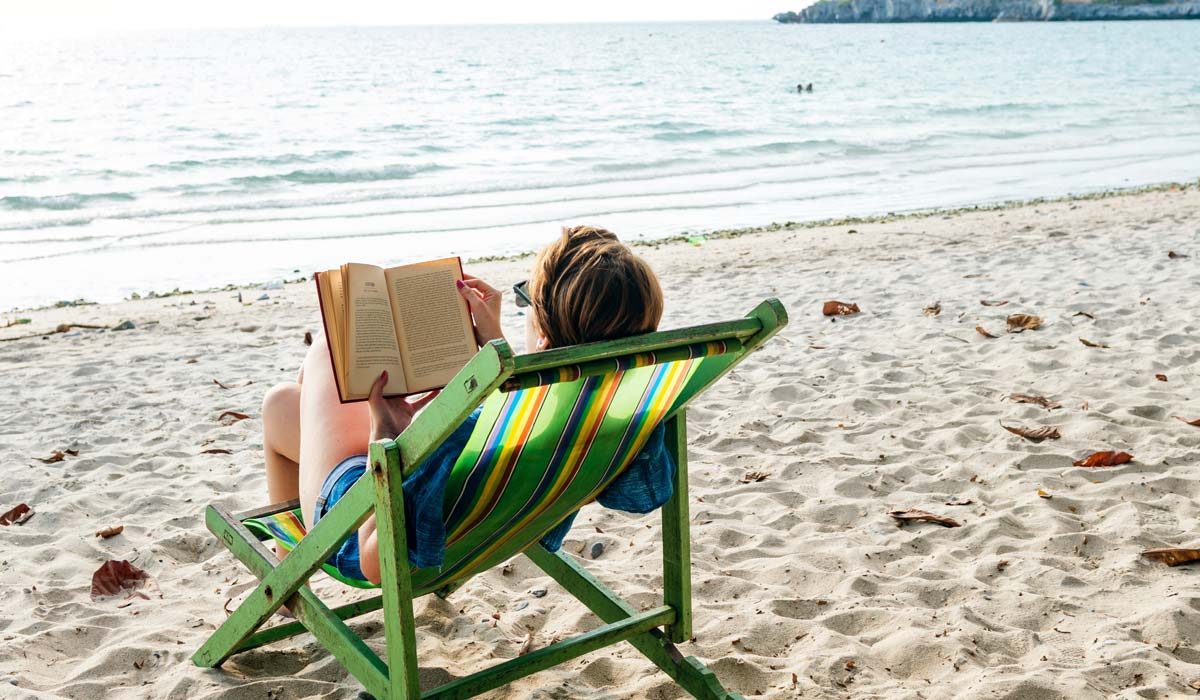 Summer brings many things. Often including a bit more time to read. For fun and entertainment. To widen our horizons. To dive into another dimension. To explore life and ourselves.

Here are 5 books worthy of your attention:

Yes, I know I’ve mentioned it before. But, it’s truly unique. For one thing, so many who haven’t actually read the book, still know the story (more or less). Because we’ve seen one of the movie versions. Or the musical. In which case you just can’t forget the songs and the music.

Maybe your first introduction was the Illustrated Classic version a long time ago. (That was me.)

It’s a timeless story of redemption, struggle, injustice, suffering and perception. Can a man or woman change? Or are we always going to be what we were at first?

I find it interesting that the book’s title in English is still the French title: Les Miserables. As if that makes it more palatable. Les Miserables simply means “the miserable (wretched, unhappy) ones”.

The story plays out in a world where it’s ever so easy for a person, already struggling to make it in life, to get caught in an unstoppable downward spiral.

Unless there is some hope offered. An act of grace, to proclaim that redemption is possible.

Maybe it’s the size of the book that has kept you from reading it. It is big and thick.

Or maybe you started it and got stuck on one of the many exposition sections. Did you know that almost 1/4 of the book is Victor Hugo explaining useful (if you want to master French trivia), but unrelated-to-the-story, facts?

This includes a chapter on the development of the Paris sewer system. Yes, a key part of the plot takes place down there, but really, how much do we need to know about how the system was constructed?

Another section is an analysis of the battlefield at Waterloo. Long enough to make you think you beamed into a totally different book.

If you’re reading simply for the story, you could skip those parts. All of a sudden the book isn’t so daunting any more.

What you shouldn’t skip is realizing that while the story is firmly set and anchored in the early 1800s in France, it is far more about human interaction and society’s ills, than about that particular time period.

Meaning that what happens in Les Miserables can happen (and is happening) today: A person sees no option but to commit a small crime to feed a hungry family. Caught, he is sentenced by the book and then some — punished far beyond what the crime was really about. Even following release after time served, there’s the stigma of being a convicted criminal.

At its heart, the story is about change and redemption: Is it possible? Can we change our course? If so, what does it take?

Injustice is still all around us. As is intolerance and prejudice. Which I ultimately think is why the story of Jean Valjean, Javert, Fantine, Cosette, Marius, and the others continues to resonate with us even today.

Let’s be honest. Was the only time you’ve read this book in lit class in college?

It was written about 200 years ago, in a very different society from ours. So why is it still so popular that film versions keep being made of it and it’s never been out of print since published? (Excepting a short period after Jane died.)

We may not live in an English town and someone having £20,000 a year doesn’t immediately become the most eligible bachelor in the county any more, but as people we haven’t really changed. We still long to be close to another human being and truly share our heart and mind with them.

If you aspire to becoming a romance writer, then Pride and Prejudice isn’t just required reading, but must be carefully studied for the story structure. Jane Austen masterfully anchored her story in a timeline that actually works, in the events of the year in a small English country town and in the personalities of her characters. All the required scenes of a successful love story are there. Which is why the story has endured and we keep coming back to it. And why modern authors use it as inspiration for their own plot lines.

So you’ve watched one of the movie adaptations, or the mini-series with Colin Firth — as good as any of those are, they’re still adaptations. Go check out the original. Discover the rich language used by Jane Austen to convey the story, moving the plot forward. Connect with her characters. It’s easy to get lost in the world she creates.

Around the World in 80 Days

Maybe romance isn’t your thing. How about some adventure and a touch of sci-fi? Jules Verne is in many ways the father of modern science fiction, even if this particular book isn’t nearly as on the edge of technology as some of his other books. Instead it celebrates the human mind and our ability to conquer and move forward, using any technology available.

While everyone else thinks it’s a silly, nonsense wager just good for conversation at the club, to Phileas Fogg, it’s a matter of honor to not just insist that it’s possible to travel around the world in 80 days (in the later part of the 1800s). He’s going to prove it. The race is on.

The Euro-centric view of the rest of the world as exotic and oddly different — something to be tamed, conquered and civilized reflects the era when the book was written. It’s also part of the optimism: (Western) civilization will connect the world, improve it for everyone and bring us all together. (With a touch of Rule Britannia, aided by an indomitable French manservant.)

Today, when I can get on a plane and be on the other side of the world tomorrow, the challenge of traveling around the world in just 80 days, seems oddly quaint. When the book was published, it was nothing to take for granted and actually duplicating the book’s journey in real life would have been quite a feat.

It’s a quick read and pretty impossible not to catch some of Phileas Fogg’s or Passepartout’s eternal optimism: Everything is possible if you just step out and move forward.

The book was refused for publication in the Soviet Union, smuggled out and first published in Italy.

Reading it now, a century after the story takes place, it’s hard to comprehend that its publication caused such an uproar. But it was definitely seen as being critical of the Soviet Union, emphasizing  individual choices over the collective good during a time of massive upheaval. Something that needed to be suppressed in 1950s Russia.

Reading the actual book (as opposed to relying on the spectacular David Lean film with Omar Sharif and Julie Christie or the more recent mini-series featuring Keira Knightly) gets us the full story, with all the details.

Even in translation, Pasternak’s mastery of language shines through. I felt like I was there, in Mother Russia, as the events unfolded.

We dive right into the beginnings of the Russian Revolution, with the Tsarist reactionary repression and excess that brought it about. What started out for many just causes, devolves into a bitter civil war before our eyes, leading to more repression.

At the end, it’s a new machine in charge and we’re left wondering if anything really improved from the way things used to be. Regular people are still oppressed — just by new masters. Opportunists in the old system have found ways to become opportunists in the new system.

It’s a fascinating portrait of humans faced with the downfall of one political system and its replacement with another system intent on securing its enduring role in history.

You wonder where there is room for poetry and beauty in a world like that. And yet, when there is repression, poetry, beauty and hope are more important than ever.

Have you had a penpal? Where you experience their life and world through letters — those occasional glimpses into a world that may be very different from your own?

This is an epistolary book, meaning that the story is told through a series of letters. We read correspondence between Juliet Ashton, an English author, a number of people on the Isle of Guernsey and also some of her friends.

It starts with a simple letter inquiry to her from Dawsey, a man on Guernsey. Letter by letter, we see Juliet get to know him and his friends on the island. We learn their backstories and become engaged with their world, also finding out how they coped with German occupation during the war.

Eventually Juliet even travels to Guernsey and truly connects with some of the locals, including Dawsey. Life is forever changed.

Telling a story in a series of letters in a very interesting technique. It puts a screen between us readers and the actual story. Instead of the usual description of what happened and renderings of dialog, we get the letter writer’s filtered account. Packaged to be suitable for a letter.

You might think this could be a rather sterile way to tell a story, but it’s actually quite engaging and brings us closer to a time when communication wasn’t always instant, no matter what the distance.

I was reminded of the anticipation that went with finishing a letter to my penpal, mailing it off and waiting for weeks. Then finally getting a letter back and eagerly tearing the envelope open to read the reply letter.

That’s 5 books for your summer reading. You may enjoy this selection. Or use it as a springboard to select some books to read over the next few months.

In doing so, consider things like the overall story arc of the book. Pick something different from what you usually read. Just because change is good. And refreshing.

Maybe try a new genre from most fiction books you read. Or a book written in a different time period. If you usually read contemporary books, then some of the books here would be a good change of pace, having been written a long time ago.

Or go looking for a book that tells its story in a different manner then you’re used to. Like the epistolary novel. I wouldn’t want all novels to be written that way, but it was really refreshing (and inspiring) for a change.

Most of all, do read something for fun this summer. It will recharge you, give you new ideas and a fresh perspective. Who knows what insights you’ll glean from any or all of the 5 books above that will help in your life today?