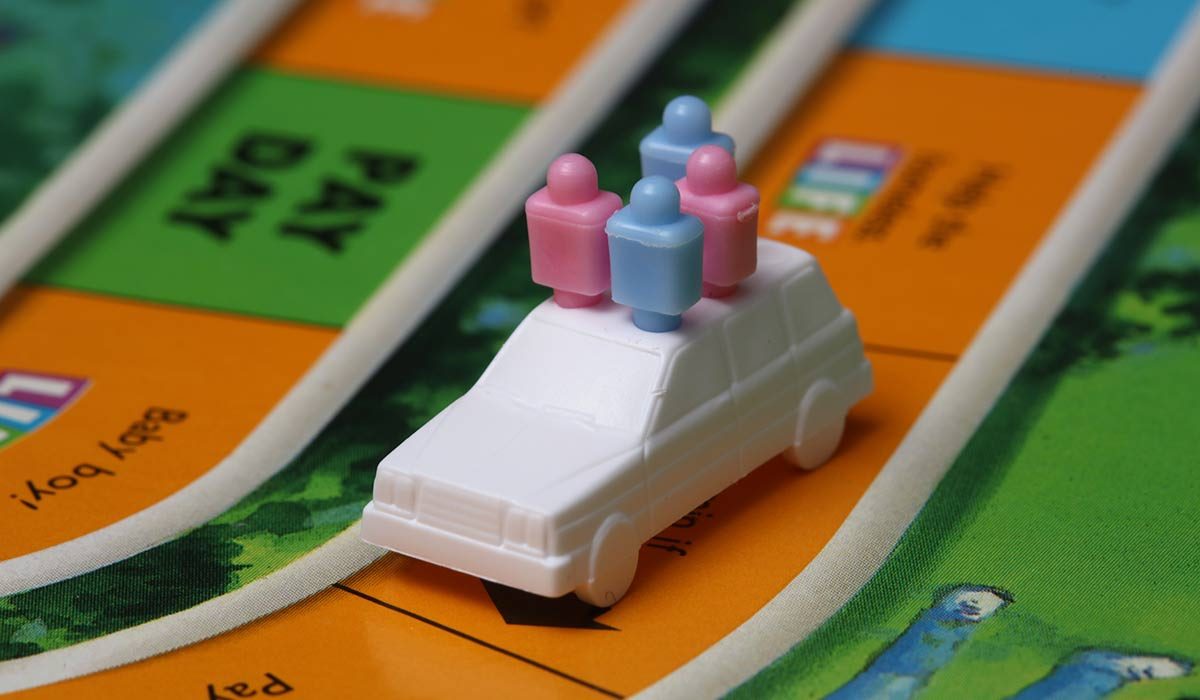 It’s a universalism that in life there are winners and there are losers. There are those who strike it rich and those who “live in a van down by the river”. That’s just life. For in order to have winners, there have to be losers (and a bunch of in-betweens as well).

This view comes from zero-sum thinking. It’s a view of the world as a closed system. With a finite amount of resources. From that follows that if I gain, somebody else has to lose. It’s the way of the world. Nothing to do about it.

Apply this concept to finances: The rich would have a lot less if the poor were to have more than barely anything.

Social interactions: If I’m friends with you, I don’t have any friendship left over for that other person. So they’re not included in our group.

Classroom: We’re grading on a curve. So even if you do excellent work, you may get a low grade, because there are others who do more excellent work and somebody has to be on the bottom end of the curve.

Workplace: There are 2 positions open, with 10 applicants. Only 2 can get a job. The rest are losers.

Resources are finite and your loss is my gain.

It’s as if life, real life, were a board game. Like The Game of Life, Monopoly or Risk. It’s all about competition: The player who collects the most and makes it through the course is the winner. The others lose. Some people take game playing very seriously and will do just about anything to win. Even if it’s only a game you’re supposedly playing for fun.

The thing is, zero-sum thinking is just that: Thinking. It’s a psychological construct that could be based in facts, but often is not.

To be sure, there are times in life that are zero-sum. I mentioned applying for a job where there are more applicants than job openings. That can certainly be viewed as zero-sum.

But if we widen the perspective a bit, each applicant could be applying for several positions so if he or she doesn’t get this particular position, there are other options. And in life, as it often turns out, the first thing that we were so set on, isn’t the ultimate. Something even better is around the corner. Could be that not getting that job was the bigger gain.

Zero-sum thinking can be quite limiting when it affects how we interact with the world around. Since in this way of thinking resources are strictly limited, I have to look out for myself and gather as much as possible so I won’t be without (money, friends, grades or whatever).

In its worst incarnation, zero-sum thinking leads to hoarding, fear of those on the outside and a closed-off existence. Really hard to connect with others when you’re constantly worried that they will take what should be yours. Because, remember, there’s only so much to go around.

So we see competition where there really is no need for any and it may even blind us to opportunities that actually are there.

As Helen Keller put it, “When one door of happiness closes, another opens; but often we look so long at the closed door that we do not see the one that has been opened for us.”

Years ago when I started my video production company, I excitedly told a friend who owned an established local video production company about my new venture. I’d expected some encouragement, but instead got a comment about how I was coming after his business. I found that odd, since the video work he did was very different from what I was embarking on and I’d rather hoped we might be able to complement each other at times.

But in his view, the video production pie in Little Rock was only so big, and so if there was another company in the running, that necessarily meant smaller slices for everyone else.

In the same way, if we view life as a race to some finish line, then it goes without saying that there has to be winners and losers.

Consider 2 guys vying for the attention of the same girl. One has to lose, because only one can win. Except, maybe she chooses neither. Then both lose. Or the “loser” moves on to find the girl who really is his soulmate. Everyone wins — it’s not a zero-sum game.

Also consider that in life there so much that is not a zero-sum: Skills for instance. If I learn a new skill, it doesn’t mean that somebody else has to lose theirs. And there’s no limit to human creativity. As we’ve seen, human knowledge has increased over the years. Inventions abound. Creativity is all around us.

You’d think that everything that could be known, invented or created was done by now, but far from it. If the past is any indication, we have massive inventions and creative outpourings ahead of us. Certainly none of that is finite or zero-sum.

The alternative to zero-sum thinking is to view the world as an open system, with if not limitless resources, so at least more opportunity than we’ll actually make use of.

In this view, it’s possible for me, or for many of us, to have an improved income/standard of living, without making anyone else’s life worse off.

In social interactions it allows me to be open to new friendships, because I have room to connect with more people.

In a classroom, it’s grading based on performance. So if everyone in that classroom does A work on the quiz, then they will indeed get an A.

If you go to a sea harbor in a tidewater region when the tide is out, you’re likely to find a dry harbor with boats sitting on bare sand, unable to go anywhere. As the water comes back in, it lifts the boats, little by little, until they’re all floating and can sail freely.

There’s even a saying from that: A rising tide lifts all boats.

Meaning, if things generally improve, we are all better off. No need to fiercely compete. We’ll all benefit. It’s possible to make room for everyone.

That sounds pretty good. A win for everyone.

So why do we focus down to look at a situation as a zero-sum game?

Fear has a lot to do with it.

Fear of the unknown, fear of change, fear that I won’t have my needs met. Because maybe everyone else will get more and I won’t. There seems to be a deep-seated fear of not having basic needs met. Maybe we’ve seen what having to really go without can mean up close and personal, or maybe we’ve seen it happen to others and are afraid that it will happen to us.

When basic needs aren’t met, it destabilizes our entire person. There’s a reason Maslow put basic needs like food, shelter and security as the foundation of the Hierarchy of Needs. When they are not met, we have a really hard time paying attention to higher needs. (You can read my post about Maslow’s Hierarchy of Needs here.)

When we overcome, or step around, that fear, we frequently find that things were not nearly as bleak as they seemed. That there is a way forward, often with the help of others, or us helping people around us, for the good of everybody. Again, a rising tide lifts all boats. And once floating, the boats can do what they were meant to do: Sail, go across the water, bring in food and goods.

So zero-sum thinking limits us far more than it actually protects us. Because it divides us into winners and losers.

Setting that thinking aside, lets us find ways to have a win-win instead. That will not only help you be better off, but also help me.

Obviously there are times when resources or options are truly limited. So zero-sum thinking might apply. But not nearly as many times as we are apt to think. Because options. There are in life so many options when we look for them. Options, alternatives, other ways of addressing the problem or issue. Other ways to move forward.

It starts with our thinking: A mindset of abundance, so let’s find options. Or a mindset of limited resources, so somebody wins and somebody loses. Which do you really prefer?

Reflection:
Do you view life or areas of life as a zero-sum game?
What confirms that assessment for you?
What would need to be true for you to change your view from zero-sum to open system?

5 thoughts on “Life: Zero-sum or something else?”

The old man and the kid