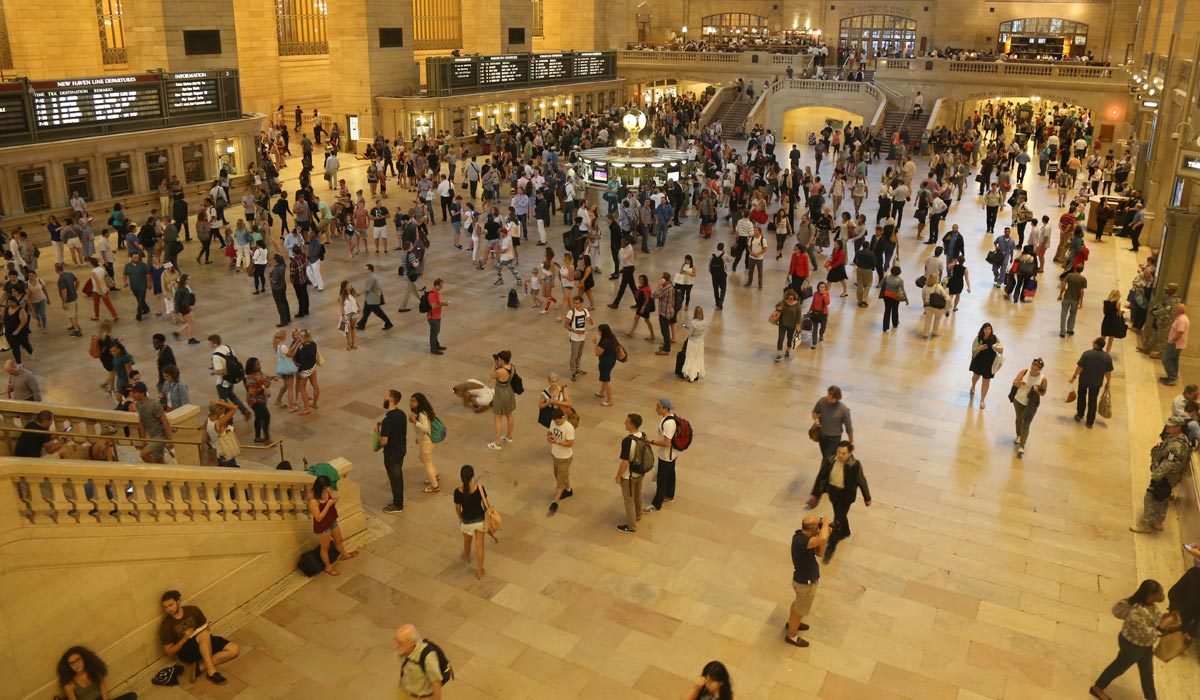 Happy accidents. Chance encounters or events that lead to things we couldn’t have imagined.

“Serendipity is the faculty of finding things we did not know we were looking for.”

The dictionary says serendipity is the occurrence and development of events by chance in a happy or beneficial way. Synonyms: chance, happy chance, accident, happy accident, fluke. Note that the connotation is always of something that is happy.

Let’s make that clear. We wouldn’t refer to two cars crashing into each other in an intersection as serendipity. That is not a happy accident. Unless of course it’s a romantic movie and that’s how the guy and gal first meet. In which case it could totally be serendipity. But I digress.

Two strangers, Jonathan and Sara, meet in New York when they both try to purchase the same pair of gloves. He’s attracted to her, but she’s not so sure. So instead of exchanging contact info, she has him write his name and phone number on a $5 bill that she promptly uses to pay a street vendor with.

Next she writes her name and phone number in a book that she will sell to a used book store.

The idea is that if either of those items ever turn up in the other person’s hands, then their relationship was meant to be.

Years go by and nothing turns up. Both are engaged to other people, but not really sure, and haven’t forgotten that one meeting. So each sets out to try to find the other person.

Entertaining as a romantic movie. Especially when the movie features scenes from the real life Serendipity 3 restaurant. The movie has a totally serendipitous beginning. Later it gets more complicated, because, well, the characters really push the limits on fate. Like how far can we push back on that happy accident? Because there may not be a 2nd chance…

“Do you think the universe fights for souls to be together? Some things are too strange and strong to be coincidences.”

What about serendipity in real life?

Is there such a thing and should we even care?

If you’re Scrooge from a Christmas Carol, you might be tempted to respond with a solid “Bah Humbug.”

Because you’d say that there are no happy accidents that were meant to be in the scheme of the universe.

There are just encounters and no particular reason. We can take them or leave them and it doesn’t make any much difference.

I tend to believe in the serendipity factor.

The way I see it, life is full of happy accidents. The real question is what are we going to do with them?

Because a chance encounter can lead to great things — like a lifelong friendship or an unexpected business opportunity. Or it can be ignored and lead to exactly nothing.

“Vital lives are about action. You can’t feel warmth unless you create it, can’t feel delight until you play, can’t know serendipity unless you risk.”

One way is to say it’s fate. It was ordained by the universe, the gods, God, karma, the stars.

The further discussion depends on how you understand the universe:

That last one sounds a lot like the famous lines by Shakespeare:

“Life’s but a walking shadow, a poor player,
That struts and frets his hour upon the stage,
And then is heard no more. It is a tale
Told by an idiot, full of sound and fury,
Signifying nothing.”

A professor of religion once once quoted those lines and commented to me: “Most people can’t live that way.”

Which is true. Because depressing. No happy accidents.

On the other hand, if there is a higher purpose going on… If there’s something more than nothing out there in the universe… Then maybe events happen for a reason.

Can we ignore serendipity?

So serendipity happens. Got it. But what if we choose to ignore it? Will that wreck our lives forever?

Strong believers in Fate and with view of the universe where we are all on different, pre-set paths, would say: “No, we can’t ignore it.” Because it’s Fate and what happens, happens. That’s life and we just have to get used to it. Life is something that happens to us. Not for us or by us.

A different understanding of the universe, assuming more agency for each of us (free will and ability to make choices), would say: “Yes, we can choose to go with it or ignore it.” Both are valid options.

I am in the camp of choices and that we can indeed choose to ignore serendipity when she comes knocking on the door. That would mean we miss out on whatever the opportunity was.

If we choose to accept, we move forward in a new direction. If not, we may never even know what we missed out on. Or we may years later regret not exploring an opportunity presented.

“There isn’t any questioning the fact that some people enter your life, at the exact point of need, want or desire – it’s sometimes a coincidence and most times fate, but whatever it is, I am certain it came to make me smile.”

Serendipity as a jumping off point

I used to not think much about serendipity. Until a few things happened that I couldn’t have planned if I’d tried. Like an encounter in Berlin in August 1975. Totally chance and yet life-changing.

I see serendipity at work almost daily. It may be doing research on a project and totally randomly running across information that turns out to be pivotal. But it wasn’t what I was looking for. I just chanced across it.

It may going to the store like I do every week and this one time running into a person I haven’t seen for a long time and in the brief conversation that follows getting a lead on a business opportunity. I wasn’t looking for anything like that in the cereal aisle and yet, there it was.

One way to think of serendipity is that it’s an introduction by the universe. Like when a friend sends an email to me and another person and says: “Claes and Mike, you have so much in common. You need to connect and talk.” Which I can follow up on or ignore. Maybe something will come out of that and maybe not.

Definitely nothing if I don’t respond.

That’s a key aspect of serendipity: We have to pay attention and respond affirmatively when opportunity knocks. There has to be a “yes, and …” to initiate conversation and keep it moving.

This is where my attitude plays in. If my worldview is that serendipity is a factor in our lives, then I’ll look for or at least be open to those moments so I’ll recognize one when it happens. Even if it seems outside the usual box.

On the other hand, if serendipity is not part of my worldview, then I won’t be open to those moments and unlikely to recognize it when it happens. Life will go on and I can truthfully say that “nothing out of the ordinary ever happens here.”

One of the hallmarks of serendipity is that it doesn’t come with a Jumbotron to announce it. Rather it’s a whisper. Even if I recognize what’s happening at that moment as unique and fortuitous, I most likely have no idea where this could lead. It’s as if I’ve just seen the tiny tip of an iceberg. What’s hidden below the surface could be small, big or absolutely huge. I won’t know until much later, after stepping out and taking the risk to explore it more.

“Most of us have one big idea at some point in our lives. That Eureka! moment. It comes to us all in different ways, often by chance of serendipity.”

There is risk involved with serendipity. Because it’s stepping into something unknown. Out of my comfort zone. It could turn out to be nothing. It could even end badly. Or it could turn into the opportunity of a lifetime.

The thing is that if we always only go with what’s known and safe, we won’t get very far. Because that’s a very limited box. But outside the box is the world. Possibilities we haven’t yet imagined. The thing is, you can’t methodically explore things you don’t know.

Which is why many significant scientific discoveries were by “accident”. The researchers were looking for something else or made a mistake in the process and as a result discovered something they weren’t even looking for.

“Synergy and serendipity often play a big part in medical and scientific advances.”

In 1968, Dr. Spencer Silver at the 3M Company, was experimenting to develop a super-strong adhesive when he came up with a really weak one instead. What do you do with a glue that doesn’t stick much? Certainly not permanently?

Along came Art Fry, who had a problem with his bookmarks falling out of place when he was singing in church choir. Because he worked with Dr. Silver, he knew of that tacky adhesive and used some on his bookmarks. Now he could place them where he wanted. They stuck. But could be repositioned with no problem. Life was good.

Or not. In 1977, when 3M tried to market these newfangled adhesive (yet removable) notes, they were not a success. It required much more work before the product took off in 1980. Eventually Post-it® Notes went on to be on every desk.

The canary-yellow color of those Post-it Notes was a happy accident too. The first product samples were made using canary-yellow scrap paper that happened to be available.

In this real-life lesson on serendipity, we see all the hallmarks of a true happy accident: When that weak glue was first discovered, it wasn’t what they were looking for. It would have been so easy to ignore it and focus on the real goal.

But somebody saw some kind of potential in that new accidental discovery and kept coming back to it.

Yet it took somebody different to come up with a use for it. And stepping out to test it. Turned out it worked there.

However, that was one person’s experience. It took much more effort to turn this into a product and I’m pretty sure that neither of the inventors had any idea just how big this would become.

Because you can’t predict serendipity.

“I’ve always loved life, and I’ve never known what’s ahead. I love not knowing what might be round the corner. I love serendipity.”

Today, how will you react when serendipity comes along? Too busy? Won’t even notice, because it’s not on the schedule? Or embrace it with a “Yes, and…” Plus, can you tell serendipity from an interruption? (Trick question, because often enough we really can’t.)