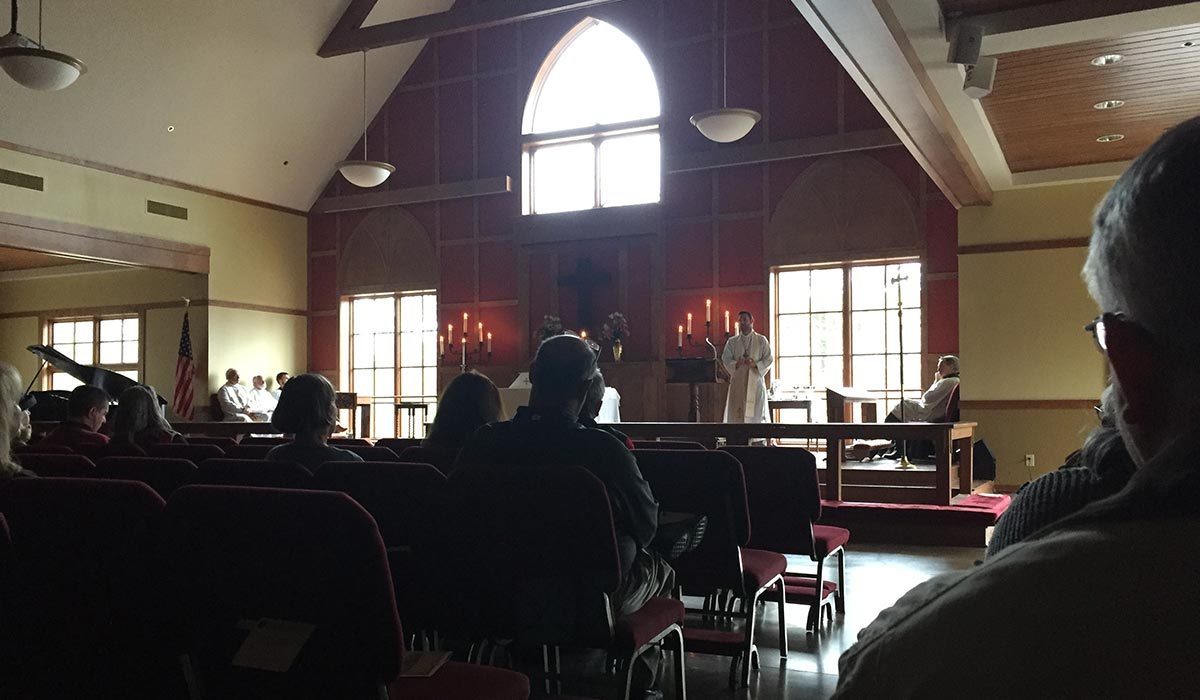 It was a very regular Sunday morning as I walked into St. Andrew’s Church. On the cold and blustery side, but that’s late stages of winter for you.

As I crossed the lobby toward the sanctuary doors, I wondered if I’d missed some announcement. It was rather dark inside the sanctuary. No lights on. I didn’t recall hearing anything about today’s service being of a special kind. You know, without lights. Like a candle-light type service.

Except a while back when the projection system was out of commission. Maybe it was down again today?

There were plenty of people around, finding their seats in the darker-than-usual sanctuary. We’re blessed with large windows at the front of the room, so we’re not talking pitch-black here. Just no overhead lights. Only dim daylight.

I chatted with a friend, commenting that “Maybe somebody forgot to pay the utility bill?” As I found a seat, I wondered how this would all work out.

I’ve been part of churches (and on teams making worship happen), where if power was out, it was an utter disaster. Because every aspect of the service depended on the presence of electricity. Lighting, musical instruments, projection and screens, microphones and speakers, recording and live broadcasting of the service.

St. Andrews is not that dependent on electricity. Fortunately. But it was also quite clear that the live candles that are part of every service, while doing a lot for ambiance, don’t do anything for adding actual light to the room.

The service started. There was music. Because a grand piano produces great sound quite naturally. Especially when it’s in a spot from where sound naturally radiates through the sanctuary. A flute and drums added richness to the soundscape.

The worship team did an awesome job adjusting. They would have had different hymns and songs prepared for the contemporary service, but now had to rely on already printed orders of service. So go with what was in there from first service.

Can’t really say that I missed the sound system that much. It was just a little harder to hear the vocalists. Especially as members of the congregation in darker areas of the room were struggling to read the printed words and so congregational singing was more hushed this day.

Readings and the sermon also worked well enough without amplification. Which maybe shouldn’t be so surprising, considering that humanity got along without any speaker systems at all for thousands of years.

Except of course, most of us today don’t really know how to project our voice. We count on a sound system to reach the back corners of the room. Quite unlike my drama teacher in college, who knew how to project and reach everyone in the large auditorium, without a mic and quite without losing her voice in the process. But I digress.

The key point is simply that everything went on. Not exactly as usual, but almost. Close enough that the worship service was substantially the same experience as any other Sunday.

Of course with no electricity, assistive technology for the hearing impaired was not working. Wouldn’t want that to be a new normal. And it was harder to read the print in the order of service. I got good at tilting the page forward to catch maximum light, yet still be able to read it. I felt sorry for people in the back, where’s it’s darker. But some enterprising folks used their phones to provide light. Where there’s a will, there’s a way.

There are also other benefits from having electricity on during church service. Like heat. So it will be nice to have it back next week.

But the important thing is that, with a few minor inconveniences, everything went on as it should and would any other Sunday.

And that was the thing that stood out to me: Everyone adjusted. Made allowances for today being an extraordinary day. And went on with what we were all gathered here for: Worship.

So many times we experience roadblocks or something unexpected happens and we get all derailed. Put out of sorts. Then we’re unable to move forward with what was originally planned. The day is ruined and nothing is going to make it alright.

Except this day wasn’t ruined. Worship went on. Because everyone chose to flex, adjust to today’s situation, and carry on. Like the Brits say: Keep calm and carry on.

This happened to be one of the latter.

Frankly, it would have been actually frustrating to come to church, only to be told that there was no service, because power was out. Or to get a phone call or text message when in the middle of getting ready to head there or already on the way.

When power went out that morning, I know that church leaders were faced with a decision. One that had to be made fast:

I’m so glad someone in leadership didn’t just panic and decide to call off service at the last minute. Instead, we had a great worship service that was just a little more memorable for not being exactly like every other Sunday.

And it brought a realization that we, as a body of believers in this church, are not so dependent on technology that we can’t worship our God when said technology doesn’t cooperate. That we’re all able to go on and do so quite nicely.

Life is a beautiful thing. But also full of little surprises. When we can flex and adjust for occasional road bumps or imperfections, we’re much better off for it.

Imagine that you were in charge at the church when power went out. How would your have reacted? Would you have made a different decision than to go ahead with a worship service, sans electricity?

2 thoughts on “Keep calm and carry on?” 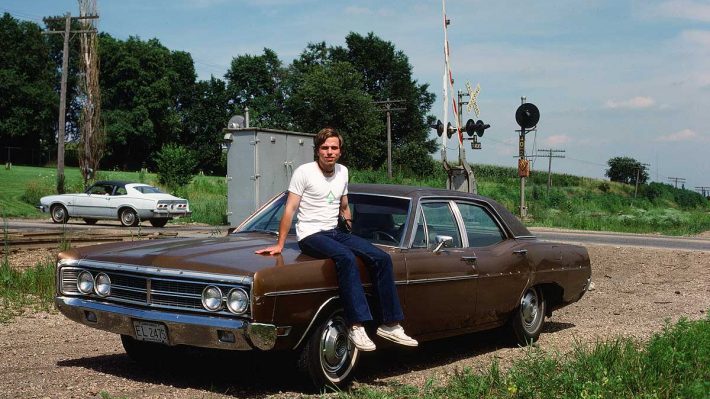 I moved to a new country