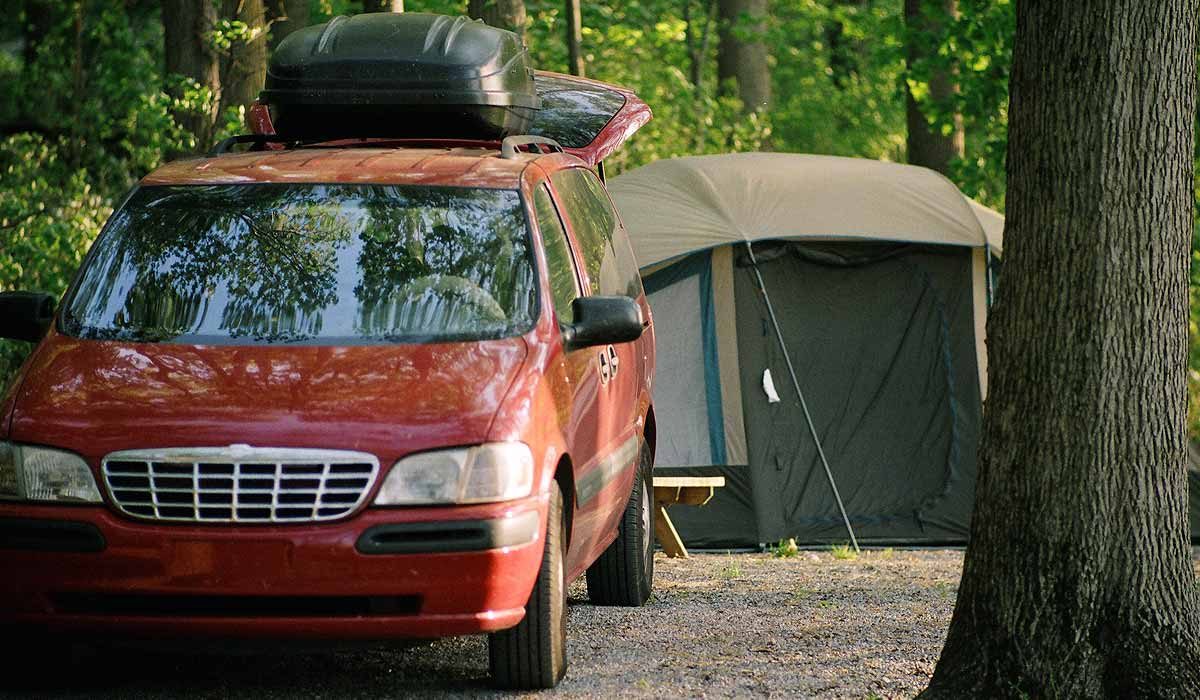 For many years, Diane and I had a red van. It took us lots of places, from the mountains of Colorado, across the plains of the Midwest, through snows in Iowa, to busy streets in New York City. And many places in between.

It was almost new when we got it and just the right fit for our family. Then years went by. Eventually I pondered that it might be getting time to trade. There was a trip to Dallas where we were on an expressway, rushing (or not) along in traffic to get out of the city and home. I noticed that the temperature gauge was slowly, but steadily rising. If traffic was moving, the needle went down. If traffic slowed down, it would go up. Fortunately we made it out of Dallas onto the open road towards Little Rock without the car actually overheating. Just a close call.

It took a few trips to the shop to get the overheating problem under control and the van made many more cross country trips for several years, but always with the nagging feeling that we might be in trouble if we ever got stuck in a traffic jam for any length of time.

Then other issues popped up. Things not working right. AC leaking and not cooling. Service bills got more frequent and higher. The service guy asking if we were planning to get a new vehicle some day soon.

And our needs had changed. With just me and Diane in the house now, we didn’t really need a van seating 7. But I still hesitated …

There were so many memories of trips our family had taken in that van. It had provided great service for us for many years. Hauled anything I threw at it.

The thing is, what we know is comfortable. We’re used to it. I didn’t like the thought of having car payments again after so many years. But had to realize that I was paying that and possibly more in repair bills that could pop up any time, anywhere.

I was at a business conference when the speaker asked us all: “If you continue to do what isn’t working, what is the cost to you?” That made me think.

With the van, the cost was:

The benefit (if you will) was:

We finally did make the change and got a new, smaller vehicle. One better suited to where we’re at now. Yes, there are car payments again. But no big repair bills and minimal maintenance expenses.

The issue may not be an unreliable car. There are many other things in life that fall into the same category of “I’m putting up with this because I don’t want to make a change.”

Sure, I can keep hoping that things will get better (automagically) or I can do something about it. Really only those 2 options.

However, all too often, we fail to accurately count the cost of continuing as things are versus doing something different that addresses the issues we deep down know we have.

Because we have this notion that there is no downside, no real cost to things continuing as they are.

I surveyed small business owners and nonprofit leaders about their websites and specifically what problems on those websites (or even not having one) cost them. Many admitted to having website performance issues. But all seriously underestimated the cost of the poor performance to their organization. By a magnitude! Some even thought there was no cost, no negative impact from their website’s poor performance!

Yes, we tend to overvalue what we have and not readily see what its flaws are costing us. Sure, I didn’t like the repair bills on that old van, but we had to have wheels, so I paid. Because what are you going to do?

What we have — the situation we’re in — is known. For all its faults, it’s comfortable (to a point). And there’s the fear of the unknown and change. What if I go ahead and make a change and it doesn’t work out as planned? Then what? Maybe a fear of failure thrown in.

So we don’t accurately count what the current state of things costs us and keep going. That cost may be in money. But it can just as easily be emotional, mental, physical or anything else.

It may be that because there’s an issue here, I spend a lot of extra time on it and don’t get to things that would be much more pleasant (and profitable) for me to focus on.

The first step (which may be a bit daunting) is to admit that things are not what they should be or could be. To admit there’s something broken, wrong or that otherwise needs change.

Then comes figuring out what to do next. Because I’m used to things as they are. Not that unknown, changed world out there. This can become a paralyzing point where we get stuck. We know there’s a problem, but we can’t get a grip on what to do about it (or we’re not ready to see the full cost yet).

Fortunately, often there’s a way to start small towards fixing what’s wrong. For me that was an out of town trip. Because the van wasn’t so reliable, I rented a car. That got me thinking about and checking out what was out there for new and newer cars. What would we get when we went to replace the van?

The rental car also gave me a chance to realize what it was like to drive something that wasn’t so massively temperamental. Wow, I’d forgotten.

Making a change became a lot less scary, and I had a much more realistic notion of the real cost of continuing to do what I was doing and what the cost of change would be.

In the end, the process of reaching that point was far longer and more emotional than the actual process of going out and getting a new vehicle. Now that things were moving, it took very little time to find a new car that was just right.

And, as it turned out, very much in the nick of time. The day we went to the dealership to pick up our new car, the temp gauge on the old van hovered right on the edge of the red area the whole way over there.

I have to admit that once we had the new car and realized how great functioning air conditioning is (along with everything else about the vehicle working properly), I did wonder why we didn’t make the jump earlier. Why did we wait so long?

As they say, hindsight is always 20-20. The real trick is to, right in the middle of living, see when it’s time to make a change. We need to be honest and clear-sighted enough to know when something isn’t working any longer. Which comes right back to the words from that business conference: “If you continue to do what isn’t working, what is the cost to you?”

Reflection:
Is there something in your life that you’re continuing doing or putting up with that isn’t working? What is the real cost to you (financial, mental, spiritual, emotional)?