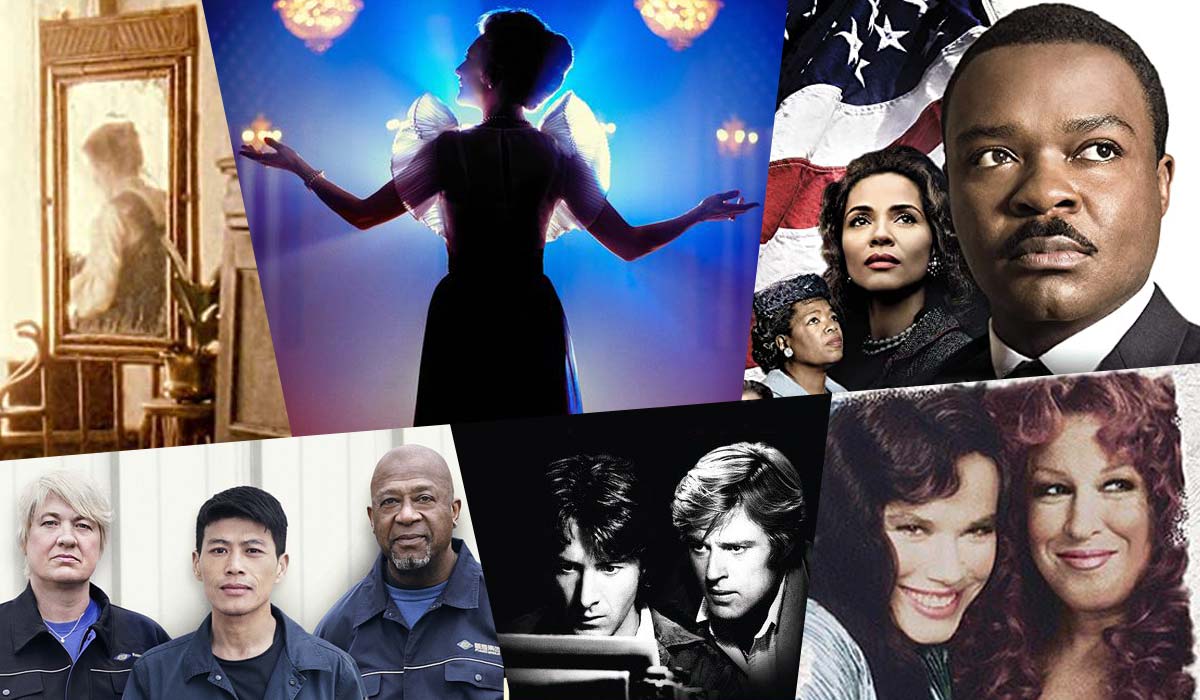 Movies (and TV shows) inform and inspire. Help us make sense of the world we’re in and also to see what all it could be.

Every day we live through events that will later become part of history. But things unfold messily and a little bit at a time. So it’s hard to see any big trend and if it truly is a game changer.

Perspective only comes later, as we look back at a series of events and see how they shaped history.

Some of the titles below cover things that I saw unfold on the news, little by little. Others are about times and events that are already in the realm of history. But they all have one thing in common: How we choose to live life and define what’s important.

Let’s start with a classic movie about an equally classic time:

All the President’s Men

A clumsy burglary and 2 green reporters. A minor news story that then just wouldn’t go away and eventually blew up the political world, bringing down a president. It was a scandal at the highest level.

The story follows reporters Bob Woodward (Robert Redford) and Carl Bernstein (Dustin Hoffman) as they investigate what seems like a random burglary. Back in 1972, we didn’t expect this little thing to become a high stakes thriller.

And once the story started to unravel, there was the longest debate about how high involvement went. Was the president actually involved? It seemed inconceivable.

Then little, by little, the inconceivable became much more conceivable, as we learned what really went on behind closed doors.

It’s a cautionary tale of what happens when ends are allowed to justify the means. And how badly wrong things can quickly go.

Once upon a time there was a simple proposition called the ERA (Equal Rights Amendment): “Equality of rights under the law shall not be denied or abridged by the United States or by any State on account of sex.”

Sounds simple, right? Who could not want that: men and women to be treated equally under the law.

Or maybe not. After all, it wasn’t until the Equal Credit Opportunity Act of 1974 that women could get credit cards without their husband cosigning the application. Say what?! Inconceivable!

So passing the ERA to be part of the constitution should have been pretty straightforward. After all, there was bipartisan support of it.

Except apparently, nothing is ever that simple.

Mrs. America is the story of what happened on the road to equal rights and protection for everyone, women and men. Equally interesting is learning more about the many people involved and what they were about.

Because too many of them I only knew from media snippets and headlines here and there. Again, that blurry jumble of bits of information we gather as events unfold around us.

This is a well-crafted limited series that puts a volatile period of our recent history in perspective. We’re certainly living with the effects today. And equal rights under the law is still an elusive goal.

The American manufacturing base has changed immensely over the last 40 years. So many jobs that provided a solid income for workers for decades are long gone. In their place, shuttered factories and giant ships carrying thousands upon thousands of containers from overseas manufacturers. Because apparently even the cheapest little item can be made for less overseas.

So it’s news when manufacturing is brought back to these shores.

American Factory is the story of the former GM Moraine Assembly plant that was closed and then got new life when Chinese company Fuyao took over. Like the proverbial fly on the wall we get to see how things unfold and hear from factory workers.

It’s hopes and promises, contrasted with unfolding reality. Also about the incompatibility of Chinese and American industrial cultures. All against a backdrop of manufacturing everywhere changing in the face of robots and automation.

The manufacturing world certainly has changed irrevocably from when I worked in industry in the 1970s and it’s not done yet.

In March 1965, Selma, Alabama, was suddenly on everybody’s mind, no matter where in the U.S. you lived.

It was not the first time civil rights marches had been met with violence. But it was a time and place when things definitely changed as a result.

It was also a time when the violent response (tear gas and eager application of billy clubs) to a peaceful march was displayed on front pages all over the world. The kind of photographs that make you truly wonder what would possess one human being to treat another in that manner.

But the real key players are all the unarmed blacks (and whites), marching for something as simple as the right to vote and be part of shaping the community they live in. Without risking being beaten or blown to kingdom come just for existing.

Selma isn’t just one march. There were several attempts before the march actually was successfully completed. And the world wondered if this non-violent approach really could have any effect in the face of so much hatred, backed by institutional violence …

Yet in August 1965, President Johnson finally signed the Voting Rights Act of 1965 into law. Major accomplishment.

How truly sad that 55 years later, this law is still being challenged by endless efforts at voter suppression. Because the concept of one person, one vote is apparently really, really scary to some folks. Clearly there is much more work to be done.

Beaches is about C.C. Bloom and Hillary Whitney, 2 preteen girls, who randomly meet on a beach. Turns out they’re from very different backgrounds. Plus they live at opposite sides of the U.S.

Even so, they become fast penpals for years. Their lives truly intertwine when they eventually are roommates in New York.

Then their very different personalities lead to a fallout and going their separate ways. But reconciliation comes in the end and they’re there for each other as life takes a dramatic turn.

Bette Midler and Barbara Hershey play the adult friends. This movie is also an opportunity to see Mayim Bialik in one of her very early movie roles, long before The Big Bang Theory.

It’s a touching, heart-felt movie about what being a friend means — through highs and lows. And the things friends do for each other.

Sometimes that includes saying “I’m sorry” and making up. Sometimes, it’s just knowing that there is another person, somewhere in the world, who cares about me and believes in me.

It’s the kind of friendship we all dream of, long for and only rarely experience. Which is why it’s to be treasured when it does happen.

Swedish drama film set in the early 20th century, based on the real life of Maria Larsson. She is a working class woman, married to Sigfrid, laborer, alcoholic and womanizer. Together they have a growing number of children.

She wins a camera in a lottery and looking to turn it into more usable cash, meets a photo shop owner who teaches her how to use the camera and become a photographer herself.

In the midst of her bleak world, this newfound skill becomes a creative outlet, as well as a way for her to help others. Plus it affords her a lens through which to view the rapid social change in Sweden.

Meanwhile, her marriage to Sigfried becomes increasingly abusive and he goes to prison for nearly killing her. Yet, once he’s released, they reconcile. Finally a happy moment for the family?

Eventually Maria passes away and her daughter Maja becomes the guardian of her photographs, including Maria’s only self-portrait, taken in a mirror.

Existing is often not easy and can be all-consuming. But that’s not all that life is about. Finding something even a little bigger, something that lets us rise above bleak circumstances can make all the difference.

Life is messy. And can change rapidly. Just consider how much daily life has changed for us all in a few months. All too easy to get caught up in the current messiness. Get discouraged.

Today too will eventually be part of history and we’ll more clearly see the defining moments. It’s not just in history. We have those in our lives too. The trick is to recognize them and treasure them and then make them be truly defining by how we live going forward. The legacy of those who came before us goes on. 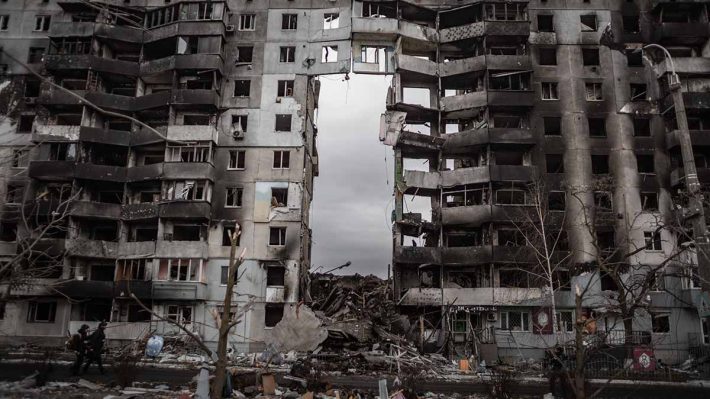