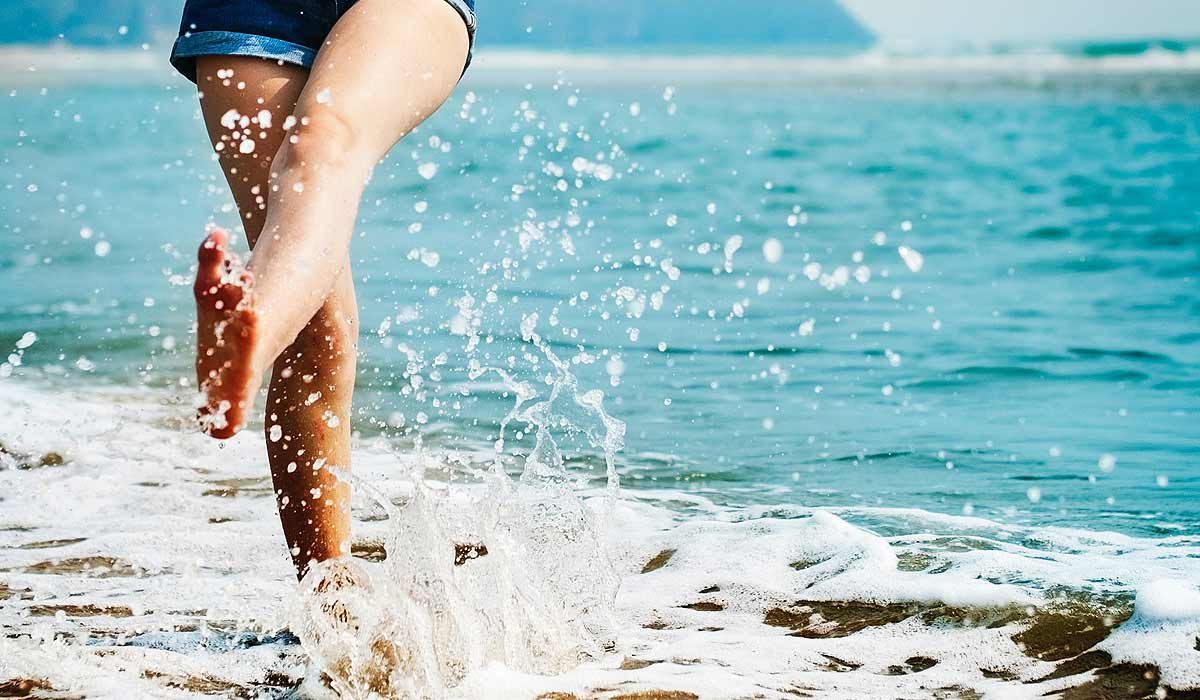 All signals of summer for me. Even though I haven’t lived near a beach for many years.

Growing up in southern Sweden, I was about 7 miles from the coast. Many summer Sunday afternoons our family went to the beach. At the strait between Sweden and Denmark, you can still see land way over there on the other side. But it’s the sea nevertheless. As in sandy beach and waves rolling in.

In my early teens, I’d spend much of summer drawing comic strips in the morning and in the afternoon bike into the city and an olympic-sized saltwater pool located a stone’s throw from the actual shore. So you could swim in the pool and still be by the sea!

There were of course plenty of seagulls around. One summer my parents and I found a seagull with a wing injury at the shore and took it home to nurse it back to health. We kept it in our outbuilding until it healed and eventually took flight again, off to new adventures.

The smell of wood tar? It’s a key part of Swedish summer. Wood tar was used to preserve the lumber used on every dock. So yeah, the smell of summer! 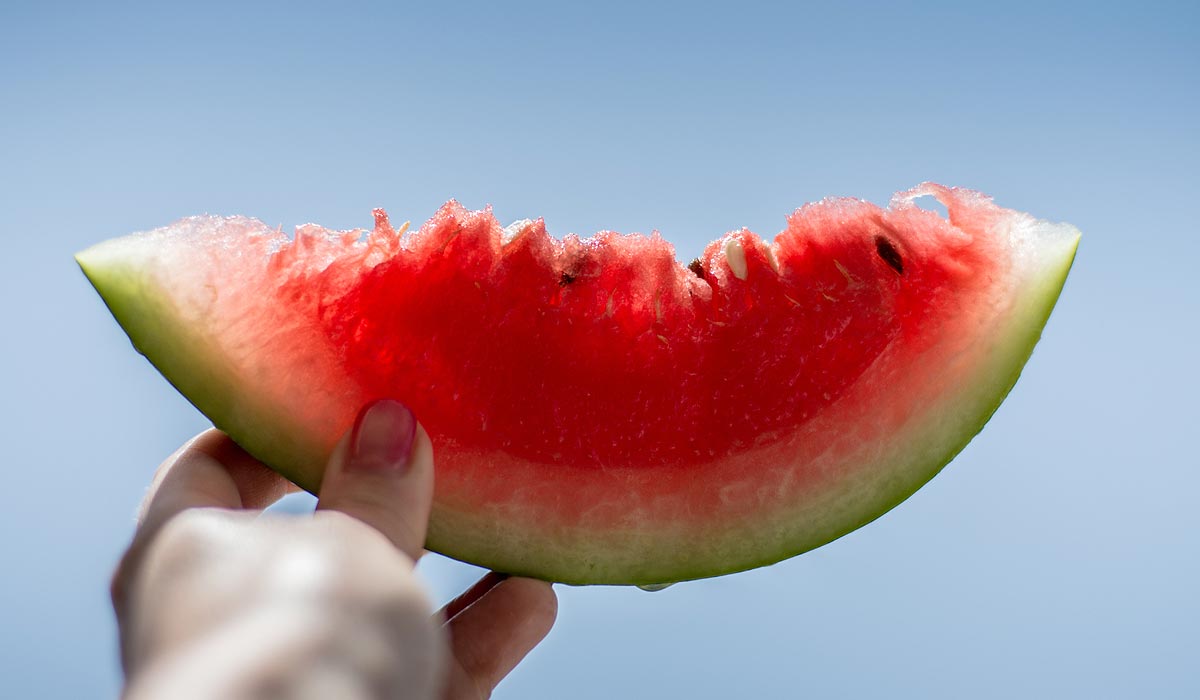 That made me wonder what others connect with summer, so I asked a few friends: What do you think of when you hear “summer”?

William (New Jersey): “Walking down to the ice cream shop at night with one of my kids for a treat.”

Emily (Arkansas): “Long days, the beach, swimming pools, canoeing, barbequeing on the deck, lounging outside, reading in front of a fan.”

Dagmar (Germany): “Summer is a very nice season. I don’t have to wear pullovers and boots. I am feeling really free.”

Yes, summer brings about very different associations for us, and yet there’s a common thread: That of summer being quite different from the rest of the year. I still recall being a kid as school ended in early June: We rushed out into the endless summer. Because August and school starting again was in a galaxy far, far away.

Summer is a time when we break out of normal routines and that often includes travel:

Dagmar: “I always remember my best holidays I spent once in Cornwall with the whole family and last year visiting my friend Carol in South Carolina. And my holidays when I was a child visiting my grandparents in that little village where I was born.”

Sarah: “Going camping with my family near the ocean in Oregon. Being a lifeguard.”

William: “Leaving at 11PM and driving all night with three kids in a Subaru to Myrtle Beach, and at the exhausting end, seeing a hundred ‘South of the Border’ billboards while very young Joelle in back chirping non-stop a thousand ways to say her first word ‘Mommy.'”

Or be spent closer to home:

Emily: “Staying at the pool all day, flirting with boys, reading a Stephen King book, listening to music and eating snacks from the pool snack bar”.

We associate sounds, smells and feelings with summer, more so than with any other season it seems. Maybe because it’s such a vivid season and we see it as different from the rest of the year. Like I said, the smell of wood tar will always mean summer to me.

Dagmar: “The sound of insects, singing birds, the smell of mown grass and beautiful flowers, the taste of ice cream or strawberries and cherries on a hot day. Warm blowing wind, soft rainfall, air-conditioned car, cold ice cream, burning in the sun, cooling down in the shadow, millions of flowers around, walking at the seaside.”

Sarah: “Sounds: frogs and crickets, kids playing in swimming pools. Smells: Campfires, fresh corn on the cob, fresh cut grass. And warm tomatoes off the vine, crisp watermelon, and corn on the cob.”

William: “Summer camp with the thick smell of honeysuckle.” 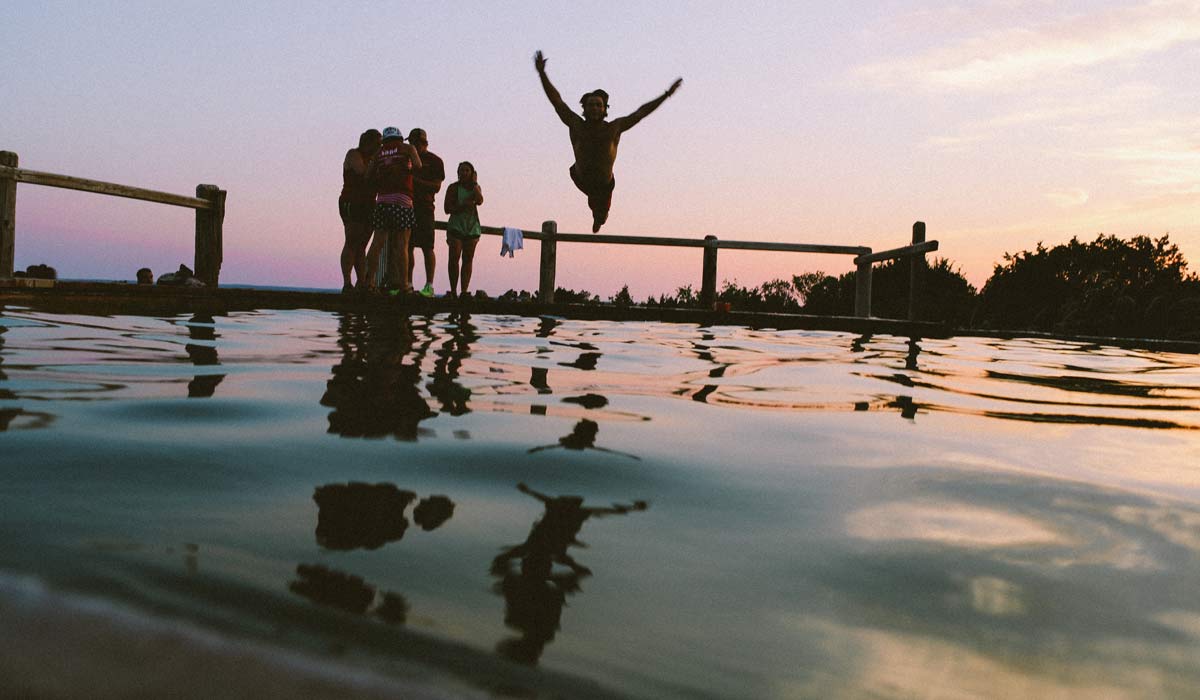 William then shared memories from a lifetime of summers:

“Our neighbor had a small 16 foot pool. It was under a tree so it was very cold. So at the end of the work day, the kids would run out to the paint truck and beg me to take them over to swim.

On especially hot days, since we had no AC, swimming was a mood changer. Instantly the freezing cold water would shake me out of exhaustion. We would instantly begin creating the whirlpool, where everyone goes around the edge of the pool trying to escape Daddy. If I got too close, they would cut the middle to avoid my hungry arms. “Cheating!” I would yell, and the pool tide got stronger and stronger as I raced after them. (We needed to do this in order to stay warm.)

Some nights, out attic bedroom at 11:00 PM was ninety degrees. The ceiling fan wasn’t enough. And on three summers Gisela was seven months pregnant. So she would take an ice shower, throw a towel on the bed and fall into it.

The canoe race at Boy Scout Camp where we were in first place until all the water being splashed into the boat caused us to slip to one side and overturn.

Playing manhunt at the cabin, where Jesse was the fugitive and Caleb, Lucas, Shane and I would hunt for him. And he broke all expectations by reaching home base (the cabin) aquatically.

Canoe camping by water’s edge with a little night fishing.

When I was a small kid, it was so hot I would lie on the basement floor to cool off.

Twenty five years later my kids would stand for five minutes in front of an open refrigerator door trying to decide what they wanted. We would as kids endlessly explore the woods and sand pits without ever worrying about harm. We were endlessly building forts. Walking along sitting train cars and occasionally pulling on the air brakes for the blasting sound.

The lake in our home town was so dirty, we’d came out of the water and write words on our chests and laugh at each other.

One time while playing baseball, I was too lazy to go into the house. While peeing in the bushes I looked up to the dining room window only to see my grandmother’s face.

Taking a long walk in the evening to the beach front hotdog shack so I could get an ice cream.”

Why is it that memories of summer as a kid stays with us so well? Of course it wasn’t all play. Or was it?

Dagmar: “I visited my grandparents in that little village I was born. I was in the garden with my granny or feeding the chicken. Often we were riding the bicycle to the next village for doing the shopping. Playing card games in the evenings with my grandparents. Dancing in the rain on a meadow.”

Emily: “Playing outdoor games with kids late into the evening, days at the neighborhood pool, staying up late and watching reruns on TV (all we had before cable!), spending the night with friends, riding bikes, playing Atari. Yes, I’m an ’80s kid! Being alone a lot, as parents worked.”


Some of the most memorable summers for me are the ones in the ’70s spent spent traveling around Europe with my backpack. Life-changing in so many ways.

Summer is definitely a change of pace, not just because school’s out forever:

William: “Summer meant the end of homeschooling. The end of the daily schedule. Breakfast alone with Gisela on the deck. And the constant reminding the kids that vacation does not mean the end of chores!”

Dagmar: “Summer is that time when it is mostly warm or hot and you feel always very well.”

When we were kids, beginning of summer was looking forward to an endless adventure with time for everything and we’d never be bored. (Yes, by August, the pool is passé and the kids are indeed bored, but that’s another story.)

I think even as adults, we long for that endlessness and still have ideas of our ideal summer:

Dagmar: “Time on a vacation with a beloved one. Sitting together in the warm summer evening with a drink while listening to the cicadas. Having a nice conversation. Building memories together. Walking on the beach together and holding hands.”

Sarah: “Tour of Europe with a small group of friends.”

Emily: “Not having to work – just staying home, reading on the deck, and in the evenings mixing cold drinks and grilling out!”

Sounds pretty good to me.

Yes, time goes by faster now (than when I was a kid), but summer still is a season of nearly unlimited possibilities. The world is green and friendly. Even the occasional rain is just a nice interlude. I look forward to what this summer will bring.

I’m planning time for writing, some travel (but alas, no European tour or cross-country train trip this year) and just enjoying being.

Because life is precious and as endless as it seems now, summer will eventually be gone. Leaving behind a lot of memories.

Reflection:
What does “summer” mean to you?
Do you have a stand-out summer memory? 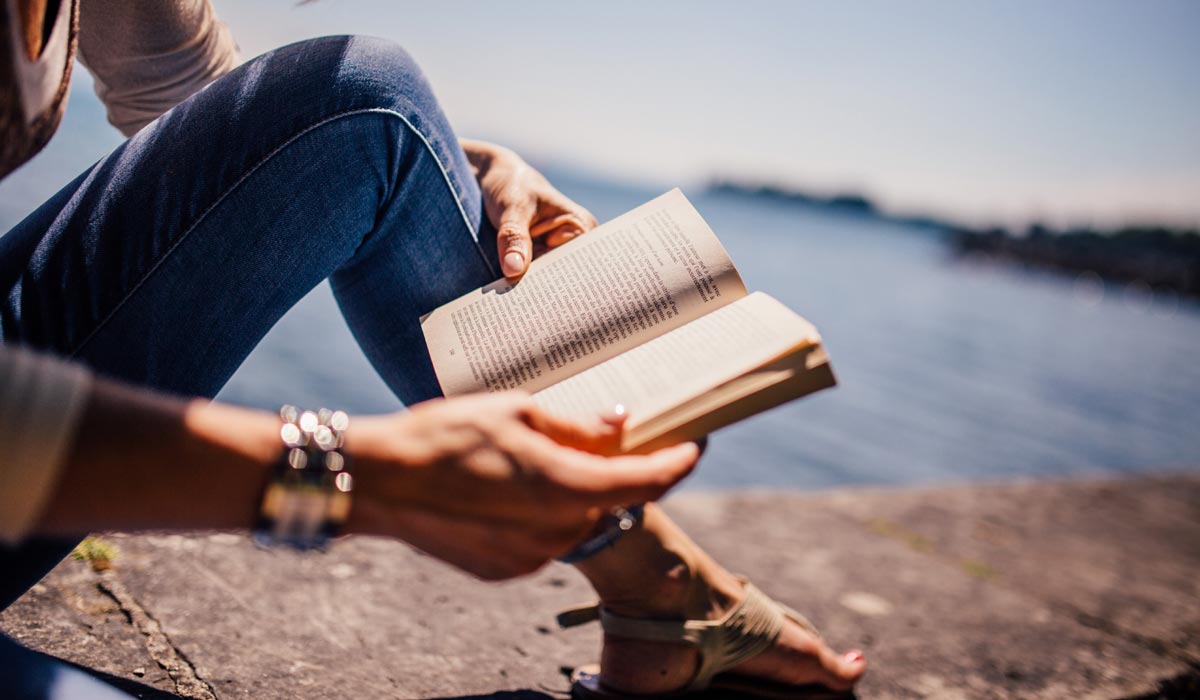