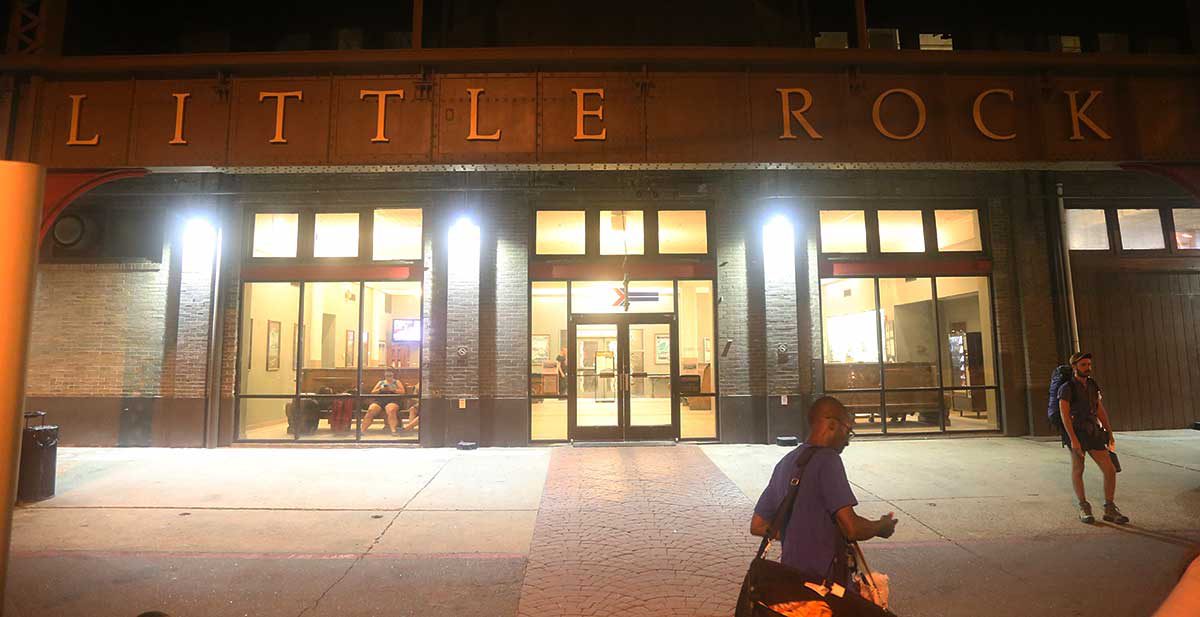 Train station in very late evening. The waiting room slowly fills. Clearly there are a bunch of people getting on the Texas Eagle tonight, bound for St Louis and Chicago. Little Rock’s Union Station comes alive around 11pm. Okay, the lower part, toward the tracks. These days most of the station building is used for offices and event space.

But the Amtrak waiting room is still there. The high-backed, very solid wooden benches with exquisite carvings and the intricately tiled floor must have been here when the station was built in another era that saw several railroads bringing their passenger trains here. Hence the name Union Station. Today, there’s only one platform and exactly one northbound train at 11:39pm and a southbound train at 3:10am.

I’m starting on a journey tonight, boarding the Texas Eagle, coming from San Antonio, Fort Worth and Dallas, heading for St Louis and Chicago.

Well, actually it really started long before when I scheduled an important meeting in Washington, DC, for a Wednesday in July. The meeting set in stone, it was time to figure out how to get there.

Easy, you might say. Fly. Sure. I’ve done that. Or drive. Yeah, done that too. Several times. I-81 through Virginia is a pain, a roller coaster of a racetrack for semi trucks. Besides, the idea of driving for 2 days, by myself, didn’t appeal to me. And flying… sardine can comes to mind.

What if I took the train?

Amtrak has a daily train, the Texas Eagle overnight from Little Rock to Chicago. There, I could change to the Capitol Limited, Chicago – Washington, DC, another overnight trip. In total hours, not much longer than if I drove, figuring on spending one night in a motel somewhere in eastern Tennessee (looong state to drive through on I-40, which also is pretty much a racetrack for semis).

I’d first go to Washington, DC, for my meeting. Then maybe take a Northeast Corridor regional to New Jersey where I have friends I hadn’t seen for a long time. Spend a couple days. Then a New Jersey Transit train into New York City to catch up with a friend in Queens. That sounded like a good plan. A really good plan.

Next I could take journey I’d been wanting to retrace for a long time: Ride the Lake Shore Limited from New York to Chicago.

Backstory: When I first came over to the US for college, I flew in to New York. Met a friend there and together we rode the Lake Shore Limited to Chicago and eventually I made my way on to the University of Iowa in Iowa City. I liked the rail journey back then and had wanted to ride that route again for a long time. Here was my chance.

Of course that would involve more time on the road than flying or driving, but the trip would include so much more. Easy call.

So I made plans. Amtrak lets you do a multi-point journey just as easily as scheduling a point to point trip. And the price was just about the same. So for just a bit of extra time on the road, I’d get to catch up with several friends. Priceless!

That included spending a few days in Chicago. I used to spend time there off and on many years ago, so had plenty of things in mind that I could do and places to go.
Finally, I’d again board the Texas Eagle for the trip from Chicago to Little Rock and the circle (such as it was) would be complete.

Once back home, I’d be able to check off a couple of my bucket list goals: ride the Lake Shore Limited from New York to Chicago again and cross the US by train. That second one would be a partial checkoff. The eastern half covered: Little Rock to the Atlantic. Little Rock to the Pacific would be for another day in the future.

As things turned out, in part because of what happened on the trip east, it was about 6 months later that I found myself going from Little Rock to the Pacific and back by train.

It’s just amazing what taking one step can set in motion. 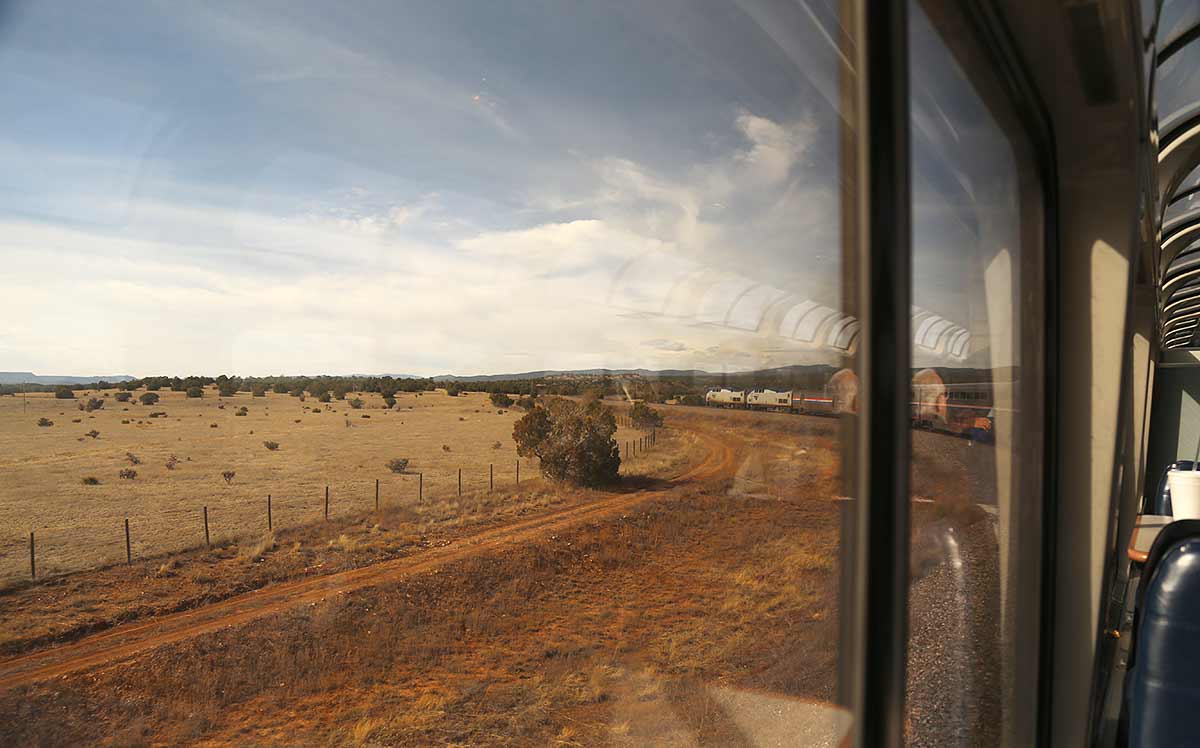 As J.R.R. Tolkien wrote in the Fellowship of The Ring: “It’s a dangerous business, Frodo, going out your door. You step onto the road, and if you don’t keep your feet, there’s no knowing where you might be swept off to.”

It all started with the need to go to Washington, DC, for a meeting. I said, “yes, and…”, building on that starting point. At any step, things could have gone very differently, but the way they lined up, I went on a simple journey and made some very significant realizations along the way that changed the direction of my creative efforts and business. More about that later.

Sometimes we travel because we have to and try to get there as quickly as we possibly can. The journey is just something to be endured (airlines seem quite happy to do all they can to oblige in that). But what if the journey is as much part of the overall experience as the destination? What if we expect great things to happen on the journey itself, as well as at the destinations? That would be a very different experience indeed.

In several posts coming up, I’ll trace my journey by train across the US. Not just the trip Little Rock – Washington, DC – New York – Chicago – Little Rock, but also the later trip Little Rock – Los Angeles and how it too turned into more of an adventure than I at first planned.

So stay tuned. If you haven’t already signed up to get email updates when a new post goes live here, do so now so you don’t miss a thing.

Reflection:
What kind of traveler are you: All about getting there as fast as possible or is the journey part of the experience for you? What’s your favorite way of traveling, if you can have your choice?

Let me know in the comments.