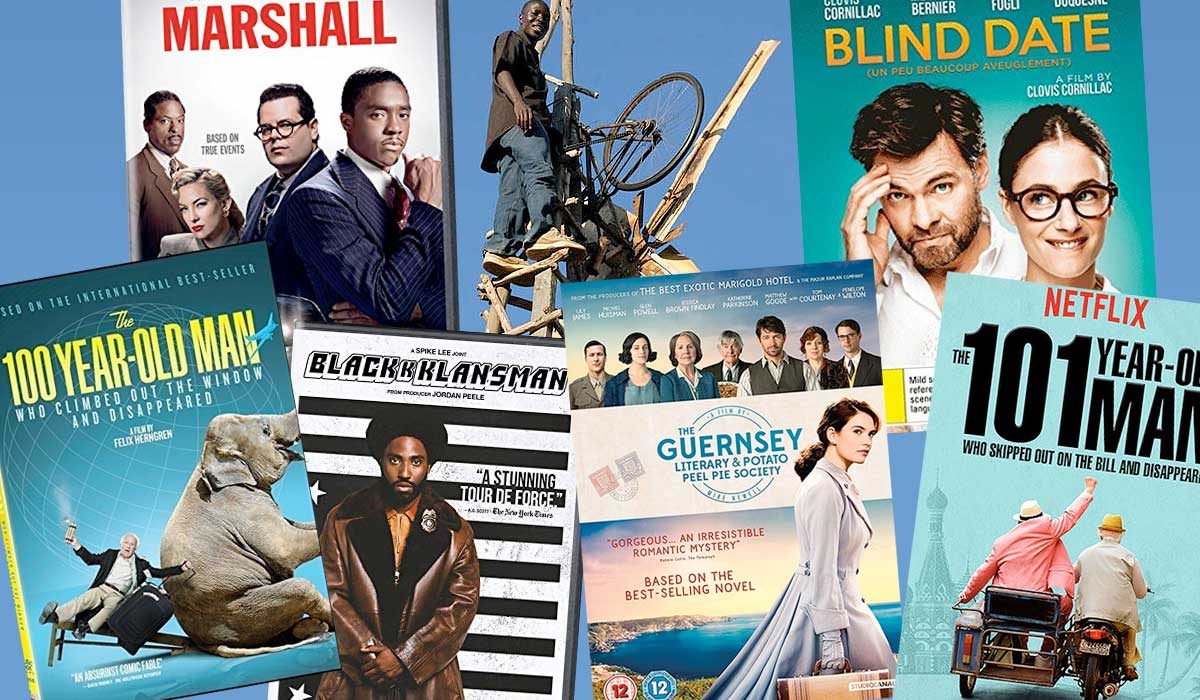 What do a 100-year-old Swedish man, a boy in Africa, a French pianist, a young lawyer, a police detective and a book club have in common?

They all figure in stories about individuals changing the world around them. How choices we make affect those around us, for better or worse. And how what we do today, may be preparing us for things yet to come, things we could not even imagine.

Several of these films are based on true stories. Some are fictional, but involve real historical events.

The boy who harnessed the wind

This movie, available on Netflix, is about 13-year-old William Kamkwamba, growing up on a farm in Africa, in an area plagued by drought. With crops failing, there’s no money to pay school.

But as the drought gets worse, William comes up with a plan (helped by text books he’s able to get his hands on, even though he’s not officially in school): He’s going to scavenge parts from the family bicycle and the local junk yard to build a windmill that will produce electricity to pump water from a well into a home-made irrigation system.

Sounds like a plan. If you’re MacGyver. Really tall stretch for a 13-year-old kid. Facing lots of obstacles. Because nobody believes he can really pull this off.

It’s a gripping movie. Well crafted and definitely worth watching.

It also made me think about the things we take for granted in this country.

Recently our part of town lost power for a day. I switched to activities that didn’t require electricity. My laptop computer had a fully charged battery, so was good for several hours. Though the house internet was down, I could still get online using my phone. Also fully charged. So it wasn’t that big of a deal.

Yet I know of neighbors who went out that day and purchased generators to power whatever was really important to them. Because we’re so used to having electricity all the time.

Having no power, no water, except deep down in a well, hauled out one slow bucket at a time, is a very different situation. William could have given up, like almost everyone around him. But he saw how some things he read in a book could be turned into reality and change the lives of not just his family, but the entire village.

A delightful French comedy. What happens when a passionate pianist and a soulful puzzle maker who treasures silence, end up in apartments next to each other, with just a wall between them?

Machine moves into her new apartment in Paris. She’s aspiring to be a professional pianist and plans to spend her days practicing for a big debut. Meaning hours of piano playing.

On the other side of the wall lives Machin, a puzzle maker who treasures quiet and solitude. He sets out to scare her off. Like he’s chased away previous tenants. Because he likes quiet.

And so we have a movie about relationships, about connecting, about fears (and facing them or not). With comedy. Because in comedy and in life, things rarely go as we plan. Sometimes we have to face up to our fears in the end, even at the risk of losing that which we want most.

It’s a thoughtful and funny movie that brings us face to face with the concept that sometimes we’re just much more comfortable with the mental image we’ve built of another person than with what’s really there. But a relationship can only go so far until we truly face each other as we are.

Marshall is a must-see movie. If you’re old enough, you will remember hearing the name Thurgood Marshall. As in the first African-American on the Supreme Court of the United States. But he wasn’t born to that position. Thurgood Marshall had a long legal career before getting appointed to the highest court in the land.

This film focuses on those early years, when he argued, and won, cases that were far from clearcut and far from easy wins, focused on civil rights. All in a time of rampant racism, and not just in the South either.

It would be wonderful to say that we’ve left all that behind us and learned from past wrongdoings, but recent history shows that’s not nearly the case. Which makes this film very relevant for today. Because, do we really want to go back to those “good ol’ days”?

I am thankful that people like Marshall persevered and didn’t stop fighting for what’s right, and the concept that all men (as in all humans) are created equal, that they are endowed by their Creator with certain unalienable Rights, that among these are Life, Liberty and the Pursuit of Happiness.

If Marshall was set in a more distant age of Jim Crow, BlacKkKlansman, brings us a bit closer to home. In this true story from the early 1970s, Ron Stallworth is hired as the first black officer of the Colorado Springs Police. That in itself is a story, given racism he faced there.

But then, as they say, it gets better: Ron manages to become a member of the KKK. He makes it work with the help of a couple colleagues. Eventually Ron connects all the way up to David Duke, the master himself.

It’s a suspenseful story that makes us face a part of not so distant history (given that most of it is still with us) and it’s impossible to watch the film without asking what on earth makes people fill themselves so full of hate for other people that they are willing to truly do anything to hurt or kill those other people.

It’s also a reminder of how just a few people can make a difference for the good of all of us. And that the fight is still far from over. Because we’re still not at that day when all humans treat each other as equal creatures.

2 Swedish films that made a hit internationally. Definitely not based on a true story. Rather consider them Sweden’s response to Forrest Gump. And definitely a worthy response. Just like Forrest, Allan has the uncanny ability to wind up right where history is written, and sometimes he helps write it. Or tweak it.

When the story starts, Allan Karlsson is a regular 100-year-old man who lives in his little cottage with his cat Molotov. That is until the local fox gets not just the chickens, but also the cat. Allan deals with the fox in his own way: By blowing him to kingdom come, using dynamite he had lying around.

That lands Allan in an old folks home. Which is not much to his liking. So he does what the title says.

The film follows his adventures after disappearing. Because a 100-year-old can still get into things. Through flashbacks we are treated to all the international events he’s been part of during his long life, including being a double spy and having a strong penchant for blowing things up.

The 2nd film picks up shortly after the first one ends (hence the 101-year-old man). Because the adventures are not over. For one thing, there’s a search for a Russian soda recipe from the ’70s. Once again international complications ensue, both in the present and in flashbacks of Allan’s interactions with world leaders. Brezhnev, Nixon and Reagan are just a few Allan crossed paths with (and possibly also double-crossed).

Definitely absurd comedy. Also a good reminder that just because a person is old, it doesn’t mean he or she didn’t ever do anything extraordinary in life, or that life around them can’t get interesting now.

Did you know that a part of the British Isles was actually occupied by the Germans in WWII? This movie is about that time on Guernsey, one of the Channel Islands, just off the coast of France.

In 1941, during the occupation on Guernsey, a group of friends is stopped by German soldiers for breaching curfew. They explain that they are returning home from their book club meeting. Asked for the name of the book club, they quickly come up with “The Guernsey Literary and Potato Peel Pie Society”.

In 1946, a year after the war ended, author Juliet Ashton, gets a letter from one of the book club members. This leads to correspondence and eventually she goes to Guernsey to write the story of the book club and also the occupation of the islands. But it turns out there’s more to the story than meets the eye at first and her research ends up exposing things from the war that others would rather have had left alone.

It’s an engaging story that delves into a number of issues: Why do people act the way they do when under duress? (As in during the occupation.) And how do you deal with settling scores once the occupation is over?

We also get to see how very different people are brought close because they share time together in a book club, finding common ground, learning about each other and themselves.

That’s 7 movies about life, about people. In a wide variety of situations. Some went on to become famous. Some made an important difference in their little corner of the world, in the process inspiring others to follow. And some, well, they just loved blowing things up.

In each of the stories, there’s ample opportunity to ask, while watching the movie: What would I do in that same situation? And what can I learn from this story for where I am at today? 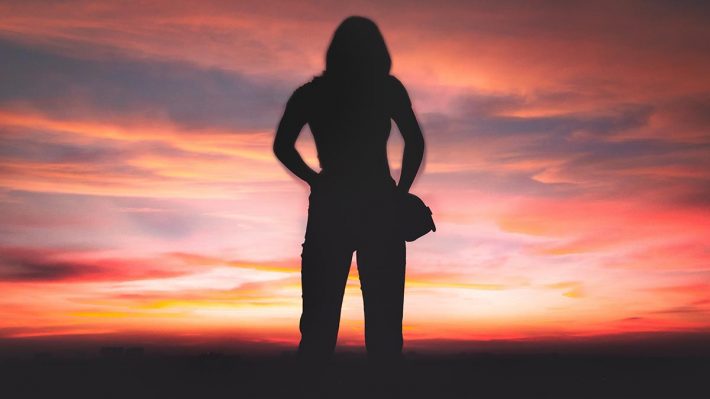