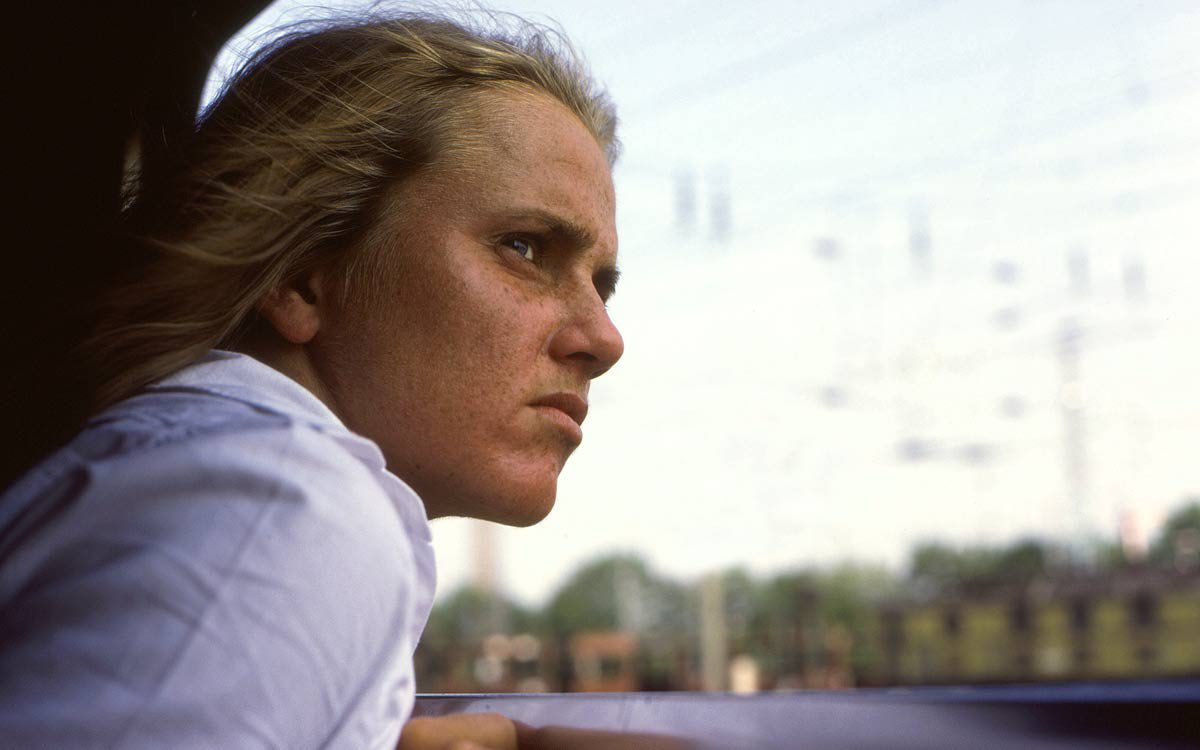 Did you travel to discover the world when you were of college age? Lots of young people did (and do), exploring other countries and even continents, coming back with a new appreciation of the world we live in.

Manfred Weber from Germany was one of those young people. He used InterRail passes to go to distant corners of Europe. Apparently the travel impressed him and now that he’s a Member of the European Parliament, he wants today’s young people to have a chance at the same experiences.

Thanks to his efforts, this year 20,000 European 18-year-olds will get a free InterRail pass good on railroads across Europe for up to a month, courtesy of the European Union. (That would be like the government in Washington, DC, deciding that US college kids could have a free pass on Amtrak.)

Member of European Parliament Brian Hayes (Ireland) explains: “Europe needs to reach out to a younger generation. Europe badly needs to dream again and celebrate the common bonds that tie us together. We need to move on from the failure of Brexit*. … We need to invite young people to travel across Europe — their European Union and experience the idea of unity through diversity.”

(That would actually be a really good idea here in the US too. Something like Explore America Again.)

Now, you might think this is a some leftist plot to waste taxpayers money (if you don’t, there are a number of people on the other end of the political spectrum who have voiced that opinion).

But both Manfred Weber and Brian Hayes are members of center-right parties! They see this as an investment in the future of Europe where young people discover what other parts of the continent are like and meet people who live in other countries, building connections and bonds.

InterRail passes were first rolled out in 21 European countries (including several countries behind the Iron Curtain) in 1972. The pass was available to youth under 21 and allowed unlimited rail travel for 1 month. For a very reasonable fee, all of a sudden you could get up and go, hop on any train you wanted and wake up half a continent away.

I used InterRail passes during several years, criss-crossing Europe and in the process discovering the wide variety in nature and culture (think Mediterranean coastline to high Alps to flatlands in Northern Germany) and got to meet a multitude of people. Other Swedes out traveling, Germans, Scots, Australians, Americans and so on, not to mention locals in the places I visited.

Manfred Weber refers to his own experiences traveling around Europe, and a backpack full of messages he’s gotten from young travelers, as the reason why he so vigorously promotes this idea of free InterRail passes for young people as a way to bring people together.

The amazing thing was I could go to my local train station and purchase a pass that gave me access to virtually all the trains in Europe (plus some ferries and buses as well). Then I could head out with my backpack and either go with the flow and end up where I felt like it or follow a more detailed plan.

There was the chance encounter on a train in Switzerland where I met 2 American girls traveling Europe. We got to talking and one of them, Patty, mentioned that she was going to Munich and wanted to visit Dachau while there. So we agreed to meet up and go together in a week’s time. I spent some days in the mountains and then headed to Amsterdam for a few days before showing up in Munich on the appointed day and time. Patty and I went to Dachau together, and then rode the scenic bus up to Rothenburg od Tauber, visiting there, before she and her friend headed off in one direction and me in another.

Then there was the conversation with Tom at a Youth Hostel in Munich where we were talking (1977) about what the European Union would be like as it formed. Tom’s view, being Scottish, was that a strong EU would be good for regions, like Scotland, as they’d have more of a say in things. I thought of that conversation as the UK voted to leave the EU (noticing that the vote in Scotland was widely in favor of staying in the union).

Detractors say that what young people need are jobs, not free travel. Absolutely do they need jobs. However, many of us at 18 or 20 don’t really know what we want to do for the rest of our lives. Travel and meeting other people can help us find that direction far faster than sitting around home waiting for inspiration or listening to guidance counselors.

One guy backpacked around Europe in the 70s and decided he really liked it. So he started writing about travel, eventually moving on to making videos and building a whole business out of it. Now, decades later, he’s still at it, introducing new generations to the wonders of travel. You may have heard of him: Rick Steves.

I remember a day of climbing and hiking mountains in Switzerland one summer and there, with a group of friends from around the world, concluding that I wanted to work in media and film. I’d already started down that path, but after a few years of photography school following high school doubted my “calling.” It became very clear in the mountains and never left. I knew I wanted to help connect people and tell stories. Still doing it today.

Back to the new initiative by the European Union: While the InterRail passes are free for 20,000 lucky 18-year-olds, meals and lodging are of course still up to each person. However, getting the pass may well be the shot in the arm needed to leave home and explore the world out there.

I bet that many of them will come home with unforgettable experiences and a changed outlook on life. Traveling you tend to not only discover the (faraway) places you visit, but also learn about yourself and develop a better appreciation for where you come from. I never liked my hometown so much as after I came back from traveling and at the same time the travel gave me the courage to explore actually living in other parts of the world.

One thing we discover is that we’re all humans. We may look a little different, but we’re all people and have lots of things in common. Often way more than what pulls us apart.

I wonder, what would happen if young people in the US had this kind of opportunity? What would it do to an 18 year old’s understanding of themselves and this country if they spent a month (or two) traveling coast to coast (actually stopping some places along the way).

There are T-shirts from my alma mater that read: The University of Iowa, Idaho City, Ohio. Funny, but sad. So many of us, young and old, really don’t know this country. Large parts of it are even written off as “flyover country.”

Yet there’s nothing like sitting down with somebody from another place or culture and talking, even if you don’t agree on everything.

The program kicked off by the European Union is one way to foster more cross-cultural experiences and as such I believe a worthwhile investment.

There are also things we can do ourselves:

I applaud the European Union for giving young people a unique chance at adventure this year. Can’t wait to hear what stories those young men and women come home with, and longer term, how their lives are changed by the travel experiences.

Reflection:
How has travel/discovering other cultures/ethnicities shaped your life and outlook?
How might you help young people in your family, church or community have those kinds of experiences?

*Brexit — The UK vote to leave the European Union. Get all the details about it here.

InterRail is a system of rail passes for residents of Europe. Those living outside Europe can get the same hassle-free train travel experience in Europe with Eurail passes. Learn more at eurail.com.

Amtrak offers a variety of passes and ticketing options for exploring the US. Amtrak.com 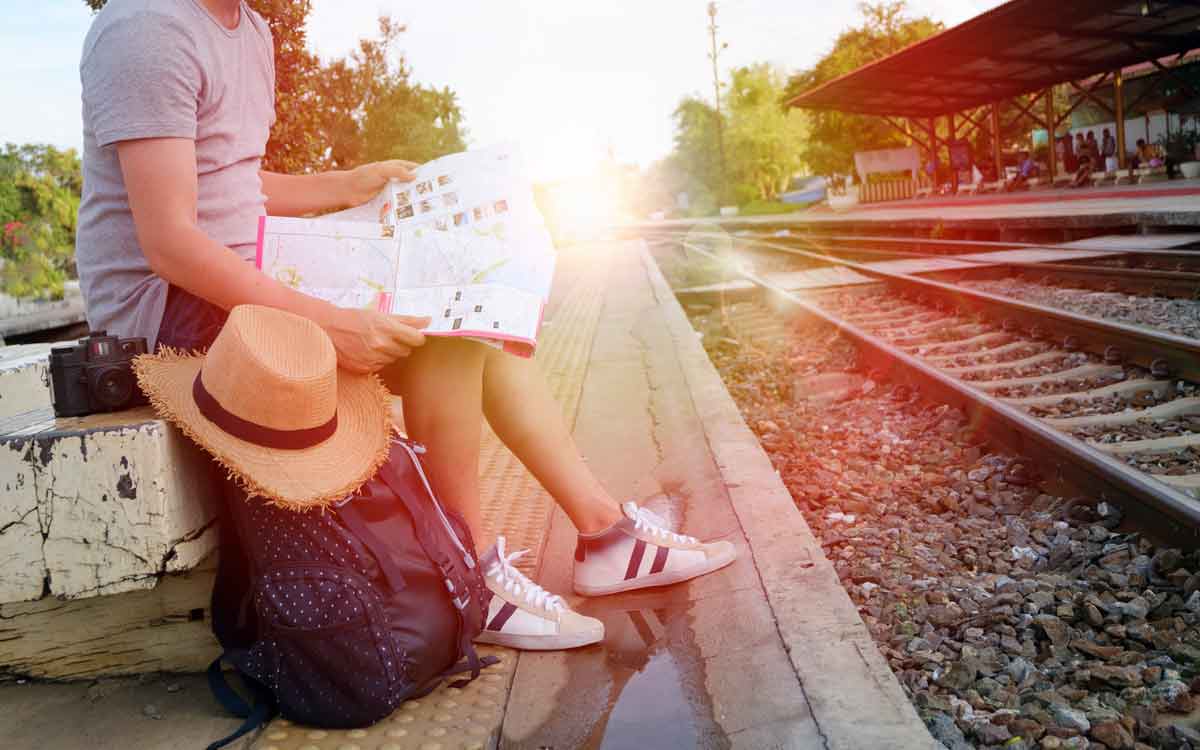 Half full or half empty? And does it matter?