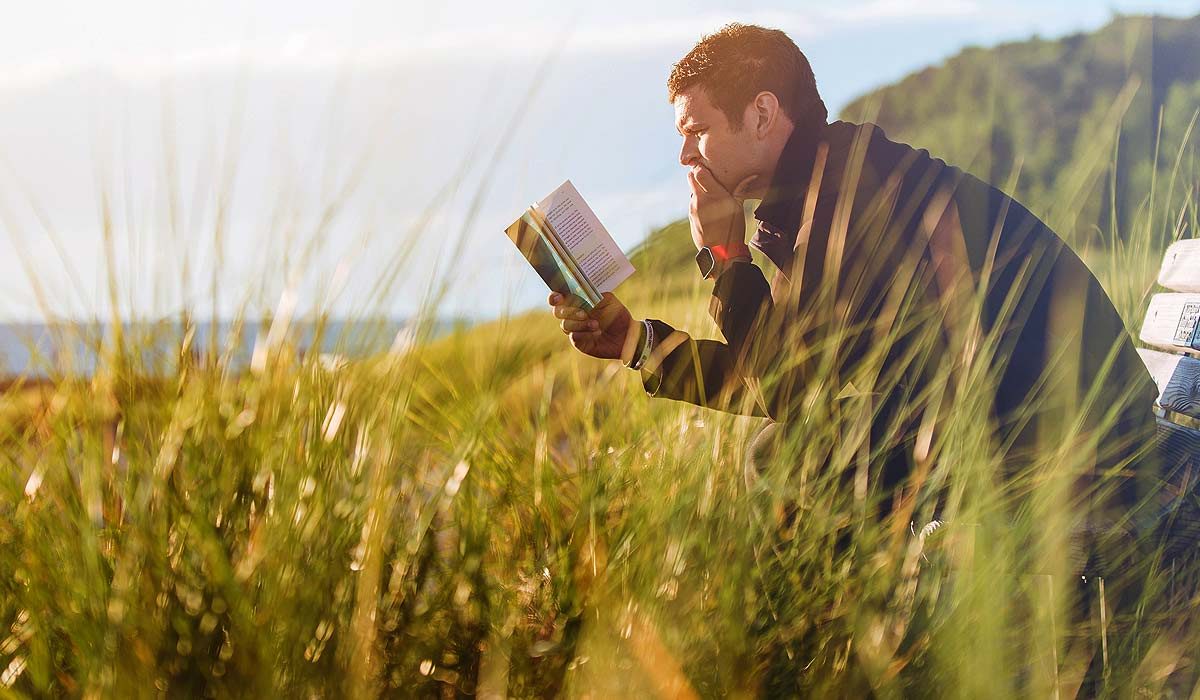 Reality always beats fiction. I heard that phrase a long time ago and still find it to hold true. Maybe that’s one reason I really like biographies. Because so often reading about the lives of real people and how things played out is much more interesting and engaging than any piece of fiction.

I’m saying that being a fiction writer, working on a novel that is inspired by real events and real people, but ultimately is about fictional characters and events that didn’t happen in real life.

And certainly the world of Middle Earth is incredibly engaging and we care what happens to Frodo, Bilbo and all the others. Except at the end of the day, they’re fictional. They didn’t really live.

Ever After is a movie retelling of the Cinderella story. The brothers Grimm come to a chateau to interview its old mistress about the fairy tale. At the end, the tale told, the old lady comments to her visitors: “And, while Cinderella and her prince *did* live happily ever after, the point, gentlemen, is that they lived.” The movie makes the connection that beyond the fairy tale, there were real people who inspired the tale and what it became.

Biographies take us right back to the source. A biography is an account of someone’s life written by someone else. An author did a lot of research to tell the story of someone they found interesting enough to share with others. It has the ability to give us a closeup look into another person’s life and how they maneuvered through all its twists and turns.

An autobiography is the story of a person’s life written by that person. We get the person’s story told as they want it told. Like we were there, talking with them.

Both a biography and an autobiography can be very intimate and personal, diving into both success and failure, fear and confidence, joy and sadness.

Through a biography we can get to know another time and begin to understand how people in that place and time made decisions about life. We get to follow along as life winds its way, to see how things play out. All the while knowing that this is stuff that really happened.

The choices we see are real ones, as are the issues the people deal and any happy ending is not a fairy tale. Not that there always is a happy ending for that matter. 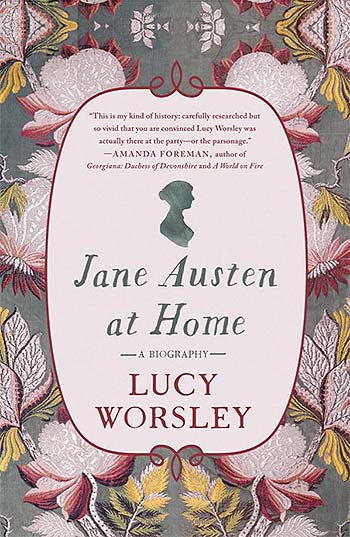 I just finished reading an exhaustive biography on Jane Austen (Jane Austen at Home: A Biography by Lucy Worsley). Having read some of Jane’s books, maybe Pride and Prejudice, we form some idea of who Jane must have been based on the novel or novels read.

But was that the real person? Who was the woman who dreamed up these enduring novels? Novels that today are more popular than ever, even though they were written about 200 years ago. And was life in England at that time really about making a match with a suitor who had £10,000 a year (and what did that mean in terms of actual lifestyle)?

It took an in-depth biography to help sort that out for me and bring out the whole person of Jane Austen. But now that I’ve read the biography, I understand Jane’s life and times and can relate to them (and her novels) so much better. I am more amazed than ever that she managed to complete 6 significant literary works in a life that was all too short.

History that is all about facts and what king ruled when, tends to bore us to tears, or at the very least is difficult to relate to in terms of the people who lived then and there.

A good biography bridges that gap, by drawing us into another time period and another person’s life. We learn what made them tick and why they made the choices and decisions they made. Now that I understand, I can relate to and learn from that person and their actions. 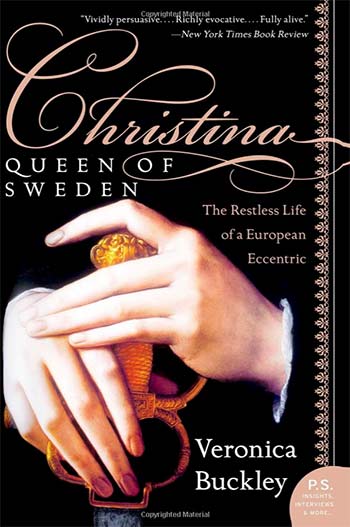 Way back in school in Sweden, I memorized the timeline of Kings and Queens. There was Gustavus Adolphus, chief defender of the Protestant faith in the Thirty Years’ War. He was killed in battle with the Imperial (Catholic) armies in 1632. His 6 year old daughter succeeded him on the throne, as an adult becoming Queen Christina. Some years later, she abdicated the throne, converted to Catholicism and left Sweden to settle in Rome. That was the history book timeline. But what about “the rest of the story”?

Recently I read Christina, Queen of Sweden: The Restless Life of a European Eccentric by Veronica Buckley, and I was able to put that all into context and understand the nuances of this very odd life, as well as the turbulent times it played out in.

As Queen of Sweden, Christina sought to turn the rather backwards country into a beacon of enlightenment. Even enticed French Philosopher René Descartes to come to her court in quite provincial Stockholm. (He eventually got sick and died before he could escape to more hospitable climates.)

There was the intrigue around how she got enamored with Roman Catholicism. Or was it just the idea that in Rome there was all this Renaissance art and culture? Eventually she converted to Catholicism, which led to her abdicating the Crown of Sweden (though much later in life, she still demanded to be addressed and treated as Royalty).

Finally her long and winding journey (or rather series of moves) across the European continent to end up in Rome.

The biography provided lots of insight into her life and what motivated her many schemes and adventures. As I read the biography, that whole period of Swedish and European history came alive to me. And I connected things I’d never noticed in history lessons.

In many ways, reading a biography is our best opportunity to step into another person’s life and times. We get to see things from their vantage point (especially true for an autobiography) and how through their life, one thing lead to another, one experience at a time. For some people that is a series of events preparing them for one particular event where they will face a major challenge or task that they couldn’t have completed without all that prep earlier in life.

Biographies can encourage us. They can prepare us for dealing with hard times in life by showing how others came through their hardships. Even survived unimaginably difficult times. 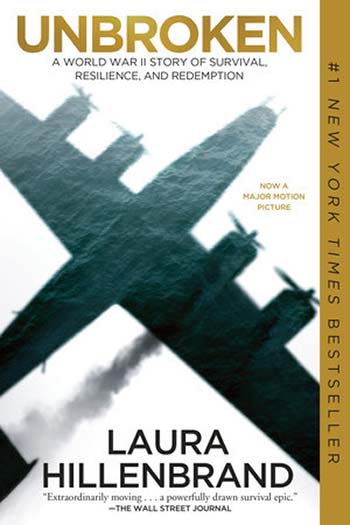 Unbroken by Laura Hillenbrand, is the story of Louis Zamperini’s life. From being a teen headed for trouble to Olympian runner to WWII aviator and Japanese POW camps that nearly killed him. But he came back to the US and went on to a long, successful life, inspiring countless people with his story and faith.

Unbroken chronicles all this in a very up close manner, where we are right there. In turn that makes it difficult reading at times. We’re in that raft floating aimlessly somewhere in the giant Pacific. We’re in the desolate prison camps where all hope is lost and yet Louis keeps going. We’re even there for his struggles after returning to the US once the war ended, trying to figure out how to connect with life again.

When reading a novel, a fictional story, even one about real events, it’s easy to question the characters’ actions, motives and how the plot lines are resolved. Because at the end of the day, the author contrived all this together to tell a story. No matter how real it feels, it isn’t real.

A biography on the other hand, carries with it the authenticity of actual people, actions, events. Of course there is filtering through the author (which is why we may find more than one biography about the same person, each telling their story from a different viewpoint).

But it’s still the same overall story, the same main events and same people involved. That anchoring in reality makes a biography so enticing: We long for authenticity. We long to know that others have been through all the ups and downs of life and we long to hear how things came out.

Biographies inspire, encourage, and spur us on as we deal with events in our lives.

As a writer trying to find time to work on my novel, I can relate to Jane Austen’s life and find encouragement in knowing that she too had to fight for time to write in the midst of everything.

The story of Queen Christina is a cautionary tale to not let grandiose plans run away with us. The Rome of dreams may not turn out to be so fabulous after all once we get there.

Louis Zamperini’s story is one of overcoming against all odds that also reminds us that nothing in life is wasted. Things he learned and experienced early in life became critical for his survival in prison camp and the horrifying experiences there in turn shaped and prepared him for his life and ministry after WWII.

Maybe most of all, biographies allow us to connect with other people and other times to remind us that we are not alone. That others have gone through life before us. And as they did, we can also leave our mark for those who come behind us. Because your and my biographies are still being written.

Reflection
Who is a person you are curious to know more about? Now go find a biography about that person and read their story, looking for how connections between their story and yours. Be inspired. Your new trip around the sun