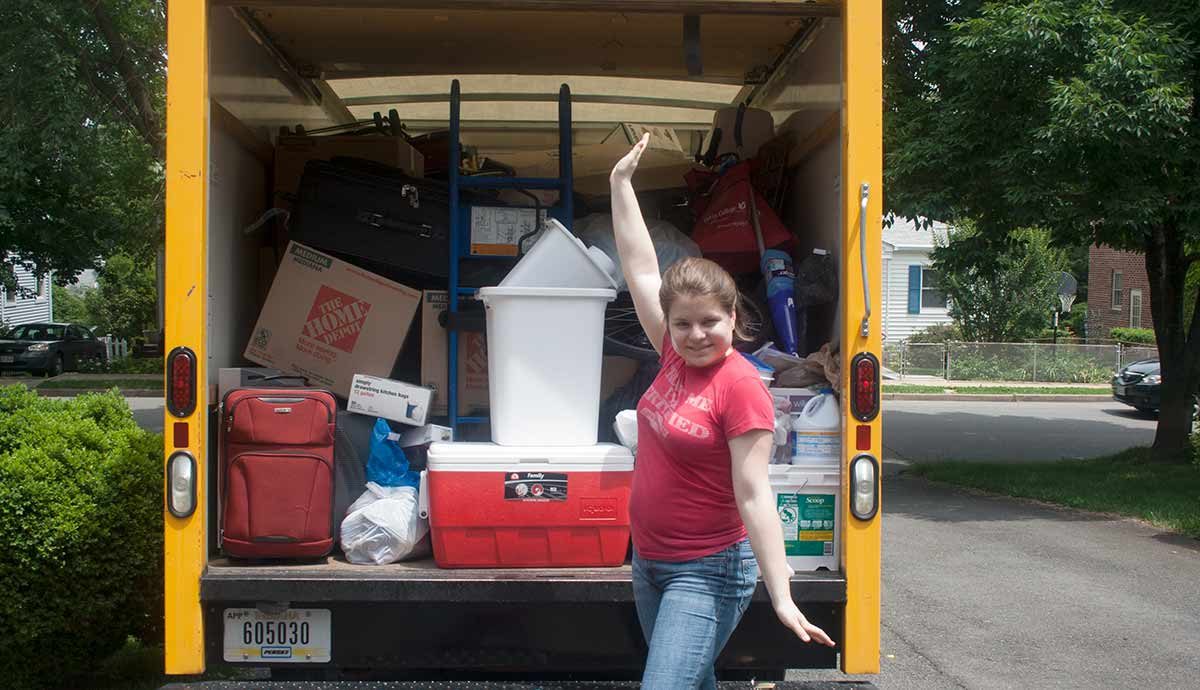 A friend lives in a darling smaller home in a suburb of a major metro area. The house is over 100 years old. I love visiting there because it feels so welcoming and home. My friend has told me that when they sell the house one day, somebody will snap it up for its location. The house itself will get torn down and a new house, 3x the size will rise in its place.

Meanwhile, there are fewer people per household now, so living space per person has nearly doubled from 1973 to 2015!

As if that isn’t enough, look at all the self-storage places, where we keep all those treasures we just don’t have room for in our ever bigger houses.

At the same time, there’s a movement of people who choose the opposite: minimalism. As a designer, I know that minimalism is often a lot more work than “all the stuff.” Holds true in life too. Tiny houses are all the rage, but actually living in one will definitely affect routines and habits. There less stuff to work with, and what is there has to do double duty.

So who is the happier person? The one living in a tiny house, who owns exactly 75 things? Or the one who lives in a McMansion, plus a double storage unit packed to the gills and a secure parking space for boat and RV.

Everywhere we turn, there’s someone or something telling us that if we just get this new car our neighbors will be put to shame, or with the new duds we’ll really be “in” and look like a million bucks.

Some people strive to always have more stuff. Because it will make them happier, more fulfilled.

Others strive to always have less. Because that will free them up and make them happier and more fulfilled.

Chances are that neither will be that happy…

Because if satisfaction in life comes from things (or lack of them), then we’re in a tough spot. We’re just never going to get there. And we certainly can’t take any of it with us when life is over.


No matter how awesome this piece of gear or that thing is, it won’t fix us forever. Get a new computer this year and it’s the best and fastest ever. But next year there will be a faster and better one out. Same with cars. I already mentioned houses.

And don’t even start in on fashion and clothes. We could change our entire wardrobe multiple times a year and still not empty out the mall stores of “this season’s absolute must-have” pieces. Or just hang on to everything long enough, waiting for styles to cycle around.

So when is enough enough? I hinted at a possible answer earlier: Too many of us collect stuff and strive for more, not because we really want or need that stuff or are going to use it for some great purpose. We’re simply making up for something missing deep inside us. 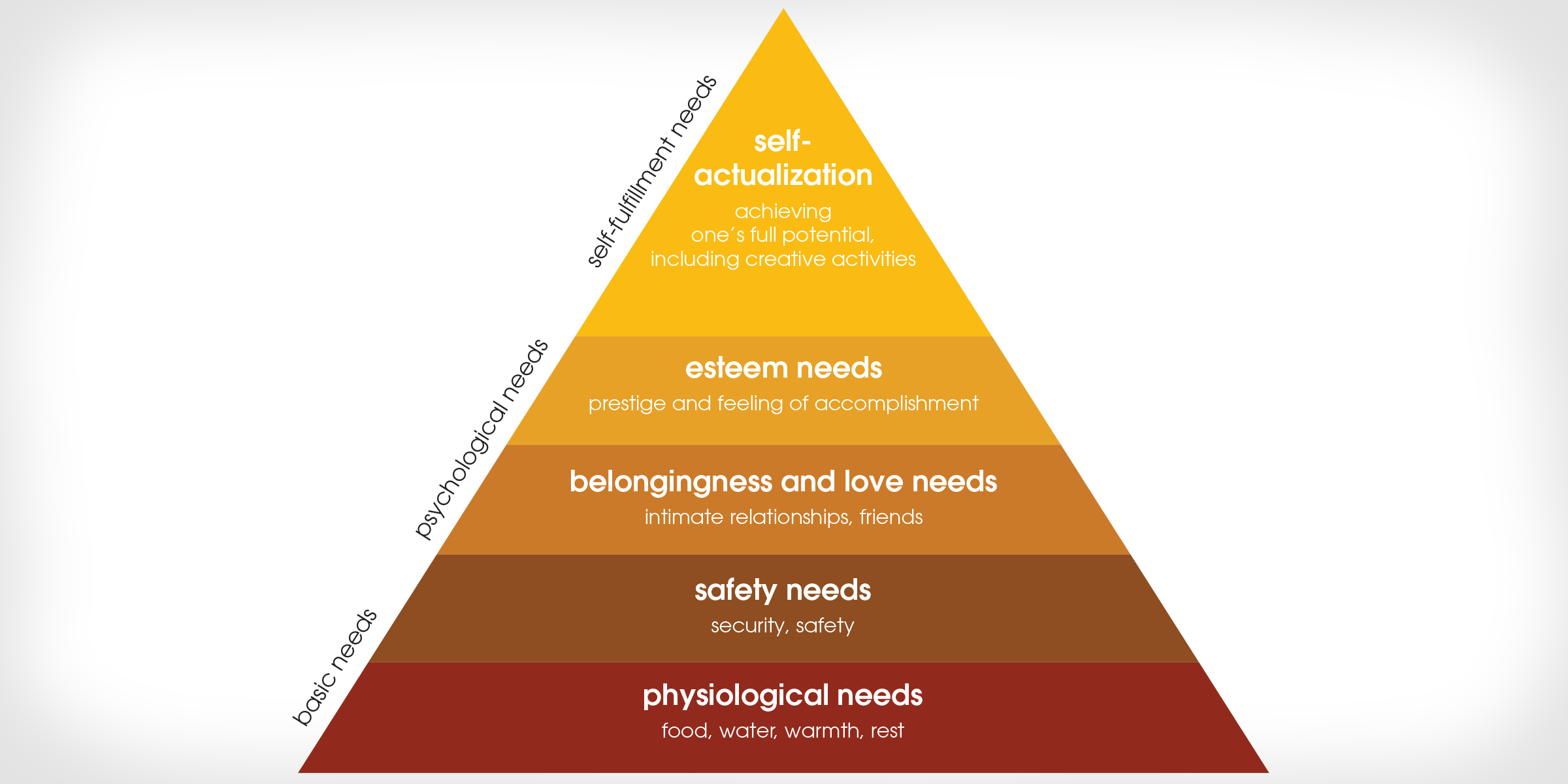 It could be that at some point in life we really struggled with basic needs not being met. Maybe we lacked security or basic things like food and shelter. (More about the hierarchy of needs here.) That can come back to haunt us and we spend a lifetime trying to compensate. Like Scarlett O’Hara famously said in “Gone With the Wind”: “As God is my witness, I will never be hungry again.”

Just like that hole deep inside can make us collect (hoard) stuff, it can go the other way: Where we decide that we will not collect stuff and so go without, to our detriment. It’s one thing to choose to not have a lot of stuff. Taken too far, that can also be unhealthy and leave us without when we really have a need.

Neither case will be resolved by decluttering or just forcing oneself to get more stuff. It’s not simply about “get over it”, although there are TV shows suggesting that: Just have someone come in and clean it out for you. There, issue dealt with.

But our relationship with things is complex. As humans we need tools and things to make it through life. So outside help and support may be necessary. It can be a good friend walking along with us and providing a point of reference that is more balanced than our own judgement. Or it may be a support group. First step is realizing there is a problem…

In the Sermon on the Mount, Jesus talks about not being anxious about where our food or clothing will come from. (Matthew 6:25-34) Rather than focusing on the things right here and now (food, clothing) that will soon be used up, he instructs us to first focus on the longer-lasting things, like how we live and invest in other people (relationships) that affect tomorrow and thereafter.

That’s not to say we shouldn’t work and provide for ourselves and our families, for other places in the Bible very much talk about the need to do that. It’s about what our focus is. Is it on our things or on what lasts into the future?

Put another way: Does my stuff own me or do I own my stuff? When do I have enough to do what I was put on earth to do? If all was gone tomorrow, what would I do?

My insurance agent likes to remind me that I should have a detailed list of all my possessions and their value for the day when disaster hits and it all needs to be replaced. But would it truly all need to be replaced?

Anyone who has ever moved knows the answer: No. We collect things we don’t need. That becomes very evident when you have to pack it all up and move it to a new home. We tend to get rid of a bunch of stuff at that point.

The Apostle Paul found himself in quite a variety of situations and had this to say about stuff and living:

I’ve had people tell me that you should never be content, because then you don’t have any drive to push to get more. I see where being content would make you less greedy. (Figure that’s a good thing.) But I don’t see that being content will make you less motivated to improve life or grow your business. Just less anxiety doing it, because it’s no longer just about the stuff.

Content is not complacent. It’s recognizing that what I have is what I’m working with and making the most of it. Sort of like MacGyver. He never worries about what he doesn’t have. Just makes what he needs from found objects and saves the day. We could all use being a little more like that.

That state of being content whatever the circumstances doesn’t just happen. But it is something we can learn. A friend who has Parkinson’s Disease told how he starts each day by expressing gratitude.

With a degenerative disease, you might not think that he has much to be grateful for. The way he sees it, he does. Things like still being able to work and do what he loves most.

All of us, when we really think about it, have a lot to be grateful for. Once we start expressing that, we just may find that our perspective on the world changes and it’s easier to handle whatever was causing anxiety and our messed up relationship with stuff. I’m not saying it will fix everything. But practicing gratitude will help, even for the rare one of us who is in perfect balance with his or her stuff.

I firmly believe that when we practice contentment and gratitude consistently, far from making us passive, it actually gives us strength to move forward to deal with difficult things in life, in the end freeing us to be who we were meant to be.

We are also likely to find that we don’t need much of the stuff we were clinging to and are able to use things we do have to build relationships and help others around us.

Reflection
Are you in balance with the things you have?
Do you have too much stuff? Or too little?
Is the stuff you have making your life better and allowing you to connect with or help others?

Need support in dealing with stuff? There are help programs and support groups. A good starting place: clutterersanonymous.org

One thought on “When is enough enough?”