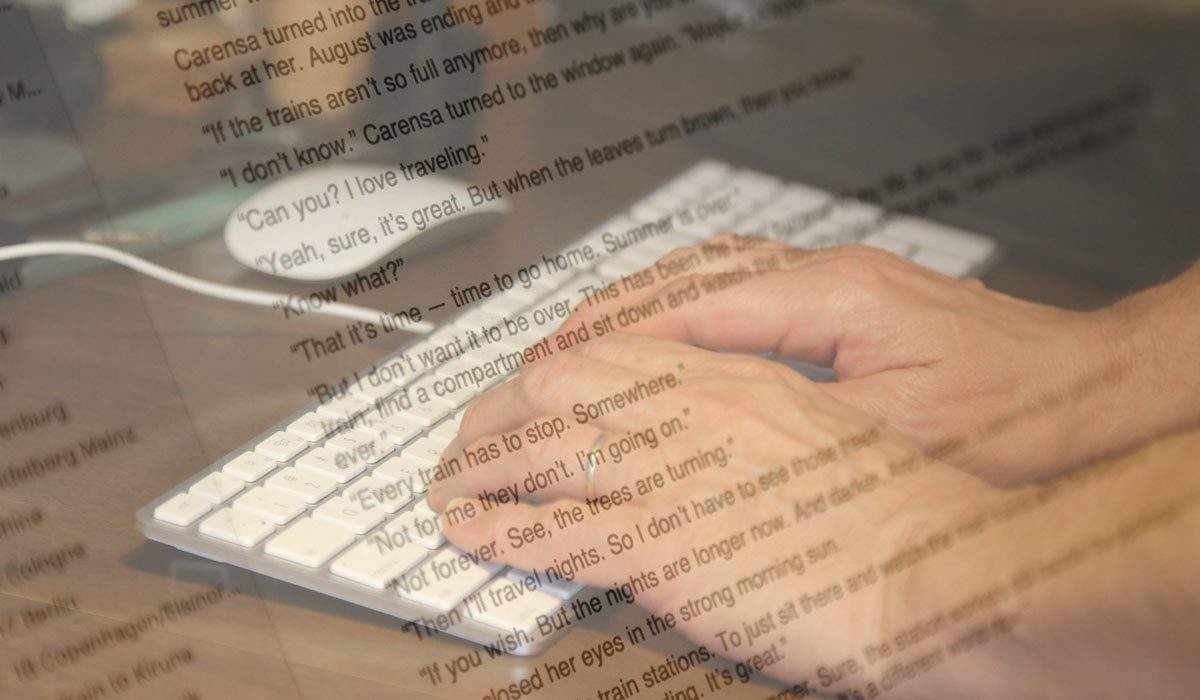 What do Jane Austen, Igor Stravinsky, Franz Kafka, Benjamin Franklin, Henri Toulouse-Lautrec, Stephen King, Sylvia Plath and Maya Angelou have in common? All artists. Creatives. And they all had/have rituals for organizing their day and getting that creative work flowing.

There’s this idea that if we just wait for it, the Muse will strike (like a bolt of lightning) and inspire us. Then that masterpiece, that opus of a lifetime will just land in our lap (some typing may be required).

Maybe that does happen for some artists. Certainly didn’t happen for the ones mentioned above. Instead they each had/have a ritual to help them accomplish their creative work.

I know this because I just read Daily Rituals — How Artists Work by Mason Currey. A friend suggested it when I told her I was designing a daily schedule for myself to make sure I get the things that matter done (and not just the screaming urgent stuff).

First on his blog and then in book form, Mason gathered information on 161 (count ’em) creative people through the ages. From very different situations and backgrounds. Who lived in different eras. Who were/are creative in hugely different ways. Common for them all is that they had/have a ritual for not only harnessing and directing that creativity, but to make the most of it.

Because at the end of the day, we all only have 24 hours.

To be sure there are the true eccentrics, like Honoré Balzac. Part of his ritual was endless cups of coffee. Which I guess he needed, since his writing ritual went 1am-8am (no kidding) and then again from 9:30am-4pm, all fueled by coffee. Rumor has it that he downed as many as 50 cups a day — of really strong coffee. Balzac noted that he was wearing himself out with this schedule (but probably figured that his writing would be immortal).

Ernest Hemingway famously said: “There is nothing to writing. All you do is sit down at a typewriter and bleed.” More seriously, he noted that his best time for writing involved getting up at 5:30 or 6am:

“When I’m working on a book or a story I write every morning as soon after first light as possible. There is no one to disturb you and it is cool or cold and you come to your work and warm as you write.”

Based on the many artist profiles in Daily Rituals, Hemingway had lots of morning company.

It appears that for many of the artists included, morning is the time when they do their main work. Presumably because they’re fresh from sleep. Plus it’s before diving in to other activities that would divert focus away from their creative endeavor — be it writing, painting, sculpting, inventing or any number of other things. They set aside and (sometimes fiercely) protect that creative time from interference.

Then, with the creative time over around noon or early afternoon, they turn to other things, like meetings, phone calls, letters and so on.

The other commonality I saw was that a large number of the artists also take daily walks. Sometimes before doing their creative work. More often after. The time walking outside is rejuvenation time. Plus a change from sitting, focused, in one very small space. Some will carry a notebook to jot down inspiration when it might strike. For many the ritual of a daily walk is as important as their main creative work, precisely because the exercise helps fuel that creative work.

Each of us has 24 hours per day. No more, no less. We have to somehow fit everything into that.

Even Balzac’s 50 cups of coffee didn’t change that. They may have put him into hyperdrive for the moment, but magic always comes with a price. The book includes accounts of artists who relied on amphetamines or alcohol to get their creative juices flowing and to accomplish more. Of course the upper is temporary and unless your goal is to go out young in a blaze, it will backfire eventually.

A good reminder that rituals can be both good and bad. Choose wisely we must.

I started reading Daily Rituals because I was figuring out my own daily schedule: Where to fit in client work, business development, writing, communication, social media and so on. It’s easy to get overwhelmed or to end up putting off anything that doesn’t scream the loudest at the moment. In that process, it was really helpful to see how others worked through those same issues and arranged their days.

Being my own boss, I have a lot of control over my day. I can actually decide when and where I work. Could be at 1am in my jammies. (It isn’t, but it could be.) That said, I also have lots of things flying at me. That can totally take over the day in seconds. And then I don’t get any of the important things done.

Let’s also face it that we all have routines. Even when we don’t want to admit it. Because the word “routine” has gotten a kind of bad rap. “Routine” is perceived as boring, happening all the time and not valuable. Instead we want excitement, uniqueness and new. Shiny. Squirrel.

Spending an hour or two reading email and surfing the web and social media in the morning is easy to do (and rationalize). But not productive. Yet do it for a few days and that’s a routine, a ritual, and it can actually be hard to drop it.

Encouraged by all the artists who focus on their most creative work first thing in the morning, this spring I’ve set out to follow in their footsteps. Because doing the most demanding creative work when I’m the most fresh makes sense. Plus with a routine, a ritual to follow, I don’t have to do deep thinking in the morning to decide how to spend the day. I just go and do the ritual.

In this experiment, I make writing time the first thing, from 7:30-9am. Then a quick 3 mile + walk (that is also podcast time, thinking time or a chance to make audio notes on projects). From 10:30am until noon, I’m back at my desk for more writing or business development.

Client work, social media and emails all happen in the afternoons.

There — that’s my daily ritual. Practicing it now, one day at a time making it into a habit. As I do, it certainly helps to know I’m in good company of some of the great artists.

Reflection:
What are the routines or rituals you use to get through the day? How do they help you? Where is there room for improvement?

2 thoughts on “Routines and rituals — good or bad?”