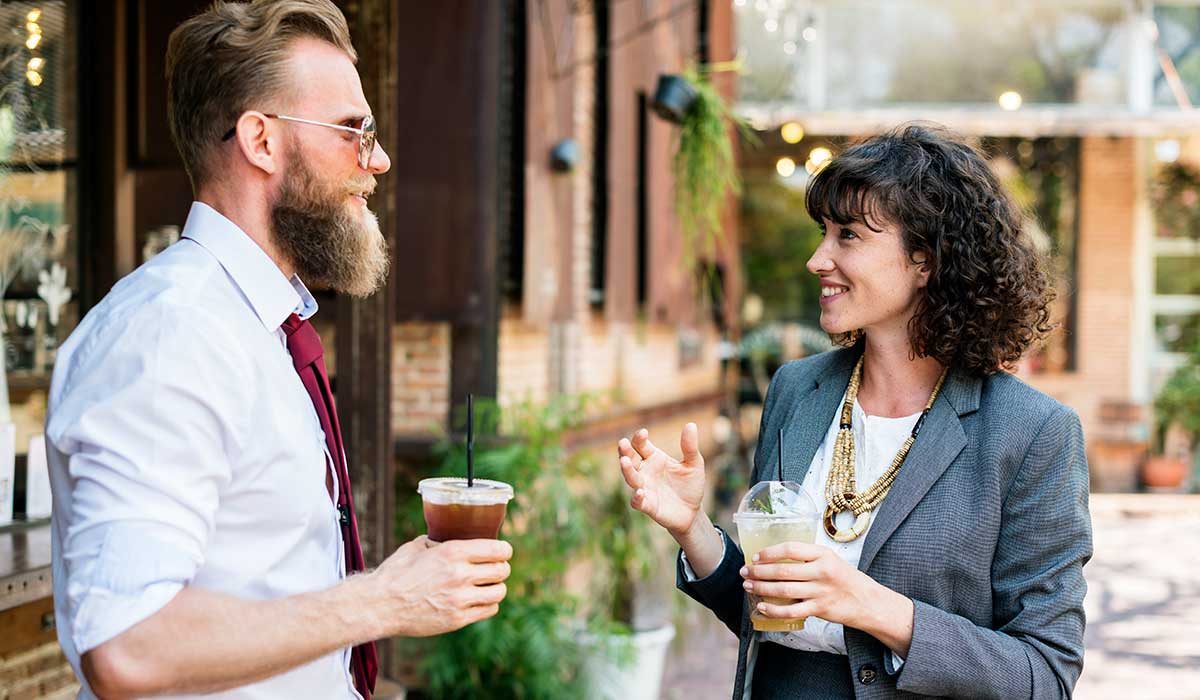 Frasier Crane, of the TV series “Frasier”, would greet his callers with “I’m listening” and almost always that meant that mayhem was about to ensue and he would hear next to nothing of what the caller was saying.

All too often, that’s how being listened to seems to work. Yet what’s funny in a sitcom on TV is not so funny in real life. We all want to be heard, to know that someone listened and understood.

When I worked with a non-profit that held marriage conferences around the US, I often talked on the phone with people who had been to one of those conferences. It never ceased to amaze me how people in that phone call would open up and tell me their life’s story, or at least about the problems they were going through with their spouse or kids right now. It wasn’t like I was going to be able to fix it for them. I couldn’t just say, “I totally understand. I’ll be over in 5.”

I might never speak to that person again. Sometimes though, there would be a number of conversations and we’d keep in touch for a long time.

Sure, I’d offer tips for how they might approach their situation towards a resolution. But for the most part, what those folks really wanted, and needed, was to know that someone listened to them. That they got to express themselves and were heard.

Think of when you go to a restaurant. The waiter comes to take your order. Let’s say you order the Reuben sandwich with fries, not chips, and a small bowl of fruit. Hold the pickle.

What is your reaction if the waiter says: “Okie dokie” and disappears?

Or what if the waiter says “That’s one Reuben sandwich with fries, not chips, and a small bowl of fruit. And hold the pickle.”?

If what you get is the last line, you’ll feel quite confident that the waiter got your order right and you will dine on what you asked for.

That may of course also be the case with the first 2 responses, but let’s face it, you are either going to worry about what will actually show up when the food comes or you are going to ask the waiter to repeat the order to you. Because the response in each of case didn’t make you feel like you were correctly heard!

We all deal with that. Not just at the drive-in or a restaurant, but in all kinds of interactions and conversations. Our thoughts matter and we want to be heard.

So how do I make sure that the other person feels listened to (and really is)? And that I actually listen to that person and remember what they said (instead of just thinking about what clever thing I can say next)?

Be present and lean into the conversation

That includes putting away the ever-present phone and turning off the TV. Do all you can to control the environment to communicate to the other person that you are indeed listening.

Engage your own body language. Stop what you’re doing to face the other person. Lean forward, into the conversation. Look at the person you’re talking with. Make eye contact.

When I worked behind the camera in video production and somebody else was doing the interview, I’d listen like a hawk for anything in the audio that might interfere and I’d watch that the image was perfect. At the end, I could verify that it sounded good, BUT I had very little idea about the content of the interview. Because I wasn’t listening for that.

Conversely there are conversations I had a long time ago that I can still recall the content of. Because I was participating and listening in the moment. My brain was very much engaged as the conversation happened.

Much of our communication is body language. So note how the other person sits, stands or moves during the interaction. All that contains lots of clues about how they feel that can help us decipher the spoken words.

When I ask a question, I engage. I have to use info I’ve processed to come up with what to ask and the question can lead further in the conversation. The other person will take a question to mean interest and be encouraged to tell you more.

Some questions call only for the briefest of answers: “Yes” or “No”. Better is to ask open-ended questions: “What can you tell me more…”, “How did that make you feel…”, “Can you elaborate…”

I worked with a mentor who is quite brilliant at analyzing business issues and very quickly has an answer. The problem is that she doesn’t want long explanations. So she expects those she works with to state their challenge very quickly and then she’ll have a solution or next step for you to take.

But while I walked away feeling I just got some really great insight, I never felt listened to. And that feeds insecurity. So a bit self-defeating for mentoring that’s supposed to build up the person being mentored.

Contrast that with my experience chatting with tech support recently. I explained the problem and the support person came back: “Sounds like a setting is missing. Here’s an article that explains how to set that value. Would you like me to take care of that for you?”

The tech person confirmed that he had heard what I explained about the problem. (Without making me feel stupid.) Gave me the tool to fix it myself (teaching) and offered to fix it (which would be faster than if I did it). I came away with problem fixed and confidence that I knew how to never have this issue again. Total win. I certainly felt listened to.

Much of the time, you or I don’t really want someone to fix things as much as we want to be heard, understood and come away feeling that our view matters. When that happens, we can even agree to disagree on things and still be friends.

Repeat back what you just heard

Back to the restaurant and the waiter. When you express back to me what I said, in a way where I understand that you heard and processed, I will feel that we have a connection. That in turn will encourage me to open up further and tell you more.

That’s 5 key points good for conversation and connecting with people in general.

What if you are two people on opposite sides of a charged issue, like so much of the current political debate? There it’s even more important to use good listening skills, especially since so many people are inclined to tune out anyone who doesn’t agree with their view.

To be honest, don’t you want to find out (at least a little bit) why that other person believes what they believe and take the position they do? Often I will understand my own position better when I also understand what made someone else take an opposing view.

At the end of the day, we’re all humans. And none of us has a monopoly on the truth. So we need to listen and understand.

There are folks I know who no matter what I say, I feel never actually hear me and they’re just not that fun to be around. Then there are others where when we start talking, the conversation flows freely and I come away feeling that we connected. I heard them and they heard me and life is good.

That’s the kind of person I want to be. When I say “I’m listening”, I want it to be for real and plan to remember that conversation for a very long time. How about you?

Experiment
The next time you’re in a conversation with somebody, try one or two or all of the tips above and see what happens. Chances are good that the other person will be encouraged to talk more and go deeper with you.

Giving thanks — not just for one day of the year