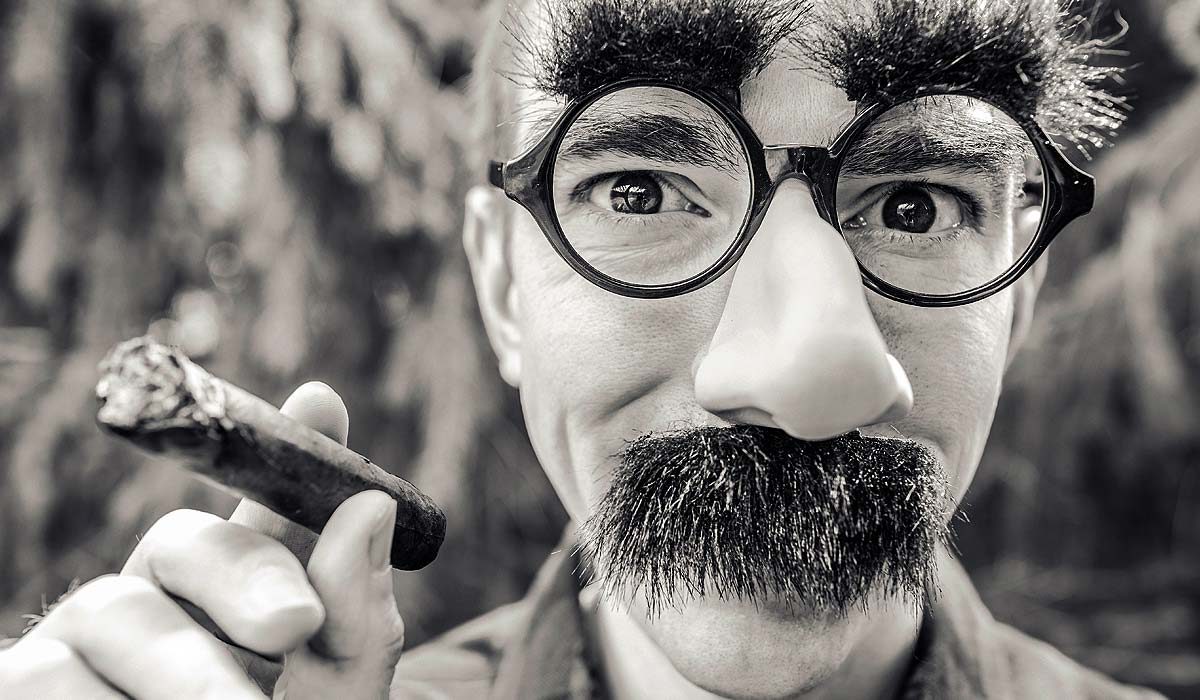 There’s a novel called Deceptions by Judith Michael that was turned into a 1985 TV-miniseries starring Stefanie Powers and Barry Bostwick. It’s the story of twin sisters: one is single, one is married with children. Both are miserable in their present lives and come up with a lark: Let’s trade places. To try a whole new life. Just for fun. Just for a couple of weeks.

Except events they never anticipated take place. One sister ends up dead and the other is trapped impersonating her (now dead) sister, not belonging anywhere.

No wonder the story was named Deceptions.

“Oh, what a tangled web we weave…when first we practice to deceive.” ― Walter Scott, Marmion

Surely nothing that outlandish would happen in your life?

Except, there are other deceptions, much closer to home:

You’d think that these 2 forms of deception would have very different outcomes. But in the end, it’s very similar: Relationships are hurt. Trust broken. Friendships killed.

Either kind of deception can be quite hard to detect, because humans are very complex, with a lots of emotions and things going on. Plus, even with a really good friend or a spouse, we truly don’t totally know everything about them. Because we can’t get inside their head.

“People trust their eyes above all else – but most people see what they wish to see, or what they believe they should see; not what is really there” ― Zoë Marriott, Shadows on the Moon

When we deceive others

This is what most people think of if you mention deception. And it’s what the sisters in the book and miniseries set out to do: Let’s fool everybody else and have some fun.

“Never attempt to win by force what can be won by deception.” ― Niccolò Machiavelli, The Prince

Deceiving others can be intentional or unintentional.

Intentional means we planned it. It’s deception by commission. We know we’re hiding some things, fabricating others and set out to create an impression that we want others to have, even though it is nothing like the real deal. It’s false. Fake.

Unintentional deception is when in the course of interacting with others, we realize that they think we’re something that we’re not. We can choose to correct the wrong impression. At an early stage, it’ll probably cause a moment of embarrassment and then we can all move on and even laugh about it.

But if we pass up that moment for revealing the truth, the stakes get higher, because the deception just became intentional. Now there’s much more to lose if it’s revealed.

There’s also deception by omission. We neglect to give another person all the information. That would quite possibly have given them a different understanding of us or the situation. So I only tell the parts that make me look good and leave out what doesn’t. All to make sure the other person gets a favorable impression of me.

Or there’s the boy who wants to impress the girl he’s infatuated with. She appears to like classical music — which he wouldn’t be caught dead listening to. Yet he endures going to a violin concert with her. Because that will surely add up to a lot of points and win her heart.

Sometimes the deceptions are big. And quite likely to totally fall apart if the relationship goes on.

That boy who wants the girl to like him so much that he’ll do what he hates — the truth about their totally different music tastes will come out eventually. When it does, it’s likely to shatter (some of) the trust that they’ve built up.

Sometimes the deceptions are small. But even little things, when exposed, can do major damage to trust. Because to find out after a long time that something rather small and seemingly inconsequential was a deception, makes us wonder what all else was a deception. If my friend lied about this one little thing, maybe there are other, bigger things that are also lies.

When we set out to deceive people around us, there will be damage to trust built up in the relationship once the deception is revealed.

Worst-case scenario is another person appearing to be a friend, when they’re really out to con or even hurt you.

When we deceive ourselves

We know a certain amount about people around us, but not everything.

Guy meets girl. They spend a little time together. Guy convinces himself that girl loves him. That this is the one. In reality, girl thinks he’s a good guy, but not really that into him. Great plot for a movie. Depending on how you go with it, it can become a delightful romcom or a sinister horror movie.

“The greatest deception men suffer is from their own opinions.” — Leonardo da Vinci

The relationship will crumble.

Some people get stuck in this self-deception about another person with long-lasting consequences.

The girl falls for the bad boy. But to her he’s not headed for a life in and out of prison. He’s just misunderstood and she can bridge the gap and fix it.

Or guy falls for girl and decides she’s utterly perfect in every way. As in she can’t possibly ever do anything wrong. Reality is that she’s human. If they stay together, sooner or later, he’ll have to face that fact. She isn’t perfect. Will he be able to handle her falling off the pedestal?

I may meet someone for the first time and spend an afternoon together. At the end of that time, I know a little about that person. Maybe we talked about likes and dislikes, what we do for a living, a bit about where we’re from. And found a few things in common.

But our minds are great at filling in the gaps. Which is awesome in story telling in a book. The author only has to give a few key pieces of information and the reader will rapidly fill in the rest. All to create their own mental image of what the character in the book is like.

Not so good in real life. I know some things about another person and then fill in missing pieces to create a fuller picture. Assumptions. Guesses. About their ethics, honesty and a myriad other things.

I might make myself think that I and the other person are much closer friends than we really are. That I can count on them far more than they are willing to be counted on.

Or it goes the other way. That I don’t trust a friend who would actually do just about anything for me. If I’d let them.

This self-deception is hard to deal with. Because the argument isn’t with another person. It’s me and the imaginary picture I’ve created of them. Something I have to sort out for myself.

Even so the deception will hurt the real relationship. Boundaries may be overstepped. Assumptions made that quickly lead to real hurts. And broken trust.

Or the deception puts up walls that shouldn’t be there. So the relationship suffers by never becoming as close as it could have been.

To guard against those who would deceive others, it’s good to experience people in a variety of situations. Both where they claim to belong and also where they are out of their comfort zone. With other people around. That helps build a more wholistic picture of who the other person is.

If the only time I see my friend Bill is at one social event every month, I really don’t know much about what he’s like the rest of the time. On the other hand, if we interact multiple times, one on one, in groups and a variety of settings, I get a much fuller picture and I’ll be better able to spot any deception.

Plus, I should listen to what others around me say about them. Because they may catch things I’ve missed.

The same applies to self-deception about others. The more different settings I see that person in and the more varied ways I spend time with them will help me understand them better and also not be as likely to create an embellished imaginary version of them.

Most of all, we need to be aware that not everything is what it seems. And that just because I want another person to be a certain way, doesn’t mean they actually are.

Because we all have faults. Flaws. Shortcomings. Nobody is perfect. And when we realize that, we can accept each other for who we really are. And find real friendship. Closeness without any need for deceiving others or ourselves. The kind of relationship where we can make it through thick and thin. Because we know that the other person is the real deal.