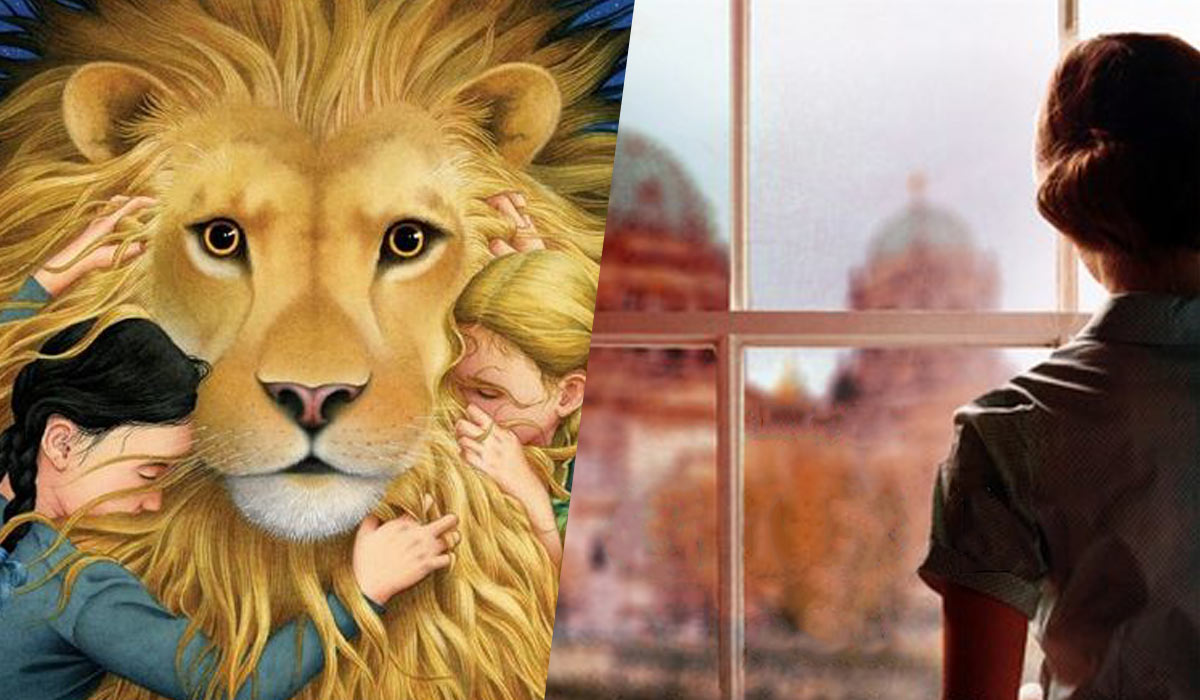 I have a special fondness for book series. That can be a number of books that cover a common story arc or theme, or the same main characters feature in several books. Either way, we get to see story and relationships play out over a longer period of time.

A few book series that randomly come to mind:

The Hobbit and The Lord of the Rings

Recently I’ve read 2 other book series. One was a revisit, because I read those books many years ago. The other I came across recently and randomly, so actually started reading in the middle of the series. Because I didn’t know the books formed a chronology with the same characters.

The Chronicles of Narnia

For many people the first book, The Lion, the Witch and the Wardrobe is synonymous with The Chronicles of Narnia. So they stop after reading one book. But there are a total of 7 books in the series.

Yes, the main characters in the books are children. Except these are not “just” children’s books. They are in a very real sense books for all ages.

“One day, you will be old enough to start reading fairytales again.”

That really says it all.

I just re-read the entire series. It had been long enough since the last time that I’d mostly forgotten the plot lines of the later books. Reading them again was like a wonderful reunion. Like meeting an old friend you haven’t seen for the longest time and immediately feeling both welcome and reconnected.

The heroes in the books may be children, but the story arcs are definitely not childish. Part of C.S. Lewis’ story telling genius is how he weaves deep life and spiritual truths into the story. We learn about right and wrong, about empathy and compassion, about the fight between good and evil and why on our own we’re not smart enough to master the world. All without feeling like we’re reading a theological treatise or being preached at. It just unfolds as part of the story.

With 7 books in the series, it’s important to understand how they are connected. There is some argument about the best order to read the books in. There’s of course the order that Lewis wrote them in. But there’s also an order based on internal chronology, especially as to when things happen in Narnia.

So it might seem like a good idea to read the books in the order in which they take place in Narnia. You know, to get the story chronologically. From start to finish.

Except then we’ll miss out on some of the wonder of discovery. Because when Lewis wrote The Lion, the Witch and the Wardrobe, he intended it as a stand-alone story. Nothing more. We’re introduced to the world of Narnia with no prior knowledge. Everything is new and unfolding. Just like it is for the Pevensie children.

In subsequent books, we learn more about Narnia. It’s like visiting a place and spending a little time there. Then you come back and discover more. And more.

For that reason, I’m recommend reading the books in order of publication:

The Lion, the Witch and the Wardrobe

The Voyage of the Dawn Treader

The Horse and His Boy

Through the books series, we gradually discover more of the world of Narnia. Just like Lewis himself did while writing them. Because he didn’t have a series planned out. It was going to be one book. Then another came along. And another.

Eventually there was a series and a world created, with a beginning and an end.

And somehow, through these fantasy books, we can learn to understand our own world, that we actually live in, much better.

That’s part of the magic of Narnia.

Part of Lewis message is that for us to truly understand some of these big concepts, we need to approach them like children. Wholehearted and unreserved. Just like Jesus said: “Let the little children come to me, and do not hinder them, for the kingdom of heaven belongs to such as these.” (Matthew 19:14)

That is in contrast to the “adult way” of tending to always look for that an “angle”.

The Chronicles of Narnia is wonderful storytelling. And easy to read. So don’t stop with the first book. As enchanting as that book is, it gets better, much better, when we dive deeper in and experience all the books.

And through it all, there’s Aslan. Always Aslan.

“Aslan is a lion- the Lion, the great Lion.”

“Ooh” said Susan. “I’d thought he was a man. Is he-quite safe? I shall feel rather nervous about meeting a lion”

“Safe?” said Mr Beaver “Who said anything about safe? ‘Course he isn’t safe. But he’s good. He’s the King, I tell you.”

C.S. Lewis, The Lion, the Witch and the Wardrobe

I first discovered The Chronicles of Narnia a long time ago. A really long time ago. Then I of course saw TV versions and the movies. But none of those take on the whole story. So it’s delightfully refreshing to rediscover the books. I have no idea what C.S. Lewis expected when he penned the first book. Did he know he was creating a world that would go on long after he was gone from this world? I doubt it.

I rather think he just liked story telling and being able to tell deep truths about life and faith in ways that would appeal to kids and adults alike. In that he was and remains a true master.

You can find everything Narnia here.

The Catherine and Liam stories

This book series doesn’t actually have a name. Author Ronald H. Balson doesn’t refer to it as a series on his website. So is it really a book series? I’d say yes, since Balson has by now written 6 books that all feature the same main characters:

Catherine Lockhart, lawyer, and Liam Taggart, private investigator. Their home base is the North Side of Chicago. Although their cases take them far and wide.

Each book centers around a legal case playing out in the present. One that involves Catherine and Liam working to sort out what really happened and sometimes even what’s really at stake.

But this present-day storyline hinges on events that took place decades ago, in very different places. Balson’s message for us is that history affects lives today. And the past should not be forgotten or swept under the rug, but be reckoned with.

This also means these books won’t appeal to everyone. If you don’t care for storylines where things are happening in a present and a past and we’re waiting to find out just what the connection really is between the 2, then maybe move on to books with their entire story set in one timeline.

Also, if you don’t care much for history and believe that we pretty much just need to get over what happened and move on, then these books are not for you.

But if you, like me, recognize that we live in an unfolding universe where things past and present are connected and yesterday shapes today and tomorrow, then you’ll enjoy these books. Because finding connections to and understanding the past, helps us deal with today and prepare for tomorrow.

Balson has practiced and taught law in Chicago for many years, which adds to the realism of the storylines. Because some of the things going on get very intricate and hinge on fine points of law. Clearly there is much more to law practice than meets the eye. Or the average TV legal drama.

In the first book, Catherine and Liam are good friends. They’ve known each other for a long time. As they work together to solve a legal case that refuses to go away, they become romantically involved. The relationship develops in future books: They get married and have a child. Deal with work, family and all the twists and turns, ups and downs of life. They do make a great team, both working together and as a couple.

Later books also contain references to cases they worked on in earlier books. So clearly these are books that ought to be read in the order written.

That said, I didn’t know anything about this being a series when I stumbled upon one of the books. Only as I read the book did I realize that Balson had written more books, and by the way, I was reading book 4 in a series.

So when I eventually read the first book in the series, all of a sudden a lot of things fell in place. Now I got to see how Catherine and Liam became a couple and how she started her own law firm. Plus, now I understood references and comments to the past.

It does pay to start at the beginning, even with a series where each book stands on its own and is a contained story. Because there’s that all-encompassing story arc and an underlying context that keeps evolving.

Fortunately, Balson makes it easy. To date there are 6 books featuring the Catherine and Liam duo and the order they were written is also the order of the story arc, so make it easy on yourself and read them in that order:

Once We Were Brothers

The Girl from Berlin

Reading these books, I find it hard to put them down. Because it seems we’re always about to turn over another piece of the puzzle. And Balson doesn’t make figuring out who are the good and bad people all that easy. It’s frequently not at all what it seems. But that’s part of real life too: Sometimes what seems good hides secrets and eventually turns out to be bad. And the other way around.

You can learn more about Ronald H. Balson and his books here.

One appeal with reading a book series is that you get more deeply immersed in the world in the books. Plus you follow the characters over a longer period of time and see how they act and live life.

That part is especially interesting to me, because while it can be very engaging to connect with a story character for the span of a short story and we can learn a lot from that, there’s even more engagement and enlightenment gained from following a longer story arc, seeing how things play out for the long haul.

In a world that’s overly focused on right-now gratification, we need to be reminded that life is best lived for the long haul. 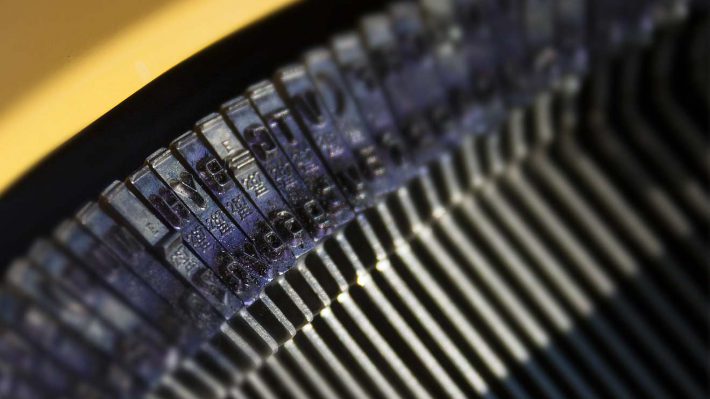 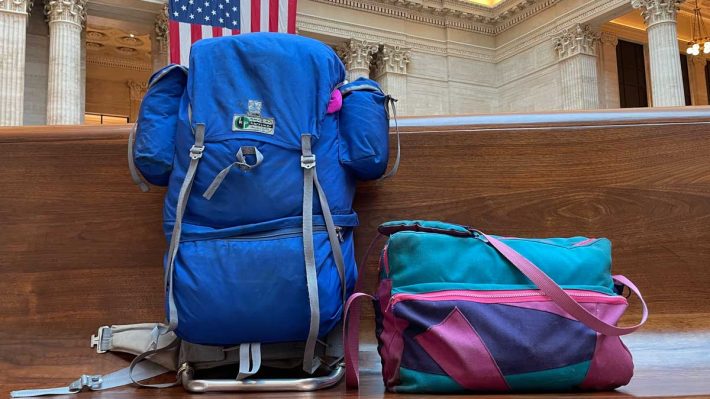